Why you might lose customers if they trust you 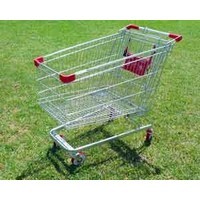 The comedian Barry Sobel used to do a funny bit about his dad’s favourite sayings. One of them was “That’s how they get you!” – his reflexive warning to anyone falling for a business’ blandishments. Free overnight stay if you’ll listen to a time-share pitch? Hang on to your wallet. Loyalty rewards? What’s the catch? Bread with a meal, at no extra charge? That’s how they get you.

If you’re running a business, this is what you contend with: the rampant assumption that your main goal in life is to part fools from their money.

The spate of recent books advising companies on how to gain people’s trust would indicate that the suspicion has only gotten worse. Is that the fault of businesses? Most assume yes. Listen, for example, to Don Peppers and Martha Rogers. In Extreme Trust: Honesty as a Competitive Advantage, they write: “Untrustable business models thrive in our economic system today largely because being untrustable can be highly profitable – in the short term anyway – and many businesses are managed almost entirely for short-term results.”

Rohit Bhargava, in Likeonomics, tells us: “The first and most basic reason for distrust is because there are so many companies and people who choose to lie to us either by making misleading claims or simply by hiding the truth.” And these are from the authors who want to help business (as opposed to, say, David Cay Johnston, whose forthcoming book is titled The Fine Print: How Big Companies Use ‘Plain English’ and Other Tricks to Rob You Blind).

The books offer a variety of solutions. Peppers and Rogers say that to overcome customers’ suspicions that you’re a scam artist, you must go to extremes to show you’re on their side. Beyond trustworthiness, you must achieve “trustability”. It’s a more proactive stance that has you not just keeping up your end of a bargain but ensuring that the bargain is the best one from the customers’ point of view – and even saving customers from their own mistakes. Bhargava thinks the key to being more trusted is, as in personal relationships, to be better liked. Still another book, by Ed Keller and Brad Fay, suggests it’s the facelessness of the modern multinational that makes people wary. The Face-to-Face Book is wordplay to remind us that, as much as we love social media, we still trust the friends we see most in the “real world”. So give up on earning trust as a company; instead, get real people having real conversations to act as your proxies.

Against this chorus of business blamers and fixers, the Yale economist Robert J. Shiller strikes a very different note. In Finance and the Good Society, he agrees that trust in business has been shaken (and cites, as they all do, the Edelman Trust Barometer as evidence), but Shiller doesn’t think it’s because business has in fact become more devious. Rather, he argues that a “great illusion” has taken hold in the public, whereby corporations and wealthy individuals are thought to “have an interest in ‘conquest’, just as states were once thought to have.” Shiller points out how that defies logic. Only companies that serve their customers well remain in business.

Shiller is probably right that business is not getting less trustworthy. It is not even clear that business is less trusted. (Despite what people tell opinion surveys, their buying behaviour shows them placing more trust in businesses every year.) The real problem might be that, as time goes on, consumers are increasingly being placed in situations where they are forced to trust – and they resent that.