Why your strategy isn’t working 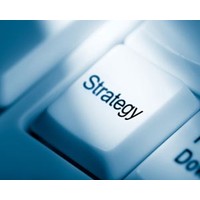 Companies today are mixing up strategy and goals with dire effects, says Richard Rumelt, the Harry and Elsa Kunin Professor of Business & Society at UCLA Anderson, a graduate school of business and management. Companies claim they have a strategy, but they do not.

He tells LeadingCompany while visiting Australia this week: “I am old enough to have seen back through generations, and people today tend to equate a visionary, bold sense of the future and the setting of a goal with strategy. That isn’t what strategy is. Strategy is how you are going to move forward.”

The impact of this misunderstanding is that companies set strategies, often many at one time, and fail to achieve any of them. “Many companies say their mission to make the world a better place. It is a bunch of nonsense. Who is the audience for this? People know it is just puffery.

“The problem for someone who wants to take strategy seriously is that they are surrounded by bad examples.”

Why strategy has gone wrong

Popular culture and management theory has contributed to the demise of concrete strategy in both corporations and in government, Rumelt says.

“There is fluff, there is using fancy language to cover up a lack of substance. There is a lack of identifying the challenge. That means that if President Obama says, ‘We want to graduate more people from college than any other country, or create civil society in Afghanistan, is it a goal or pipe dream?”

What is missing is an analysis of the problem, he says. “The other approach is to try to say, why is this so hard, why the struggle? The starting point is a diagnosis of the nature of the challenge.”

Another distraction from creating good strategy is “medium term budgeting” – the attempt by companies to predict their people and capital needs for three to five years, Rumelt says. “That is very important, but a food fight over resources is not strategy. Strategy is about the most significant challenge facing the company.”

Unfortunately, many leaders are unwilling or unable to define the nature of that challenge.

Choice is not helping

The many strategic issues facing leaders is a big part of the problem in getting strategy right, says Rumelt, who is a keynote speaker at the Creative Innovation conference on November 30 this year.  “There is always a long list of things the company wants to do. I call these the hangers-on; the payoffs to all the different interested parties in the process. This diffuses the company’s ability to act at all.”