Will tourist operators end up getting lost in Qantas/TA face-off? 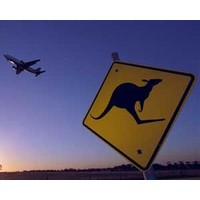 Qantas CEO Alan Joyce is a master of brinkmanship. The withdrawal of $44 million of marketing support to Tourism Australia based on the perception of a conflict of interest with the board chairman, Geoff Dixon, should not be seen in isolation.

Joyce has many levers of power available to him and has shown he is not afraid to use them. So far it has been a useful tactic in delivering the changes necessary to return Qantas to profitability and bring some sense of stability to this major Australian brand.

A year ago he took the unprecedented step in grounding the entire fleet to break a deadlock of rolling industrial action regarding changed aircraft maintenance. At the time Dr John Buchanan, director of the University of Sydney Workplace Research Centre noted that “more employers (were) taking a more strident position on their right to manage unencumbered”.

Global aviation is worth US$2.2 trillion in economic activity and supports some 57 million jobs, and in our part of the world, Qantas is a known and trusted brand. Tony Tyler, International Air Transportation Association (IATA) CEO and director general stated recently:

“Even six years ago, generating a profit with oil at a $110/barrel (Brent) would have been unthinkable. The industry has reshaped itself to cope by investing in new fleets, adopting more efficient processes, carefully managing capacity and consolidating. But despite these efforts, the industry’s profitability still balances on a knife-edge, with profit margins that do not cover the cost of capital.”

IATA has forecast net profit from the global aviation industry will run at just 0.6% for 2012. Yes, 0.6%! But Qantas has been awake to the changes required and has implemented many of the above mentioned reshaping processes so in this context its recent woes need to be put into perspective against the global industry backdrop.

Notwithstanding the current malaise, there are blue skies for operators ahead, with IATA indicating they expect a bounce back to 1.1% net profit for the industry in 2013. Perhaps that is why those who understand the underlying dynamics of aviation are now looking to shore up their positions with alliances, mergers and acquisitions.

To make sense of the most recent rumours of an impending Qantas share raid, takeover or management spill, it is worth considering the current economic backdrop. A small group of entrepreneurs with an eye for a bargain have reviewed the asset backing of Qantas and seen a hugely successful Frequent Flyer program, a very solid Jetstar business and a company that has been through several years of cost-cutting and consolidation with a foot in Asia and some powerful alliances.

What is not to like in this opportunity to leverage a national icon and household brand? The fact that the International Long Haul Pilots union are prepared to listen to a contrary plan for the airline has elevated the significance of this group of well-heeled, well-connected Australian businessman.

Reportedly a key linchpin in formulating a strategy for “regime change” at the carrier and outed recently by Joyce is former Qantas CEO, and present Tourism Australia chairman Geoff Dixon. The fact Joyce and Dixon have hitherto enjoyed a close personal relationship must be more than irritating for the incumbent.

The plans appear to have been orchestrated by Sydney venture capitalist Mark Carnegie and others mentioned as having been canvassed for interest include veteran advertising executive, John Singleton and former Qantas CFO, Peter Gregg.

Both the prime minister Julia Gillard who was hosting CHOGM in Perth at the time of the fleet grounding last year and her Transport Minister Anthony Albanese were blindsided last time out. The resultant 500 maintenance jobs axed in the accelerated cost cutting plans was not a good look for a party that depends heavily on union support.

It is little wonder then that both the government, through Minister for Tourism, Martin Ferguson and board members of Tourism Australia have moved quickly to back present chair Geoff Dixon’s position during the current impasse.

So where to from here, for the local tourism industry? Is there to be a substantial fallout for local tourism operators? The immediate sense is that the industry fears losing a common voice. It is true that unless this shortfall is picked up elsewhere, national tourism marketing plans will be impacted.

The fact that Qantas has moved quickly to allay such concerns by stating that it will ensure that funding set aside for marketing support is redirected into state-based initiatives must be seen as a positive. Many of these states and territory tourism authorities have struggled to operate effectively in recent years through substantial staff and funding cuts.

When looking at national campaigns aimed to draw more inbound visitors many in the industry are still scratching their heads over recent outings such as the Baz Luhrmann Walkabout campaign and the now infamous “Where the Bloody Hell are You?”. So perhaps with the requisite funding we may just find a few creative jewels in the rough. Perhaps we need to address the caveat in this debate – that being the time frame.

It is important to note that the current Qantas/TA contract expires in June next year and support has been pledged by Qantas into activities with Tourism Australia in April 2013 so perhaps we may all be getting a little ahead of ourselves.

Lastly, the fact that Tourism Australia is now motivated to get out and shake the can around to other major aviation players, such as the newly revitalised Virgin Australia must also be seen as a positive.

I’m certain that Alan Joyce is happy for this discussion to be aired as the flag carrier is often the first to be berated and the last to be thanked when the cheque book appears.

Colin Drake is a lecturer, tourism and event management, at Victoria University.