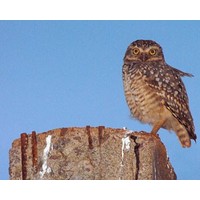 The abject failure of politicians to listen to wise heads in favour of constipating conflicts masquerading as “strong leadership” is likely to crash the fragile trend towards a global recovery.

Business leaders around the world are sitting on piles of cash waiting for a return to fiscal stability before hiring staff and generating growth as they face the uncertainties of current political leadership.

As Brian Gray from the RBA says: “Effective supervision hinges, in large part, on supervisors maintaining credibility and being able to demonstrate that their policies have relevance to the world in which they apply… the activities of the leading banks are pushing regulatory arrangements in the direction of greater sophistication of credit risk measurement.”

This week we get the answer to the key question: why do we need to heed the leadership of wise heads in the vacuum of central agency leadership? As ex-Treasury head Ken Henry says: “We do have a problem.”

At the tax forum in Canberra, Henry raised concerns about government predilection for bribing taxpayers when implementing tax reform. Henry said: “It is probably true that the original proposal was too complex for the public to understand. But there’s no way the public can possibly understand what has actually been legislated either.”

In London last night Sir Mervyn King, nearing the end of his term as governor of the Bank of England, will appear before a parliamentary committee to explain how the banks were allowed to manipulate the market for their private interests.

He will give a reasoned explanation of the reasons that the Financial Services Authority colluded with the big banks to influence UK regulatory reforms, including opposition to plans of the business secretary, Vince Cable, for a new super-watchdog that would crack down on corporate governance abuse.

Karel Williams, professor of accounting and political economy at the University of Manchester, says policymakers were much too close to the industry they were regulating. “Regulation becomes a process of negotiation without any possibility of regulators maintaining an external, adversarial, relation,” he said. “Much of what is happening in the UK is undisclosed and non-transparent lobbying.”

Treasury Select Committee member John Mann said: “The regulator and its head, Lord Turner, have paid lip service to their designated role of regulating the industry. Instead, they have seen regulation as a negotiated partnership, where cosy deals are reached and where it is hard to see who is the poacher and who the gamekeeper.”

In America last night, Ben Bernanke, head of the Federal Reserve, the central bank of the USA, appeared before a Congressional Committee. Bernanke will have to answer charges from ex-presidential candidate Ron Paul that the Fed has been  “creating money out of thin air, manipulating interest rates, and interfering with the free market”.

Bernanke has steadily pushed the central bank to explain itself more in public, as it now offers detailed information on the thinking of various Fed officials, followed by Bernanke explaining the Fed’s policy shifts at regular press conferences throughout the year.

Glenn Stevens, the head of our own central bank, is supposed to contribute to the maintenance of price stability, full employment, and the economic prosperity and welfare of the Australian people. He is yet to explain how we have two million people out of work or seeking more paid work and public anxiety about job security is rising.

By the end of this month leading companies will be faced with setting their flags for the coming year. Business and market plans cannot be put in the deep freeze until elections determine how many jobs will be lost and how many small enterprises will close their doors.

The best path is growth and the best pathway to progress is a focus on better management, productive leadership and a Nelsonian blind eye to the uncertainties of politics.