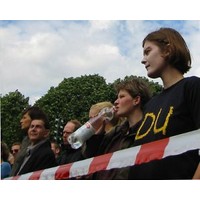 Online advocacy group GetUp! is well known for its eye-catching campaigns in favour of gay marriage and protecting the environment, but as it grows and cements its position as Australia’s leading advocacy group, GetUp! is increasingly turning its attention to corporate Australia.

The group has bought together 257 Woolworths shareholders to requisition an extraordinary general meeting of the company. Its aim was to put forward a vote to alter the company’s constitution to restrict its poker machine operations. Woolworths owns 75% of ALH Group, which operates hotels and gaming venues.

Woolworths has opposed the EGM, lodging an application to the Federal Court on Tuesday seeking to halt the proceedings.

Under the Corporations Act, either 100 voting shareholders or any group of shareholders who own more than 5% of a company can issue a binding demand, or “requisition”, an EGM. A company’s management then has 21 days to announce the date and location of the meeting. The meeting must be convened within two months of the shareholder requisition.

GetUp! spokesperson Rohan Wenn tells LeadingCompany today the group did not expect Woolworths to react as it did.

“Their action is unexpected and disappointing. The shareholders have a right to call an EGM; they’ve filed a letter, and we’re surprised,” he said.

A spokeswomen for Woolworths, Biana Agius, told the Australian Financial Review yesterday the EGM was an “unnecessary cost and impost on shareholders on a subject matter that can be better dealt with at the AGM”. Woolworths’ next AGM is on November 22.

Agius added that the company is the only hotel operator with a responsible gaming charter.

Wenn says it is not the first time the advocacy group has targeted a corporation.

For the Gunns pulp mill in Tasmania, “we partnered with other environmental groups to campaign internally at the company”, he said.

“We’re currently in talks with Wesfarmers [owner of Coles], who have acknowledged the damage poker machines are causing and are working in a constructive manner.”

In January this year GetUp! surveyed its members about what issues they would like to see it prioritise. More than nine in 10 (90.6%) said the group should hold corporations to account. Poker machine reform was the 10th most popular issue for GetUp!, according to the same survey.

Wenn says the group targeted Woolworths because it’s the biggest operator of poker machines in the country. It has 12,000 poker machines from which it earns $200,000 per machine per year.

“All Australians are shareholders through super, but a lot of our members are direct shareholders. And they were quite shocked to learn of what the company was involved in. It doesn’t fit with Woolworths’ family-friendly image,” Wenn said.