Year of the Horse gives business the opportunity to buck negativity 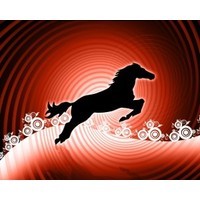 The horse is the seventh sign of the Chinese zodiac and the Year of the Horse is said to be a year for those who are ready for a thrilling year. It is usually marked by a strong spirit and energy, like that of the horse, according to Duncan Calder, national president of the Australia China Business Council.

“We can hopefully expect the world economy to continue to recover and the stock markets to do well this year,” Calder told SmartCompany.

“I was told by a famous Chinese feng shui master that this would be a good year for the banking, transport and metal sectors.”

Tips for all businesses

To make the most of the Year of the Horse, Calder says you should be like the horse.

“Or in this case, the Chinese horse – hardworking, headstrong and persevering in the face of all obstacles. Success will come to those businesses which have these qualities,” he says.

On a more practical note, Calder says Australian businesses which have substantial dealing with China should treat Chinese New Year just as importantly as they would Christmas in Australia.

Gavan Ord, business policy adviser at CPA Australia, says as with most major events, to really take advantage of the Chinese New Year period businesses need to get into the spirit and think about ways they can cater to the market.

He says businesses could consider if they have any Mandarin-speaking staff and engage this skill, or provide written information on products and services in Chinese. They could have in-store Chinese language signage and Chinese New Year decorations.

“Red and gold are important colours and given this is the Year of the Horse, horses should be important in any decorations,” he says.

If you are a food exporter the Year of the Horse could be the year you make real inroads into the Chinese market.

Ian Murray, executive chairman of the Export Council of Australia, told SmartCompany while exporting to China has been mainly the domain of big companies in the past, there are more and more opportunities for SMEs.

“There are difficulties in doing business in China as you have to have the right contacts and courage to get into a complex market,” Murray says.

“It is not one market, it is a whole series of markets all linked together, it is a bit like America like that. If you are in one part of China doesn’t mean you will have a market in another part of China.”

Despite these barriers, Murray says there are export opportunities for SMEs in China, particularly in the food sector and service sectors such as accounting and architecture.

“The growing Chinese middle class is being very quickly converted to eating different foods and their diet is changing, so there are enormous opportunities for SMEs, particularly in food to develop businesses there.”

If a free trade agreement is signed between Australia and China it will be even easier for SMEs to export to the super power.

“I think it is looking very positive,” Murray says. “We have just come one big step with Korea and we are probably quite confident that we will see a free trade agreement some time this year with Japan, and I think China will not be that far off.”

For retailers, Chinese New Year can be a chance to woo luxury brand shoppers.

“We have identified the Chinese market both the tourists and people who are residing here for study or work as a growth market and an opportunity for us.”

David Jones is running a two week campaign, which Karlis says will emphasise that it is the only Australian department store to accept UnionPay as a method of payment in its stores.

UnionPay is the national Chinese credit and debit card with more than 3.5 million cards on issue and Karlis says many Chinese customers don’t have a Visa or Mastercard so UnionPay is essential for them.

There is a definite spike in arrivals from Asian tourists at Chinese New Year providing opportunity for businesses in the tourism and travel industries.

Ken Morrison, chairman of the Tourism and Transport Forum, told SmartCompany visits from Asia jump at the time of Chinese New Year and Australia’s biggest cities are the main beneficiaries.

“Australia is home to the biggest lunar New Year celebrations outside Asia and because we have such strong Asian communities here there are a lot of visiting friends and family,” he says.

Morrison says travelling to Australia for Chinese New Year is growing in terms of popularity particularly as the Chinese market segment becomes a much larger proportion of the inbound tourism cohort.

“We are seeing that with specials, promotions and retail shop frontages.  There is a lot of opportunity.”