Why your strategy needs a strategy 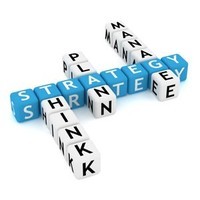 The oil industry holds relatively few surprises for strategists. Planners know, for instance, that global supply will rise and fall as geopolitical forces play out and new resources are discovered and exploited. They know that demand will rise and fall with incomes, GDP, weather conditions and the like. Because these factors are outside companies’ and their competitors’ control and barriers to entry are so high, no one is really in a position to change the game much.

The internet software industry would be a nightmare for an oil industry strategist. Innovations and new companies pop up frequently, seemingly out of nowhere, and the pace at which companies can build – or lose – volume and market share is head-spinning. In this environment, competitive advantage comes from reading and responding to signals faster than your rivals do and adapting quickly to change.

Clearly, the kinds of strategies that would work in the oil industry have practically no hope of working in the far less predictable and far less settled arena of Internet software. Companies operating in such dissimilar competitive environments should be planning, developing and deploying their strategies in markedly different ways. But all too often, our research shows, they are not.

Responses from a recent Boston Consulting Group survey of 120 companies around the world in 10 major industry sectors show that executives are well aware of the need to match their strategy-making processes to the specific demands of their competitive environments. Still, the survey found, in practice many rely instead on approaches that are better suited to predictable, stable environments, even when their own environments are known to be highly volatile or mutable.

What’s stopping these executives from making strategy in a way that fits their situation? We believe they lack a systematic way to go about it – a strategy for making strategy. Here we present a simple framework that divides strategy planning into four styles according to how predictable your environment is and how much power you have to change it.

Although many industry factors will play into the strategy you actually formulate, you can narrow down your options by considering just two critical factors: predictability (how far into the future and how accurately can you confidently forecast demand, corporate performance, competitive dynamics and market expectations?) and malleability (to what extent can you or your competitors influence those factors?)

Put these two variables into a matrix, and four broad strategic styles – which we label classical, adaptive, shaping and visionary – emerge. Let’s look at each style in turn.