“This will run me dry”: Sole trader speaks out about mystery ABN cancellation 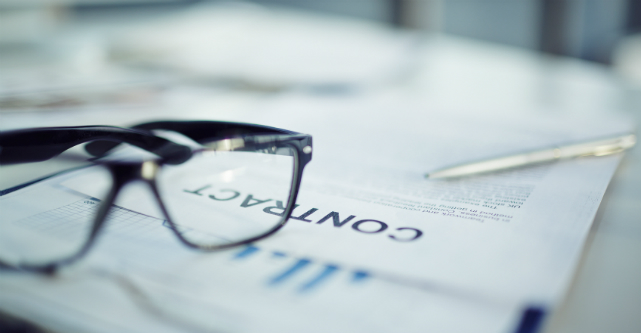 The business operator tells SmartCompany that having spent nine years operating as a sole trader doing transcription work, she received notice in September that after she provided details of her business for an audit, the Australian Business Register (ABR) had cancelled her ABN.

The trader, who wishes to remain anonymous, says despite being informed her work did not qualify as an “enterprise” according to the definition outlined by the Australian Business Register, she remained in the dark about exactly what element of her business operations had caused the cancellation.

According to the business register’s website, the ABR can conduct reviews of Australian ABNs and may determine an ABN should be cancelled for a number of reasons.

These include that an entity hasn’t properly declared income on a tax return; that an entity cannot demonstrate it has taken steps to start a business, including advertising or buying equipment; or if an entity does not actually carry out an enterprise.

In defining “an enterprise in the form of a business”, the register’s website advises that an ABN might be cancelled if the activities carried out under it are not regular and frequent, if there is no intention to make a profit from the activities, or if the work is not of an adequate “size of scale”.

The sole trader tells SmartCompany that she has appealed the cancellation decision, but in the meantime she is faced with financial worries and significant frustration as the ABR office has not been able to explain to her what its concerns about her business were.

“I want to have the option to be able to say, ‘if this is the reason [it was cancelled], then I’ll rectify it,” she says.

Attempts to reapply for a new number have been rejected, and she says given all the information she has about when an Australian qualifies for an ABN, she believes she remains eligible.

“It’s like they’ve changed the front doors of my business, and I don’t know why,” she says.

While she waits for a result, work with clients who require an ABN is no longer available to her, she says.

The ABR website advises holders of Australian Business Numbers that they can apply for a review of decisions within 60 days.

A spokesperson for the Australian Taxation Office told SmartCompany this morning there is a standard procedure by which individuals are told their ABNs have been cancelled.

The spokesperson said a number could be cancelled if analysis of tax returns or income statements suggest there has been no business activity over the past two years, or based on “reviews on ABNs believed to be at high risk of non-entitlement”.

Individuals are notified when their ABNs have been cancelled and informed they can appeal the decision, the spokesperson said.

While letters about ABN cancellation contain “standard paragraphs with additional content inserted” depending on the case, the ATO says initial communications do not contain specific reasons for a cancellation.

“The cancellation letter does not go into specific case detail, but does cover the high level reason the ABN was cancelled with links to the website, which provides more detail on the conditions that we look at to determine entitlement,” the ATO spokesperson told SmartCompany.

However, Independent Contractors Australia executive director Ken Phillips says concerns about the reasoning and consistency of ABN cancellations has been a focus of his organisation for many years.

“We have been complaining about this issue for six or seven years,” he tells SmartCompany.

Describing cases like this sole trader’s as “typical”, Phillips says it’s often hard for those who have their business numbers cancelled to know exactly why this has occurred.

Have you had an experience with the cancellation of an Australian Business Number? Email news@smartcompany.com.au.

She was probably told by her “main employer” that she has to have an ABN number. Basically this is so that “employer” can pay very sub standard $$ rate. This is proliferating these days and dont see way around it !!

That’s right. Plenty of them are listed daily at http://www.ABNjobs.review

That’s right. Plenty of them are listed daily at http://www.ABNjobs.review

Thats crazy, if I sack someone I have to have very good reason, show cause and tell them in details exactly why… seems one rule for government and another for the plebs.

Time to forget ABR, and go to your local federal MP and demand they get to the bottom of it.

If things are going to be cancelled due to no illegal activities, then holders should be notified before, with a show cause as to why it shouldn’t be, not just outright cull, then notify. I though the coalition govt was all for business, ohhh my bad, it must for the big business who donate to them

This sounds like an exceptionally frustrating situation! My ABN was also cancelled and I was notified via mail but I made one phone call and had it reinstated within minutes (requiring only verbal confirmation from me that I was still actively using it).
I wonder why this person’s situation has not been resolved so easily?

Good news. Get the ATO/ABR to explain in writing that they considered the work you do to be that of an employee and not that of an independent contractor. You then ask the ATO (and they are the ones who run the ABR so they will already be ‘on your side’ given their ABN cancellation) to go after your ’employers’ of the last few years as those employers owe you superannuation and perhaps some other entitlements as well. Likely they should also have covered you for Workers Compensation as well and even if they didn’t, you can claim against their insurance if you are deemed to fall under the definition (or extended definition) of worker in the Act. Given you are now extremely stressed as those ’employers’ required an ABN when the govt is now telling you that was inappropriate, you should lodge a workers comp claim for mental stress issues with your primary ’employer’ of the last few years. Go for it.

My ABN was also cancelled without my knowing, it seems their activity is largely stealthy and they make up their minds you are not operating as a business if you happen to work online, or do digital based work-they are complete morons

Mine was cancelled and I had it reinstated within minutes of being informed. I feel there is a bit more to this story.