Three business lessons from off the beaten track

Major Australian cities are in a race to become the best hubs in the world for innovation, but the nation’s entrepreneurial spirit doesn’t dry up once you hit the outer suburbs.

Instead, startups and early stage businesses in rural and regional areas are being credited with driving growth across the country: Earlier this year, Startup Muster and Universities Australia highlighted the flurry of startup activity in “silicon paddocks” across the nation as businesses take off on farms and in smaller towns.

Whether you’re running a startup from Sydney’s CBD or the centre of the country, there’s a lot to be learned from how founders tackle challenges to build thriving businesses outside of major cities. Here are three lessons you can take from those that run operations off the beaten track.

Co-founder of Simply Rose Petals Sarah Sammon says the business she built with her mother in 2004 came about through needing a solution to the challenges that the natural landscape threw up in the first place.

Sammon had returned from a stint overseas and was struggling to find a full time project, when she and her mother Jan Slater decided to start a rose business at the family farm in Swan Hill.

“Mum and I were at a tennis tournament together and I was talking about how difficult it was to find a job. Mum had originally grown cut flower roses in Melbourne when I was much younger. When we moved up here she had grown dried roses for wholesalers in Melbourne, but through a death in the family she’d stopped that… We still had 1000 plants in the ground that just weren’t doing anything,” she says.

However, life on the edge of the Murray River proved threw up challenges to running the business.

“We resurrected the 1000 plants and the original plan was to supply cut flower roses to local florists. That was in 2004 – but it was a bit of a disaster straight up. We had a disease in the river water and it was causing all the roses to wilt, and there’s a limited cool freight network up here for a startup business.”

Armed with a dial-up modem and a determination to find some way of salvaging the situation, Sammon hit the internet, and discovered there was a market in the US and UK for freeze-dried rose petals for weddings and events.

The idea stuck, and the pair started exhibiting at bridal expos. It was the mid-2000s, and brides to be were approaching their stand with interest.

It quickly became clear that despite the local environment not delivering the conditions they’d originally wanted, the pair had struck on an important first-ever idea.

“At that point, nobody in the Southern hemisphere was selling rose petals,” Sammon says.

Find the problem your business solves and enjoy the process 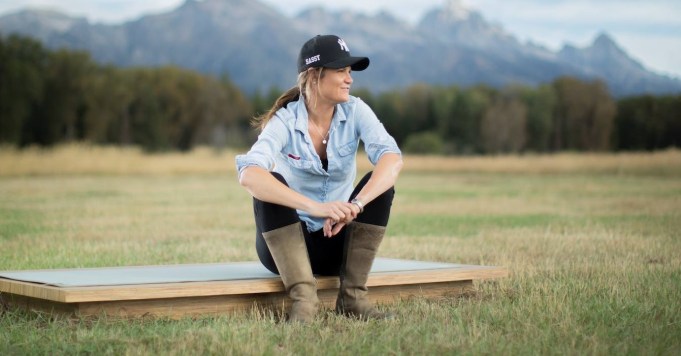 When Sascha Estens returned from studying filmmaking in Sydney to her rural town of Moree in Northern New South Wales, she thought it would be the end of her film career.

There wasn’t a strong community of film producers around her, or even a business that did related to that area, within hundreds of kilometers. However, a serious weather events suddenly revealed her skills would be incredibly valuable to the community – and she says she grabbed the opportunity quickly.

“There were some floods that hit our town in 2012 and I did a video of that, and it got a lot of media attention. A lot of news companies called me and said that Moree had been a bit of a dead zone, for lack of a better word. They would always have to send crews up, which was costly,” Estens explains.

Luckily for news stations, Estens had the gear and the talent, and started filing stories for clients when they needed content in the surrounding area. Pretty soon she had officially founded the region’s only film content startup, Rabbit Hop films.

These days Rabbit Hop uses Moree as a base to complete projects right across the world, from Brisbane to London. Estens has expanded her team, recently taking on a couple of new staff members, and is getting her pilot’s licence to eventually cut out days’ worth of driving time needed to get on location for shoots.

But the success of the business is not just about her ability to answer the need for film content in her community: Running a regional business is all about keeping several balls in the air.

“You have to have a lot of ducks lining up at once. You’ve got to be able to handle change and unpredictability – weather plays a huge part in what we do,” she says.

Succeeding in a business like Rabbit Hop is also about genuinely wanting to connect with people in areas where stories don’t often get told on film.

“People want a company that’s small and nimble, they don’t want massive crews of people to deal with. Out on a shoot is one or two people and we tell the whole story from beginning to end, being part of that whole process.”

Reap the benefits by planning ahead

The benefits of working outside of congested cities go beyond engaging with a tight-knit community: As this Stanford researcher explains in Harvard Business Review, being closer to the natural environment can make employees less impulsive and turn them into better decision makers.

While big corporate spaces can try to mimic the benefits of the great outdoors by tweaking their interior decorating, data suggests that the closer you are to the real outdoors, and the more opportunities you have to engage with it, the better cognitive functioning becomes, Seppala highlights.

There are countless benefits to being located in smaller towns, but the fact remains much of the business world operates on city grids, and that can get expensive, says Estens.

“It’s important for me to book things well in advance or you could be in for a $900 [plane] trip.”

This makes choosing projects very important, because any job will have hours of planning and travel involved.

“It is challenging. I’m flying to Brisbane this afternoon for a client meeting tomorrow. You know, it’s a lot better if you’re just located a couple of suburbs away, but people do appreciate that face to face relationship,” she says.

Sammon says the challenges of distance are real, but there’s a lot to be learned from being disciplined enough not to get distracted by opportunities that don’t actually help your business.

“Being regionally based, if I go to Melbourne for a meeting and we’re looking for eight hours travel time for a half hour meeting, it has to be a really valuable meeting,” she says.

Other businesses in big city hubs might not have to think quite so hard about where they travel and how they spend their time, Sammon says: But the takeaway for all businesses is that defining your priorities first saves time and effort later.

“If you don’t know what your purpose is, what your goal is, how can you decide whether every little thing that pops up is going to work towards your purpose?”

You have hit a nerve here Emma. Whilst basic business principles are the same across most businesses, owing and running a regional business is not for the faint-hearted. From employing family members and/or friends from within our community to the insulated
networks we work within to building up to become a net-exported to customers outside our district. The business owner has to juggle all the regular challenges plus the localized community issues and the tyranny of distance to market. It can be tough and also very rewarding.