Why small businesses have to smile more 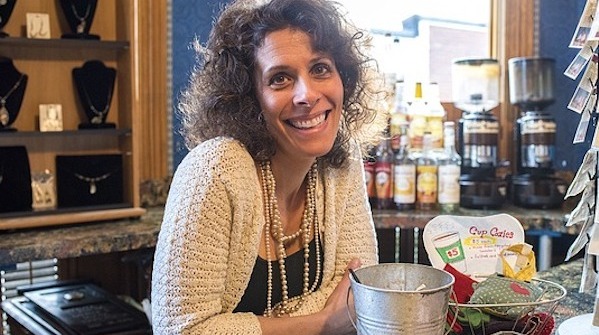 Consumers expect more warmth from small companies, and will punish you if you don’t deliver, new research has found.

Do consumers have different expectations of how they’ll be treated by a business according to its size? Yes.

In a forthcoming paper, researchers Yang and Aggarwal (2018) investigated how “perceptions of a company’s relative size influences perceptions of its power, which in turn drives consumers’ expectations and subsequent preferences”.

Their guess was that customers would expect small companies to be warm and friendly, whereas larger firms would not be held to the same standard.

Why? It all has to do with power.

Small companies are perceived to have lower power and, as a result, assumed to be more reliant on nurturing customer relationships in order to prosper. That leads customers to expect them to exhibit a higher level of “communion behaviours” (i.e. caring for the needs of individuals). Larger firms, on the other hand, have higher power and can operate with less consideration of their customers.

Customers punish smaller companies more for not being friendly

In the first of five studies, the researchers compared three years worth of Yelp ratings for coffee chain Peet’s Coffee & Tea across two markets, one where the cafe chain was perceived as a small operator (Boston) and one where it was a larger player (San Francisco).

Cross-referencing the star ratings and comments, they found that those customers who mentioned negative communion behaviours (e.g. cold, unfriendly, dishonest) were more likely to rate the business lower if it was small. Those same behaviours did not impact larger firms to the same extent.

In another study, participants were asked to evaluate a fictitious online retailer, PawStop, after reading a company bio along with some customer ratings of friendliness, sincerity and helpfulness.

Those participants who were led to believe PawStop was a small company and read low communion comments were more likely to evaluate the company much lower than those who thought PawStop was larger.

What about other attributes like effectiveness, competence and organisation? The researchers found there was no difference in customer expectations across small or large companies.

In other words, being an effective small business isn’t sufficient – you also have to be nice.

Where does that leave small business?

Where does that leave you if you are a small business? In the words of the researchers:

“We find that while being perceived as low in power leads consumers to believe small companies possess higher levels of communion, this also makes them especially vulnerable to consumer backlash when they violate consumers’ expectations by exhibiting low communion.”

So while there’s not much you can do about your size, you can prioritise how you serve your customers. They clearly have high expectations of you.

NOW READ: You don’t need to optimise everything, just these two things