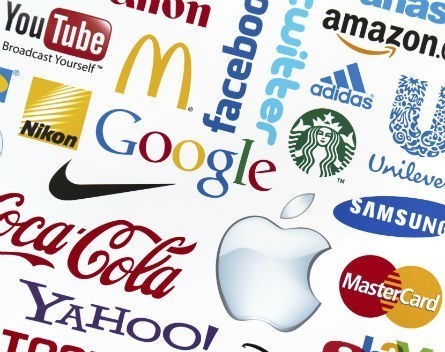 In the lead-up to the May budget Treasurer Joe Hockey is talking tax. Without mincing words he has referred to corporations who don’t pay the “legitimate” amount of tax as “thieves”.

In response it is mooted that Australia will implement a “diverted profits tax”, commonly called a “Google tax”, levied on revenues that corporations earn in Australia but report overseas.

Hockey’s attack on thieving corporations comes as part of ongoing worldwide debate over the scale and ingenuity of tax avoidance by multinationals. Combatting tax avoidance was, for example, a key topic at last year’s Brisbane G20 meeting and Australia responded positively.

For Hockey tax avoidance, even within the law, is a matter of justice. He says that paying tax in the country where it was earned “not just an essential tax principle, it is rational and fair”.

Google Inc has been central to international debates over corporate taxation practices. In Australia this has concerned the billing of revenues to the Singapore business to avail of their lower tax rates. Such matters are currently under consideration by the Senate inquiry into corporate tax avoidance.

In Britain the Public Accounts Committee reported in 2013 that instead of paying the standard 20% corporation tax on its US$18 billion UK revenues between 2006 and 2011, Google paid just US$16 million. That is less than 0.1%.

Margaret Hodge, Chair of the committee accused corporate tax avoiders such as Google of being “immoral”. The traditionally right wing UK tabloid The Daily Mail headlined Google as an “illegal tax avoider”.

Around the same time Vice Chancellor of Germany, Sigmar Gabriel, slammed Google as an “anti-social” purveyor of “brutal information capitalism”.

The diverted profits tax being considered in Australia is based on a similar one announced in the UK in late 2014, and it’s no coincidence it’s been dubbed the “Google tax”.

When politicians from both sides of politics start attacking corporations on a global scale something must be amiss. Even more astounding is that these attacks are delivered on moral grounds, replete with references to thieving, wrong-doing and brutality.

In responding to the issues raised about its tax practices, Google has been entirely unrepentant. Rejecting all moral criticisms, Google extols the virtue of what it is doing. “I am very proud of the structure that we set up,” executive chairman Eric Schmidt said in 2012. “It’s called capitalism. We are proudly capitalistic. I’m not confused about this.”

Google explicitly states a philosophy that “you can make money without doing evil”.

There’s clearly a fundamental schism on what counts as being moral for some corporations.

For politicians it is right that corporations make a fair contribution to the states in which they operate through taxation. For corporations what is seen as moral is to pursue the interests of capital through whatever means possible, so long as they adhere to the law.

Responding to the criticisms in the UK, Schmidt stated that “Our position is very simple: taxes are not optional, we pay the mandatory amount”. Perhaps so, but Google’s position is not that simple.

In its submission to Australia’s Senate inquiry Google reminded the government that in a globalised world economy “nations compete for tax revenue”. Such competition, through tax rates and incentives, is clearly the driving force not just for investment, but for where revenues will be booked for tax purposes.

The power of corporations

The issues surrounding the Google tax go far beyond matters of public revenue.

What is most telling about the Google case is that it does not divide politicians on either side of politics. In Australia’s case, while the government might still be pronouncing that it is “open for business”, the state still wants its cut of the revenues generated by that opening. Google is saying that’s ok, so long as you compete for it.

Google is not just a paradigm case for tax avoidance, it reflects more generally the changed relationship between the state and the corporation.

Once corporations only existed at the behest of government and in the name of public good. Now they hold the state for ransom with promises of capital investment and tax revenue.

What is really at stake here is the power of democracy in a world where multinational corporations have vastly increased in size and power.

If anything the Google tax is a test case for democracy. A case which sees state power and sovereignty come into direct conflict with corporate might. Australia’s Parliamentary Budget Office has reportedly warned the government it risks breaking Australia’s international tax treaties if it introduces a diverted profits tax. There is a suggestion Australia could provoke “revenge taxes” being imposed on Australian businesses operating overseas if it moves independently on the issue.

How this plays out over the coming months and years may well determine whether the authority of democratically elected governments is superseded by a world reigned over by sovereign corporations beholden only to their own financial interests.

The real moral question is: who will rule the world of tomorrow?