How’s this for fundamental tax reform? Target the rentseekers and cut corporate tax 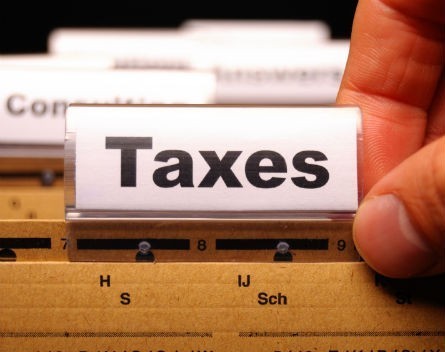 Tax is back in the spotlight with coalition MPs and the Australia Institute talking about getting rid of some of the exemptions to the GST. There has also been a lot of talk about whether or not corporate Australia is paying their fair share of tax.

Many big companies, including Apple and Google have been in the firing line because of the small amount of tax they pay on their Australian earnings. Some suggest that our corporate tax rate is too high and this creates a strong incentive for multinationals to shift taxable income to other countries.

Lowering our corporate tax rate and shifting to taxes that target economic rent could help resolve structural problems with our tax system, create a more productive economy and reduce incentives for corporate tax dodging. Such a tax shift could be designed to be revenue neutral or to increase overall tax take.

Even for many economists, economic rent is a slippery term that’s difficult to grasp. Economic rent is unearned income. This means that it has no clearly associated cost of production.

Unearned income can be obtained in many different ways but is almost always derived from privileged access to something scarce. The market power that monopolies can employ to raise prices generates economic rent. A rise in land values beyond inflation generates economic rent for the owner (the “earned” income from real estate is the actual rent or value derived from the use of the land). Unearned income also comes from artificial scarcity created by government policy. Taxi licenses and poker machine licenses are clear examples.

The same logic sits behind mineral resource rent taxes – such as the first incarnation of the now-abolished mining tax. When the international price of a resource goes up, those who own the resource (every Australian) receive little benefit. The benefit goes to the mining companies even though they have done nothing to facilitate those price rises and they don’t own the material whose price has risen. This is unearned income and could be taxed in order to return the income flows to the public.

Most businesses in Australia would greatly benefit from a tax shift to economic rents with a commensurate reduction in company tax and the abolition of inefficient taxes such as stamp duties and insurance taxes.

Vast sums of money that are currently directed towards rent seeking would be redirected into productive activity, generating employment and diversifying the economy. Boom and bust property cycles would be flattened due to reduced speculation and, as a result, the broader scale ups and downs of the business cycle would be somewhat moderated.

While the 2010 Henry Tax Review recommended many rent-based taxes (including land tax, gambling taxes and a resource rent tax) as well as taxing environmental degradation, very few of the recommendations were endorsed, let alone implemented. The most significant of the recommendations that were implemented (even if somewhat half-heartedly), the carbon tax and the mining tax, have recently been repealed, primarily due to the inevitable backlash of the rent-seekers.

The political hurdles to serious tax reform are very high. However, the consequences of not reforming the tax system are severe. Tax reform policies are easy prey for opportunistic political opponents. This is why we need some clear principles for tax reform that are clearly explained to the public.

Liberal politicians should favour shifting taxes off productive business and onto economic rents and the exploitation of shared resources because such reforms target market failure and free up productive and sustainable businesses to flourish. Labor politicians too should approve of these principles because they reduce taxes on labour and shift them onto the rent seekers who contribute little to society. The inherently progressive nature of most rent taxes should also appeal to The Greens, the Labor left and the increasing number of others concerned about economic inequality.

Our politicians will need courage to stand up to powerful individuals and groups who have an interest in maintaining the status quo. They can get that courage from the rest of us who stand to benefit from a taxation system that supports a more productive and sustainable economy.