Huffington Post, TechCrunch and Engadget sold to US telco for $5.5 billion 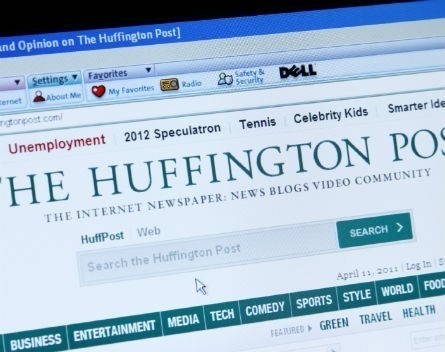 AOL, the parent company of online publications including Huffington Post, TechCrunch and Engadget, is to be sold to US telco giant Verizon for $US4.4 billion ($A5.5 billion).

The deal will see AOL purchased for $US50 per share, funded through cash on hand and commercial paper. In a statement, Verizon cites creating a mobile-first online advertising platform connected to its IoT (Internet of Things) products as being the key motivation behind the deal.

Upon completion of the deal, which is subject to regulatory approval, AOL chief executive Tim Armstrong will continue to oversee operations at the digital media and advertising company, which will become a wholly-owned subsidiary of Verizon. Armstrong raised eyebrows in 2013 by firing an employee in front of 1000 colleagues.

The takeover is far from the first mega-deal involving AOL, which merged with Time Warner in January 2001 in a deal that saw AOL shareholders own 55% of the combined company. However, following declines in AOL’s dial-up internet business over the years that followed, the merger was unwound in May 2009.

Following the spin-off AOL, which originally launched in 1983 as a Commodore 64 BBS (bulletin board service), then transformed itself into an online media company by purchasing TechCrunch in 2010 and Huffington Post for $US315 million in 2011.

Meanwhile, in September 2013, Verizon purchased Vodafone’s stake in mobile phone joint venture Verizon Wireless for $US130 billion, with the mega deal the third-largest in history at the time it was announced.