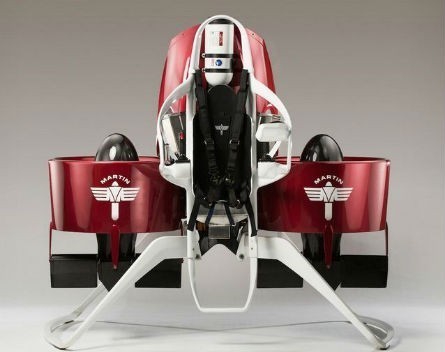 New Zealand company Martin Aircraft had Australian investors thinking about the many ways they could use a personal jetpack when it debuted on the Australian Securities Exchange yesterday.

And the investors liked what they saw, with the company’s share price jumping 10% from an initial public offer of $0.40 to $0.44 at close of trade yesterday.

KuangChi Science has also committed to investing a further $23 million to $29 million in Martin Aircraft within the next 30 months.

Martin Aircraft was founded by New Zealand bio-chemist Glenn Martin, who started work on a personal jetpack in his garage more than 30 years ago. Martin remains on the Martin Aircraft board and prior to the float, was the company’s largest shareholder.

The first lift-off of a Martin Aircraft piloted jetpack was in 1997. Since then, the company has built 12 different prototypes and as of September 2014, a total of $20 million had been invested in the endeavour.

While he cautions Martin Aircraft is still “very early on in our journey”, Coker says it was satisfying to see the quick jump in the company’s share price.

“Investors are recognising our aircraft dream is now becoming a reality,” he says.

The road to an IPO for Martin Aircraft was not without its delays – a pre-IPO capital raise of $5.9 million occurred in September last year – but Coker says the delays were the result of the company taking on feedback from the market, negotiating with KuangChi Science and going through the required due diligence for that deal.

Coker says Martin Aircraft is now on track to commercialise its jetpacks, with the first model expected to be market-ready in the second quarter of 2016.

“The financial backing from the IPO allows us to progress that,” he says.

“We have great technology from KuangChi Science to call upon, so it is an exciting time for us.”

Coker says getting a company “listing ready” has a number of aspects, including ensuring the company’s board is aware of their responsibilities and accountabilities once the company goes public.

“You have to make sure you have a good plan for the future and be able to say to the public what that plan is and what you want to achieve,” he says.

“At the end of the day, they are the ones who will execute the plan and the public must have confidence in them.”