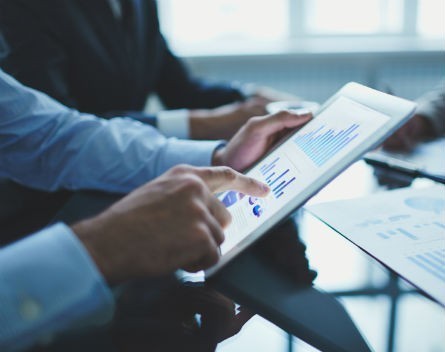 The Australian economy will drop out of the G20 by 2050, according to research published today by PwC.

And the slide will continue unless the nation’s leaders fundamentally change the way they think about investing in science, technology, engineering and mathematics (STEM) skills, says one of the country’s leading technology entrepreneurs, Matt Barrie.

The PwC The World in 2050 report predicts the Australian economy will drop 10 places in world rankings by the middle of the century, dropping from its current rank of 19 to 29.

This would put the Australian economy behind the likes of growing economies such as Bangladesh, Pakistan and the Philippines and far behind economic powerhouses China, India and the US, which are predicted to stay at the top of the rankings over the next 35 years.

According to PwC, the end of the Australian mining boom, and a lack of investment in other parts of the economy, will cause the Australian economy to fall behind.

The PwC rankings are determined by comparing the purchasing power parity of each economy and this year’s result shows a broad shift from developed economies to emerging economies.

While China is predicted to remain the largest economy by 2050, India is expected to overtake the US for second place, and Indonesia, Mexico and Nigeria could push the UK and France out of the top 10.

The Philippines, Vietnam and Malaysia are expected to shoot up the rankings, while Colombia and Poland will grow at a faster rate than the large economies of Brazil and Russia.

PwC Australia economics partner Jeremy Thorpe told SmartCompany the research indicates the Australian economy will “revert to trend” and we “won’t see the mining boom in the same way”.

While Thorpe says PwC is not trying to predict exactly what the Australian economy will look like, the takeaway from the research is that “we know the economy is going to be different and STEM will be important wherever it goes”.

“They will be competing at the smarter end.”

Thorpe says this represents an opportunity for “smaller, nimble companies”, especially those built on digital disruptive technology, and that is why it is essential to make long-term investments in STEM capabilities.

“Many of these things don’t pay off immediately,” says Thorpe.

“You can’t cut the ribbon in the same way you can for a new bridge, you have to look beyond the political cycle. But as the events of the past week have shown, it can be heard to divert attention from the here and now.”

Freelancer founder Matt Barrie agrees with Thorpe’s analysis, telling SmartCompany he fears the Australian economy will follow the same path as the resource-rich Argentina, which saw a dramatic decline in its wealth because of government policies that did not alter the composition of the economy.

Barrie has spoken out regularly about the need for investment in STEM skills in Australia, including to Communications Minister Malcolm Turnbull last year.

“We have actually gone backwards in our thinking about the tech industry or science,” says Barrie, who lays the blame with “successive Australian governments”.

“There have been rampant cuts. I don’t think it would be possible to do more damage.”

Barrie points to cuts to funding for science research, declining university enrolments in STEM subjects and courses, the “dumbing down” of curriculum in primary and secondary schools, as well as the “screwing up” of remuneration schemes for technology companies, as just some of what he believes are damaging policies.

“It just goes on and on and on,” he says. “We’re at risk of becoming a shipwreck … It’s death by a thousand cuts.”

If given the chance, Barrie says the first thing he would change is the K-12 curriculum taught in Australian schools.

“Every little kid wants to design the next Facebook … the next mobile phone app but they don’t know how,” he says.

“We need to help them connect the dots.”

He would also encourage more people to work in STEM fields and appoint a national chief technology officer who would be responsible for setting longer-term goals.

But as long as the topic remains off the table in Canberra, Barrie says he “is at a loss”.

“There is fundamentally something wrong in the way our country is governed,” he says.