A cosmic comeback: Could Aussie investment in spacetech boost economic recovery on Earth?

The federal government has announced an $11 million capital injection for the space sector, via a string of grants for startups and university programs.

The funding, announced last week, was pegged for boosting the Aussie space sector, but also as part of a plan to boost the Aussie economy as it emerges from the COVID-19 pandemic and the associated recession.

“The space industry is a key growth sector that will form an important part of our economic recovery and help us emerge from the COVID-19 crisis stronger than ever,” Minister for Industry, Science and Technology Karen Andrews said in a statement.

And it’s a good sign for the burgeoning Australian space industry. Many of the grants are going to early-stage businesses working on technology projects including collision avoidance systems, VR training systems for astronauts and AI space crews.

But, when NASA had a budget of US$22.6 billion for the 2020 financial year, one can’t help questioning whether $11 million is really enough to get Australia to a place where it can compete on a global scale.

The grants are part of a wider $700 million investment, with the goal of tripling the value of the space sector to $12 billion by 2030. But, even that pales in comparison.

The biggest chunk of grant funding went to the University of Melbourne, which secured just shy of $4 million for its ‘SpIRIT’ (space industry responsive intelligent thermal) CubeSat mission, which is developing a nano-satellite to host payloads for foreign space agencies.

Startup Human Aerospace received an $844,000 grant to create a spacesuit designed to ease bone loss and other side effects of anti-gravity during long space missions, and Raytracer secured $200,000 for its underwater VR training simulations for astronauts.

The University of New South Wales and the University of Canberra also secured grants, for work on space navigation tech and research on the sensorimotor effects of weightlessness, respectively.

Speaking to SmartCompany, Matthew Pearson, co-founder of Aussie space startup Fleet, concedes that it’s not a lot of money in the grand scheme of things. But, the idea that money equals progress is one of “the old days”, he says.

Even a relatively small investment to a small business or research team is significant, he explains.

“For them it’s a big boost, which is cool,” he says. “And you’ve got to start somewhere. Every giant company started with a couple of people in a room having a few good ideas.”

Murfett points to the sheer size of the opportunity for Australia.

The global space economy is forecast to be worth more than US$1 trillion by 2040, he says.

And, while those projections were made pre-COVID-19, “significant growth is still expected due to the increasing role that space technologies play in our everyday lives”.

The proposed growth of the Aussie industry to $12 billion by 2020 is expected to create some 20,000 jobs. Pre-pandemic, it was well on track to make that happen, Murfett explains.

And there’s also an international pipeline here, he adds.

Already, the Australian government is working with NASA, via its $150 million ‘Moon to Mars’ initiative, providing ideas and technologies to support the US agency’s ambitions to “go forward to the Moon and on to Mars”, he says.

“The first part of the program will focus on building the capabilities of Australian businesses so they can participate in international space supply chains – an important activity to help build resilience in Australia’s economy.” 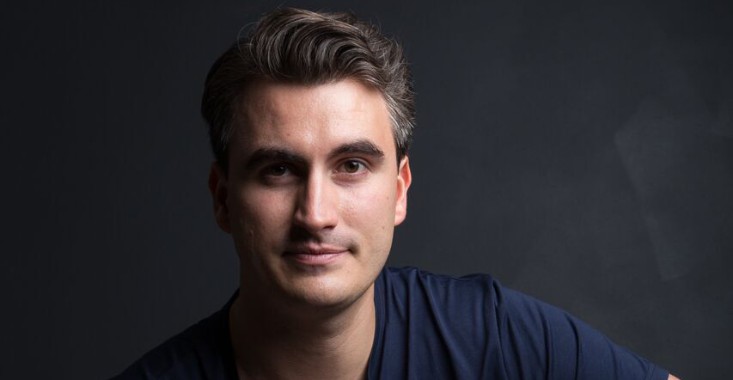 In the grant announcement, Andrews heralded the funding as something that would help boost the Aussie economy as it emerged from the COVID-19 economic crisis.

Again, on the face of it, with the hospitality, retail and tourism sectors in crisis, it’s not immediately clear why investment in space travel should be a priority.

But, again, it’s a relatively small investment that could have far-reaching implications, Pearson says.

Economically, investment into “the very pinnacle of technology” has a trickle-down effect, he says.

“There were something like a million patents … that came out of the Apollo missions, that are used in everyday life,” he says.

For example, medical techniques designed for low-gravity environments could have benefits for healthcare on Earth too. Advances in robotics designed for space missions could be utilised in mining or agriculture.

“When you develop a technology for space, the opportunity to commercialise that on earth — in a whole range of applications you didn’t even think of at the beginning — that becomes possible,” he explains.

“That creates a lot of economic value.”

It’s not only a boon for job creation, Pearson says. It also improves Australia’s technology offering as a whole.

While Fleet’s main business is around building a commercial satellite network, the team is also keen to be involved in the Moon to Mars initiative, he says.

“It allows us to push the technology as far as it will go, and it makes it that much more efficient when you bring it back to Earth.”

Murfett also sees the space sector as something that will support the nation’s long-term recovery from the current economic crisis. In fact, he says the sector will help Australia emerge “stronger than ever”.

“This is due to space technologies becoming smaller and cheaper, meaning companies of any size can now consider space as an investment or business opportunity.”

As well as providing trickle-down tech, space technologies can also help support farmers in monitoring their land, and even aid responses to natural disasters, like the bushfire crisis of last summer, he says.

Plus, if the space industry is growing, there will be plenty of manufacturing contracts and jobs up for grabs.

“Space technologies rely on a strong manufacturing base and going forward will be a generator of high tech jobs for Australians,” Murfett notes.

“This provides a strong platform to support Australia’s economic recovery as we emerge from the COVID-19 crisis.

So, we see the economic opportunity, and the part the space sector has to play in recovery post-pandemic. But, if the nation is to reach its full spacetech potential, there’s more to be done.

According to Murfett, that means more than government investment.

“We’ve entered a new phase in the global space economy,” he says.

“It is no longer the realm of governments alone — opportunities are now available for companies of any size to participate in the space sector.

“As a result, the role of government is changing to that of partner and facilitator.”

The $700 million pledged to the sector by the government is “an important foundation” he says, that will support the growth of a commercial sector supported by private investment.

“Importantly, government, industry and researchers all have a part to play in growing Australia’s involvement in the global space economy,” he says.

This is an approach Pearson sees as something that’s “really special” about the approach to spacetech in Australia.

“There has been a big focus on the commercial space and new space startups,” he says.

He points to startups like Fleet, Myriota and Gilmour Space, which have raised significant chunks of venture capital funding, “and that are launching things into space and building tech at those levels that are meaningful to the space program”.

When asked whether he would like to see more government investment in Australia’s space race, Pearson is diplomatic. As someone squarely invested in the sector, of course, he says it would always be nice to have a bigger budget.

“I think it would be a really worthwhile thing for us to spend money on. And I think it’s our job as an industry to show the country that this is worthwhile and it is having an impact,” he says.

But, he appreciates the balance in investing in what will have a big economic effect now, versus investing in research into tech that could mature in 20 years or so.

“That’s a challenging thing to get right, to spark off an entire industry and also deliver meaningful results,” he says.

“We’ll work with what we’ve got right now, and hopefully we can show that this is a really valuable thing for the country to invest in,” he adds.

“We’re onto a good thing, we just need to keep going.”

However, the one thing he would like to see, is “a really clear mission to rally around”.

While there are clearly multiple businesses working on meaningful tech, there’s not necessarily a central focus, or ‘one-mission’ for the sector.

“Because we have constraining resources, as a nation, compared to some of the other space-going nations, we need that focus,” he says.

“We have to focus on one thing that’s really going to unify us, and make the most of what we have.

“There should be something that’s meaningful to Australia, that we rally around and come together around. That’s something the industry is desperately crying out for.”

NOW READ: One small step: How this NT startup won over NASA