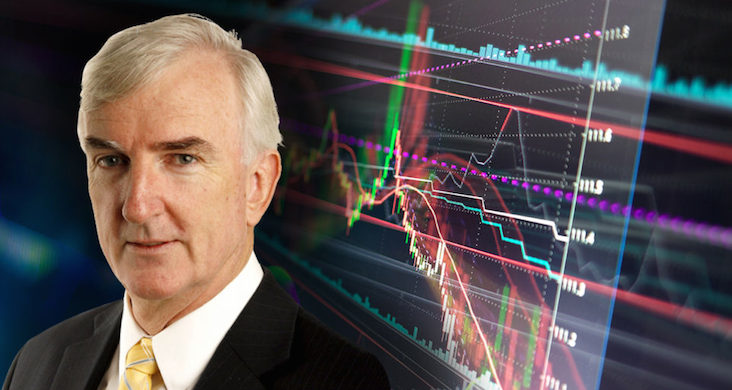 The small wholesaler was giving the large customer the standard 30 days to pay with a three per cent discount.

On the 30th day came the extra squeeze, an arm twist for more, an act of business bastardry.

With payment about to fall due, the message was that the supplier was invited to tender with a further discount to ensure prompt payment.

The supplier was told, as an indication, that other suppliers were offering discounts of 15-20%.

Although the wholesaler’s instinct was to tell the customer where to shove the invitation, he spoke to his accountant first.

Except at the luxury goods top end, a discount of 15-20% doesn’t just wipe out a small wholesaler’s profit margin, it bites into their capital.

But cashflow is always king. Right now it’s also Emperor and God, and the thin red line before calling the bank.

The wholesaler offered a smaller discount. Payment came through.

Maybe it was all a bluff, maybe full payment would have occurred promptly anyway.

In any event, there was nothing illegal about the customer trying it on — and nothing unusual about a bigger business trying to squeeze the last drops out of a smaller business.

“In a time of business crisis, it nonetheless was a grubby little effort.”

I’m tempted to not name the particular company that tried it on, to let any number of bigger players wonder if I’m writing about them, to let them worry that word of their behaviour is getting out.

I’ll decide whether to name or not at the end of this column, but in the meantime, bigger businesses should remember the public shaming fabulously wealthy Rio Tinto copped earlier this year over its “reverse factoring” scheme – small suppliers were invited to discount their invoices by two per cent if they wanted payment quicker than 30 days.

Rio has form when it comes to squeezing suppliers.

In 2016, it proposed a unilateral doubling of payment terms to 90 days for contracts worth more than $3 million – a proposal public opinion caused it to abandon.

“Rio’s decision is the right one because these reverse factoring schemes rely on big companies being able to take advantage of the inherent power imbalance between buyer and supplier, and all for a gain that must be somewhere between tiny and minuscule,” wrote Chanticleer.

“Worse than that, Rio’s decision shows there is a clear risk of reputational damage attached to these schemes.

“We all understand that there will be vigorous negotiation at the start of a supply contract, as both parties try to get the best deal.

“But for big companies to then go to their suppliers and attempt to chip them for a couple of percentage points after the goods or services have been delivered is not a good look.

“The message it sends is so arrogant. Yes, we know we could help your cashflow if we paid your invoice in a week, but we’re not going to because that would hurt our cashflow.

That was in January – so long ago now that it could be dated as BC, Before Coronavirus. And Rio continues to watch the billions pour in as iron ore prices remain extremely profitable for it.

Now there’s extra pressure across industry as big companies feel the crisis too – or use it as an excuse to apply extra pressure.

Minister for Small and Family Business Michaelia Cash has warned big businesses the global pandemic is no excuse for delaying payments and using it as such is “unacceptable”.

“The government has made their expectations clear – big businesses must step up and do what they can to support small and family businesses in the face of the COVID-19 [coronavirus] outbreak,” she said.

Colleague Killian Plastow reports Senator Cash’s comments come after the AFR reported auto parts retailers Supercheap Auto and Repco were pressuring suppliers into extending payment terms, in some cases by as much as 90 days.

A death sentence for small businesses

Australian Small Business and Family Enterprise Ombudsman (ASBFEO) Kate Carnell told Killian delayed payments are a death sentence for many of those businesses.

“Small businesses are already in a world of pain with regards to cashflow because a very large percentage of them have had significant reductions in business,” Carnell said.

“It isn’t acceptable under any circumstances, especially not in this situation. Smaller businesses are hanging on by their fingernails already. To end up with 60- or 90-day payments from some of their major customers is beyond belief.”

Although the coronavirus pandemic makes the need for timely payments more pressing, the problem has long plagued Australia’s small businesses.

Accounting software firm Xero claims 53% of all payments made by large firms to their smaller counterparts are paid late.

That amounts to $115 billion every year, or the equivalent of $52,000 for each small business.

On average, that money ends up in the hands of small business owners more than three weeks (23 days) after it should.

Xero estimates paying invoices to small businesses on time would result in a $7 billion stimulus for this segment of industry.

But the power imbalance between large and small businesses means many bigger outfits can negotiate unreasonably long payment times as a form of “free credit”.

“Most small businesses really don’t have a choice whether they deal with a major supplier or not,” Carnell said.

“Big businesses have the power, smaller ones don’t have any choice. That’s why it’s really important big businesses don’t use their power to pay small businesses slowly – and in some cases becoming slower.”

Big multinational corporations are among the “worst offenders”, Carnell added.

For example, CIMIC-owned engineering firm UGL last year told suppliers and subcontractors their payment times would be extended to 65 days, up from the recommended 20.

Small businesses who aren’t paid on time only have one form of recourse: taking late-paying businesses to court.

That is both time-consuming and expensive.

Many big businesses simply turn to other small suppliers.

Carnell said more protections are needed so that small businesses don’t have to fight for their cashflow.

The current crisis only strengthens the case for stricter legislation, she said.

“If ever there was a time when big business needs to step up to the plate and pay small businesses quickly, it’s now,’’ she said.

“And if they don’t step up to the mark and show they can be good corporate citizens and do the right thing, then as soon as government gets through this traumatic time they will need to look at legislation for payment times.

“Unfortunately some businesses – enough businesses – have shown they can’t be trusted to do the right thing.”

So what was the company at the start of this story making the “invitation”?

Brand Collective, a spinoff from the old Pacific Brands.

Private equiteers are famous, or infamous, for their financial engineering, stripping businesses down and squeezing for any possible advantage – sometimes quite short-term advantages.

NOW READ: Kmart consolidation, local first and goodbye cash: What retail could look like when the recession has passed