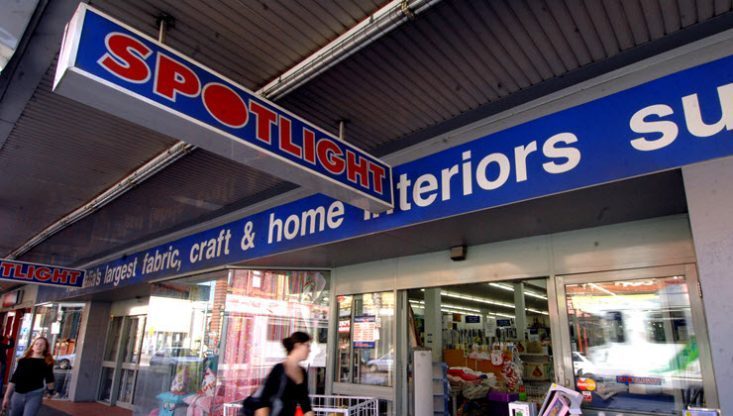 Two months ago, one of the country’s biggest retailers, Spotlight Group, was snapping up collapsed department store chain Harris Scarfe for a cool $50 million.

The company, owned by Melbourne rich listers Zac Fried and Morry Fraid — who, together with their families were worth $1.61 billion in 2018 — is just one example of what the Australian Competition and Consumer Commission (ACCC) says is happening across the country: big retailers using COVID-19 to squeeze suppliers by demanding heavy discounts and delaying payments.

The ACCC has revealed it is receiving thousands of phone calls, emails and social media reports from small businesses impacted by the virus, many of which are suffering at the hands of big retailers.

“We are already engaging with some large businesses about allegations they are deliberately choosing not to pay their suppliers, or demanding large discounts off goods already delivered, and also delaying payments significantly, and that they should cease the conduct immediately,” Sims told an Australian Chamber of Commerce and Industry (ACCI) event this morning.

“We are looking into concerns that many small grocery or convenience stores are missing out on supplies that now seem readily available to the large supermarkets. We need to maintain strong competition in the retail sector to ensure economic recovery once the pandemic subsides.”

Several retailers have been exposed short-changing suppliers in recent weeks. Just Group, the Sussan Group and Supercheap Auto have written to suppliers in the last month to delay or reduce payments. Glass company O’Brien has also asked suppliers to accept payment on a 60-day settlement period.

In its letter to suppliers, Spotlight said it would reduce their payments by 10%, and extend payment times to 90 days.

It said it had tried everything it could to reduce the impact of COVID-19 to its bottom line — including putting managers on four-day work weeks at an “effective 20% salary reduction for our executives” — but it could not get through the crisis without “supplier support”.

“COVID-19 is neither caused by or within the control of either our group or of our suppliers, however it is both equitable and in our respective short and long-term interests to continue to support each other,” it said.

“All stakeholders must bear their fair share of the COVID-19 financial burden. There is no other way to emerge from the pandemic with a viable, long term business relationship.”

But as recently as March 3, the same day as an OECD paper warned Australia would be one of the worst hit by the economic fallout of coronavirus, Spotlight was buying up distressed assets, scooping up failed retailer Harris Scarfe which had earlier been placed in receivership and was rapidly shutting down stores.

“They’re passing it down the line to the little guys, who have the least capacity to survive in the current environment,” she told Inq.

“Big businesses have other ways of being able to access capital. Requiring their suppliers, many of whom are small businesses, to cover the shortfall is not a reasonable scenario when many of those people are closed or in dire straits.”

Spotlight Group, which has kept many of its stores open, declined to comment on why it was not able to pay suppliers in full. The company told suppliers it did not qualify for JobKeeper as it is above the $1 billion threshold and had not seen a 50% fall in sales.

NOW READ: Carnell calls on Morrison to outlaw payment times in excess of 30 days for SMEs amid coronavirus invoice extensions