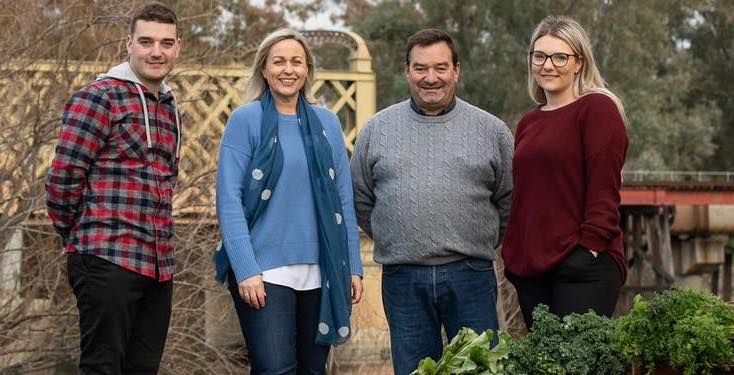 When Louise Arnold heads into work on Thursday there’s going to be some additional red tape around her commute.

The business owner and her family live in Albury, on the northern side of the border New South Wales shares with Victoria, but will need to head to neighbouring Wodonga to open their fresh produce business, Arnold’s Fruit Market — although they’re still not sure exactly what permits they’ll require.

“We’re all waiting to see how it will feel tomorrow,” Arnold tells SmartCompany.

“Potentially there’s a lot of customers who won’t go over to Victoria, but luckily we have home delivery.”

For the second time in Australian history, NSW authorities will move to close the state’s border with Victoria indefinitely at 11:59pm tomorrow night, cleaving the border-based Albury-Wodonga community in two.

The extreme measure, taken against the back drop of a second wave of coronavirus infections in Melbourne, will require residents to obtain permits for crossing the Murray River, which for many is a daily occurrence.

But unlike most businesses straddling the Victoria and NSW border, it won’t be the first time Arnold’s has weathered a government-imposed separation between the Albury and Wodonga communities.

The fifth-generation, 128-year-old business was around when the border was closed to contain the Spanish Flu outbreak in 1919, when there were no online permit systems.

“We had no vehicles back then, just a horse and cart,” Arnold says.

Luckily, the Arnold family is these days much better equipped to deal with a border shutdown, and is anticipating only short term delays to their typical delivery services.

“We’re reassuring everyone that as an essential business we are still able to deliver all fruit and veggies to restaurants and customers,” Arnold says.

Wait and see as permits promised

Services NSW will be granting exemptions and travel permits to those crossing the border with an essential reason or because of work, but there’s still not much detail available about how this process will work, or how many people will be allowed to cross each day.

Arnold says business owners in the area are still waiting to find out what the permits will require, and are anticipating a few days of disruption ahead.

“We’re all feeling a bit unsure, we employ a lot of people from both sides of the border,” Arnold says.

This will be the new normal for Albury-Wodonga residents, and indeed residents of other nearby twin cities, such as Mulwala and Yarrawonga; with the border closure being policed from the NSW side, government permission in one form or another will be required to go about their daily lives.

Jason Barry, owner and director of Wodonga-based Border Crane Consultants, has already had experience with coronavirus border closures, having navigated the consequences of both South Australia and Queensland bringing in their own restrictions.

Barry says he hopes Services NSW will move quickly to launch an online permit service, similar to Queensland, noting it took South Australia several months to finalise their own system.

“The advice we’re getting is that it will take three days before permits will be issued,” Barry tells SmartCompany.

“They are aware there’s a need to have online permits in place.”

Border Crane Consultants has 40 staff, 25% of which live on the NSW side of the border.

This means the permit system will be crucial for enabling the company to operate as usual throughout the border shutdown, which is already affecting the business.

Barry says a crane delivery that was scheduled to take place on Thursday has been cancelled because a customer doesn’t want to cross the Murray River border.

“It’s a two way street — it’s not just us making the decisions, some of our customers are now saying they don’t want us on site,” Barry says.

Barry has even cancelled jobs on his own end, opting not to head down to Melbourne for a build service trip last week amid rising infection numbers.

However, the business owner is confident his team will be able to trade through the Victoria and NSW border closure, having already taken steps to make it as easy as possible for Services NSW to grant them permits.

He says new policies like contract tracing truck drivers, as well as monitoring COVID-19 hotspots and engaging with industry associations, have proved vital in dealing with the South Australian and Queensland border closures.

The goal is to ensure the business is as risk-averse as possible to encourage authorities to allow them to cross the border as needed.

“We’re focusing on the next two weeks, then putting tentative planning in place for the closure to last a minimum of four weeks,” Barry says.

NOW READ: Lower power bills? There’s now a grant for that – but there’s a catch