This time it’s personal: The Victorian businesses that lost out because of my cancelled holiday… and everyone else’s

The Myers Creek Cascades cabin where I was supposed to spend my anniversary weekend. Source: supplied.

I was supposed to be on holiday right now.

Instead, Victorian Premier Daniel Andrews sent Melbourne into lockdown 6.0, setting me on a path of cancellations and rearrangements with the Victorian small businesses I was supposed to be spending my hard-earned cash with.

For me, it was a series of grim interactions via text, phone and email. But all in, it probably took less than half an hour.

For the business owners on the other side, however, it was much more draining.

So, after cancelling my leave and re-building my kitchen office, I reached out to the owners of those businesses: Myers Creek Cascades, Maldon Getaways and The Pets Hotel, to get a sense of the ripple effect my cancelled holiday had, and just how many times that effect is multiplied on their end.

On August 5, Andrews stood up in a suit and tie — no North Face jacket in sight — and announced the state would be entering its sixth COVID-19 lockdown.

August 5 was also my fourth wedding anniversary. So, while every lockdown announcement has come as a disappointment, this one hit differently. This time, it felt personal.

To be clear, all things considered, the pandemic has been kind to me. I know I’m one of the lucky ones as I’m healthy, I’m employed and I’m privileged enough to be able to support the local businesses in my neighbourhood.

I have also squeezed in a couple of well-timed trips, against the odds.

But I have family in the UK — my parents, my sister and in-laws — who I haven’t seen in over 18 months now. That’s longer than I ever imagined. I don’t like to think about how much longer is still to go.

There have been weddings I’ve missed and funerals I’ve watched via livestream. My best friends have had babies who have become toddlers before I’ve ever given them a cuddle.

There have been holidays cancelled, rebooked and re-cancelled; plans for the future made and unmade.

My island home in the English Channel has never felt further away.

So I cannot stress enough how much I was looking forward to a week off, a romantic weekend in a cosy cabin and a few days relaxing in regional Victoria.

Dear reader, I have been dreaming of a bubble bath for literally months.

It’s not often I walk away from my laptop to have a little cry. But when Andrews started talking on that particular Thursday afternoon … well, needs must.

When I started actually cancelling our plans it became acutely clear that the sense of loss and helplessness I was feeling was exactly what small business owners all over the state — and all over the country — were feeling, too.

For them, it was the sixth time over.

As devastated as I was, I know those conversations were much, much harder for the business owners than they were for me.

Mandy and Bruce Williams own and run Myers Creek Cascades, a business of four secluded, self-contained cottages in the Yarra Valley, one of which had my name on it.

For the Williams’, snap lockdown announcements are “very stressful”, Mandy tells me.

Inevitably, they lead to 24 hours of emails and phone calls with disappointed guests. And when the lockdown is extended, she has to do it all again.

“People generally are very gracious and accept that it’s not my fault,” she says.

But these are swanky cottages, and many guests have them booked for special occasions. While most are happy to celebrate whenever they can (us included — roll on November) there are always a few exceptions.

“There’s a percentage of people who get quite narky,” Williams says.

“It’s tough, because if we were just to refund everybody who wanted it, we would have no working capital at all.”

The government funding available at the moment may only cover three or four refunds, depending on the length of stays being cancelled. But the couple could be facing 10 or more.

And the nature of the snap lockdowns that are becoming the norm in Victoria means that the outlook can change massively in the space of an hour, giving the team very little time to prepare.

“It just lands on you so suddenly, and they always seem to do it just before the weekend.”

That said, she says it’s not all doom and gloom. She’s noticed that as soon as restrictions ease, people want to get out again. Mid-week bookings are becoming more and more popular, with people even working from the cottages.

And, where people aren’t able to go overseas or even interstate, they’re splashing out on luxury trips for anniversaries or even honeymoons.

“They’re all staying local, which is fabulous,” she says.

“But it does make it really hard … when you’ve got to reschedule everything all of a sudden.”

Of course, travel disruption means disruption to all the surrounding services, too. That includes the often overlooked animal hospitality sector.

In our case, the plan was to have a dog-free romantic getaway at Myers Creek, before picking up the pooch and driving north on Monday.

As it happened, Kylo the dog missed out on his own weekend away at The Pets Hotel in Melbourne’s Docklands.

I don’t know exactly who I spoke to when I called to cancel Kylo’s booking. But, as she cheerfully confirmed my deposit would become a credit, it dawned on me that this was probably about the millionth time she had said that, that day.

Of course she was polite, courteous, and kind. She understood I would rather be dropping Kylo off and heading to wine country without him (sorry, Kylo). Both of us were going through the motions of a thing we didn’t much like.

Later, The Pets Hotel founder and chief Yvonne Hill tells me the business has been “severely affected” by Melbourne’s string of COVID-19 lockdowns.

During last year’s long lockdown, her revenues were down 95%, she says.

A lot of the focus has been on the hospitality industry, and while Hill understands those businesses are feeling the pinch, “at least they have an opportunity to pivot somewhat”.

This weekend, the business is looking after between 20 and 25 pets. Usually, at this time of year, it would have at least 120.

But as long as there’s even one or two animals in The Pets Hotel, Hill and the team will of course be there to care for them.

The founder is also trying to keep all of her full-time and part-time staff on board — although she hasn’t been able to bring back her casual team members yet.

Hill also notes another troubling trend. Typically, after the lockdowns of 2020, the phones would be ringing, as people started booking in long-awaited holidays and weekends away.

“But as every lockdown came and went … those phone calls became less and less,” Hill says.

Aussies are losing confidence in travel, even if they’re not even going interstate. People are tired of cancelling all the time, and that has a knock-on effect on travel-adjacent industries, too.

“They’re getting more and more frustrated.”

Pre-COVID, Hill says she had some cash reserves in the bank. So far, that’s been enough to see her and the business through. But it can only last so long.

“Every lockdown I say: ‘surely this is the last one?’,” she says.

“But, if it keeps going the way it’s going I just don’t know what will happen.”

Finally, while it had been something of a last-minute booking, we had locked in a four-night midweek stay at a period property in Maldon. A dog-friendly, beautifully furnished, countryside retreat with a fireplace perfect for reading in front of.

Yes, it also has a glorious bathtub, but let’s not dwell.

Jamie Heffernan heads up Maldon Getaways and manages the property I had booked, plus 16 others in the historic town.

He tells me that generally the pandemic has got people exploring their backyards a little more.

So, being just 90 minutes out of Melbourne, Maldon itself is getting more exposure to people like me; people who want to take their pets and get out of the city for a few days; and people who wouldn’t necessarily have considered visiting the town pre-COVID.

But every time a snap lockdown comes into effect, Heffernan is finding himself embroiled in admin: managing cancellations, issuing refunds and trying to persuade guests to reschedule if they can.

“It just leaves us in limbo,” he says, “working and not really making money.” 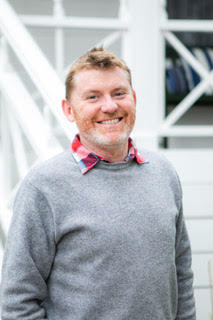 He also points to the ripple effects for the local community. Maldon is a small village where independent businesses rely on one another.

Heffernan’s business provides hampers — like the kind that was supposed to greet me on arrival — as well as cakes or gifts for special occasions, on request.

Because his business is paused, he’s now not paying the cupcake maker, the cheese suppliers or the local entrepreneur who makes the jams.

“It snowballs,” he says.

And, when I was in the process of booking my stay, Heffernan well and truly sold me on the French cafe that bakes fresh croissants each morning, as well as the dog-friendly local pub and the many wineries within a few minutes’ drive (not that I needed a whole lot of convincing on any of those fronts).

On any given weekend, his business can bring 40 to 50 people into the town.

The locals try to support the small businesses around them, “but we can’t have a $60-per-person French meal every weekend,” he says.

“Everyone pitches in, but it just doesn’t cut it.”

“No, we are not okay”: Wedding industry vendor shares the pain of 18 months of business annihilation

"In mid-March 2020, an atomic bomb called COVID-19 landed, and I’ll be brazen enough to say there were few as close to the epicentre than the wedding and event industry," writes Kate Austin.

It’s never been more important to shop small. The future of our communities depends on it

We must all do more to support small businesses during lockdowns in Victoria, NSW and Queensland. The future of our communities depends on it.

So why don’t people donate the money to these businesses? They would have spent that money anyway.

Yet another fantastic article by one of the empathetic authors at Smart Company. Thank you for “getting it” Stephanie. The flow on from the handling of this pandemic knows no end. The business owners you’ve interviewed can see no end. Thank you for sharing their stories; it brings peace to know our dire business circumstances are seen.