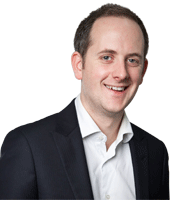 Any entrepreneur worth their salt is an evangelist for their business idea. Sometimes, however, the smart move is to avoid directly selling your brand to customers.

Back in 1993, iiNet founder Michael Malone found himself confronting audiences in WA that had little to no knowledge of the internet. Realising that it would be pointless selling iiNet itself, Malone decided to promote the benefits of going online instead.

Today, he tells StartupSmart how he helped create a booming ISP market that iiNet now has a handy slice of in Australia.

Elsewhere, mentor Graeme McCormack explains the benefits of buying a franchise over a business, we profile up-and-coming ‘car search engine’ CarGrabber and Taskmaster orders you to cut back on waste.