Election 2022: What does the recent history of small business ministers and shadow ministers tell us?

This is the first instalment of a four-part series in which Neil Slonim, an independent SME finance advocate from theBankDoctor.org, takes a closer look at which of the major parties are better for small business.

One of the most telling measures of how committed the political parties really are about the small business sector is how they have prioritised small business in their ministries and shadow ministries over the years. An analysis of the period since 2010 sheds light on this. 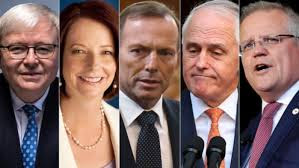 In the nine years since Tony Abbot came to power, the Liberal coalition has had six ministers for small business with an average term of 18 months. The longest serving minister was Michaelia Cash at 31 months.

Only two of the six ministers, Bruce Billson and Michael McCormack, acted solely as minister for small business. Billson was the only minister who held no other portfolio responsibilities and was also a member of cabinet. He was in the job for two years until September 2015, when Malcolm Turnbull overturned Tony Abbott.

McCormack, the only member of the National Party to hold the small business portfolio in government or opposition, was not in cabinet during his 15 months as minister for small business.

The other four Coalition ministers for small business had additional portfolios, usually aligned ministries such as employment, vocational training etc. Three of these were also members of cabinet during their terms in charge of small business among other portfolios.

None of the six could have been considered as coming from small business, although prior to and post politics Craig Laundy was involved in his family’s large hotel business.

Since 2010 no Liberal party small business minister or shadow minister has gone on to become the leader or deputy leader of the party.

When the Coalition was in opposition between 2010-2013 Bruce Billson was the shadow minister and a member of the shadow cabinet.

Under governments led by Julia Gillard and Kevin Rudd there were five ministers for small business with an average term of seven months, with the longest serving minister being Nick Sherry for 15 months.

None of the five ministers acted solely as minister of small business. They each had additional portfolios ranging widely from sport to energy and resources and tourism.

Chris Bowen is the only former Labor small business minister still in parliament and he and Gary Gray were the only members of cabinet, although at the time they both held other more senior portfolios.

None of the five could have been described as coming from small business.

What’s in the 2022 Victorian budget for small businesses?

Since Labor has been in opposition there have been six shadow ministers, with an average term of 18 months. None of these shadow ministers acted solely as shadow minister of small business. Labor seems to regard the small business portfolio as an add on. In recent years it has tacked this portfolio onto the already heavy workloads of some of their bigger names like Chris Bowen, the Shadow Minister for Climate Change and Energy and now Richard Marles who is also Deputy Opposition Leader and Shadow Minister for Science, National Reconstruction, Employment and Skills.

Given that Marles holds multiple shadow portfolios it is difficult to conclude that his rise up the ranks has been due to his performance in small business.

None of the six could have been described as coming from small business.

What does this all mean?

While length of time in a portfolio is not necessarily an indicator of success, holding a portfolio for a relatively short period inhibits a minister’s ability to get on top of the issues and build relationships with key stakeholders.

If we were to look for “best practice”, Tony Abbott as prime minister and Bruce Billson as small business minister arguably had the strongest commitment to and impact on the sector. Abbott was insistent that the portfolio be included in cabinet. Billson spent nearly four years as shadow minister and two years as minister. Both Abbott and Billson were strong advocates of the sector and generated a heightened level of awareness of its importance in the economy and society in general.

Billson was a strong supporter of Abbott and when Abbott was toppled by Malcolm Turnbull in September 2015 he was dispatched to the backbench. The interests of the small business sector were trumped by Turnbull’s determination to extract revenge from his same side opponent Abbott. Billson did not contest the next election in 2016.

As an aside, last year Billson was appointed by the Morrison government for a five-year term as the Australian Small Business and Family Enterprise Ombudsman, an organisation he and Abbott were instrumental in establishing. Many in the small business sector saw this as an inspired choice, although Richard Marles said this role “should be an advocate for the interests of small and family business, not an advocate for the Liberal Party” and the appointment “shows both Scott Morrison’s disregard for parliamentary standards and for ensuring an effective advocate at the national level”. In the event of a Labor victory it may well be that Marles will do to Billson what Malcolm Turnbull did to him in 2015.

Hell hath no fury than a politician scorned!

Based on how they have treated the small business portfolio, neither party has displayed the level commitment that would lead small business owners to become rusted on supporters, but Labor would appear to have done even worse than the Coalition.

In part two, to be published tomorrow, we look at what the two parties have actually done for the small business sector during their time in power.

Neil Slonim is an independent SME finance advocate from theBankDoctor.org, which is a not-for-profit small business advocate and commentator. This article was first published in his free newsletter, which you can sign up to receive here.

Election 2022: Labor and the Coalition disagree on the direction of power prices, so who’s right?

Neither party has been technically incorrect about power prices, but each is focusing on the facts that suit the preferred narrative. So let’s consider the full context.

Election 2022: A closer look at Morrison’s promise of no new taxes for small business

Prime Minister Scott Morrison has pledged no new taxes for small businesses ahead of the May election in a press release laden with eyebrow-raising claims.