Election 2022: Which is the best party for small business or are the minor parties and independents a better alternative? 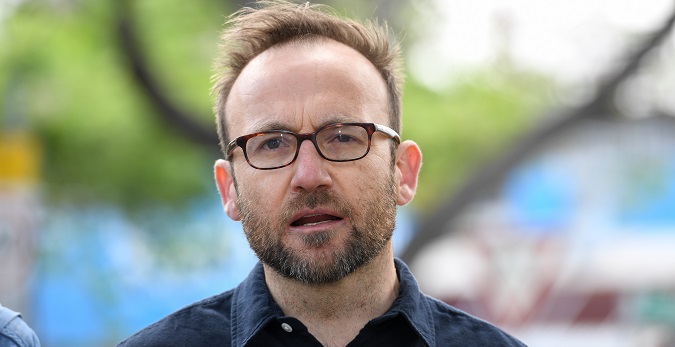 This is the fourth instalment of a four-part series in which Neil Slonim, an independent SME finance advocate from theBankDoctor.org, takes a closer look at which of the major parties are better for small business. Click here to read parts one, two and three.

This election series has chronicled how both the Coalition and Labor have treated the small business sector over the past 12 years.

We believe neither party has demonstrated the actions that would entitle them to claim to be the “party of small business”. In addition, small business owners, like so many other voters, have become disenchanted with the major parties preoccupation with power, petty politics and lack of transparency and diversity.

This begs the question: are the minor parties or the independents a better alternative?

In previous elections we have seen the rise of right wing parties like One Nation and the United Australia Party and on the other side of the political fence sits the Greens.

One Nation’s website lists polices on 23 issues but small business is not one of them. Although Pauline Hanson came into Parliament from a small business background, in her two years as an MP and six years as a senator she has not been successful in achieving any significant outcome for small business. One Nation currently has two seats in the Senate, held by Pauline Hanson and Malcolm Roberts, both from Queensland and it is unlikely this position will improve.

Clive Palmer is spending around $100 million on the United Australia Party’s campaign. Craig Kelly is the UAP’s only MP, although he was elected in 2010 as a Liberal. In 2021 he left the Liberal Party and briefly served as an independent before becoming the leader of the UAP. Kelly is a climate change sceptic and anti-vaxxer and it is unlikely he will retain his seat.

Like other politicians, Palmer and Kelly talk about small business being the engine room of the economy but in office the UAP has done nothing for the small business sector. The UAP website lists 13 policies with no mention at all of small business. Its other policies — like fixing home loan rates and imposing a super tax on iron ore exporters — are as fanciful as this advertisement for Craig Kelly. 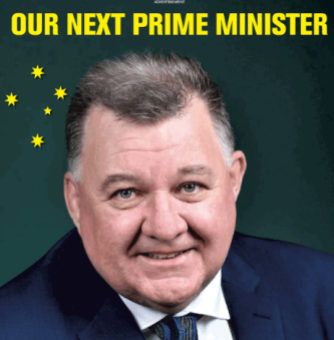 And the Greens and small business is an oxymoron. The Greens are a high-taxing, high-spending party. The party’s website lists 43 policy areas without a single reference to small business.

For One Nation, the UAP and the Greens in particular, small business is simply not on the radar.

A minor party that some small business owners might find more appealing is the Liberal Democrats. They have been around in one form or another for over 20 years and believe in smaller government and free markets. They have no representation in federal parliament and although they are running candidates in both houses at the forthcoming election it is unlikely they will gain any representation. The party’s Small Business Manifesto includes some worthwhile initiatives, such as “One in, two out” which means that for every new regulation issued at least two prior regulations must be eliminated.

Disenchantment with the major parties and the inability of the minor parties to have any material impact on government policy has spawned strong interest in a range of independent candidates.

There are already three independent MPs, Andrew Wilkie, Helen Haines and Zali Steggall, who each stand a strong chance of being re-elected.

Wilkie, a former Greens candidate, has been the independent member for the Tasmanian seat of Clark since 2010. Hailing from a military background, his primary focus has been on gambling and health issues. His website list 22 policies areas not one of which is small business.

Haines and Steggall were both elected in 2019. Haines holds the north-eastern Victorian seat of Indi and as a health professional her primary focus has been on regional health issues. Steggall defeated Tony Abbott in the seat of Warringah in the northern Sydney beaches area campaigning on a platform of climate change, mental health and honesty in government. The websites of Haines and Steggall are similarly deficient when it comes to policies for small business.

Independents say, with good reason, the major parties are focused on “power without purpose”. Their message is resonating with voters, some of whom are backing the independents because of a strong alignment of views on climate policy while others are doing so more as a protest vote against the two major parties and also the Greens.

Climate 200 is a fund established by Simon Holmes à Court that donates money to candidates who want to advance climate policy. Climate 200 is not a political party and says it does not dictate to the 22 candidates it supports. These candidates are not running for the purpose of forming government nor do they aspire to be the alternative government or part of a coalition government. Rather they are primarily looking to influence the climate policy of whichever party wins government.

Of the 22 candidates being backed by Climate 200 (along with thousands of individuals across the country) three are the incumbent independent MPs Wilkie, Haines and Steggall and another is Rebekha Sharkie — a former Liberal staffer who holds the Adelaide seat of Mayo for the Centre Alliance Party.

A number of these well credentialed and articulate candidates are aiming to dethrone high profile moderate liberals in blue ribbon seats including Josh Frydenberg in Kooyong, Tim Wilson in Goldstein and Dave Sharma in Wentworth. Voters in these safe Liberal seats may be able to afford to cast their votes based solely on climate policy but small business owners may not be in such a position.

Only three of the Climate 200 backed independents are involved in small business, and despite all candidates nominating a wide range of policies they would pursue, small business barely rates a mention.

Global inflation is likely to stick around, RBA says, as wages and business lending come to the fore

It is quite conceivable that several will win seats from the Coalition, which would give them considerable clout when engaging with which ever party gets to form government.

Unfortunately for small business though, this clout is unlikely to be exercised in improving the plight of small business owners given their publicly stated number one priority is climate change and then follows a wide range of social issues including integrity in government, equality aged care, education and refugees.

In the event of a hung parliament, securing support from the independents is going to be challenging, especially as it will necessitate dealing with individuals and not a party.

For instance, Monique Ryan, who is challenging Josh Frydenberg, has said that to gain her support, the governing party would need to commit to a targeted 60% reduction in carbon emissions by 2030, which compares to the coalition’s target of 28% and Labor’s 43%.

It is insightful that the independents will not be drawn on which party they would support in the event they are elected. Meanwhile the Coalition and Labor continue to avoid the question of doing a deal with the independents, both saying that they are seeking a majority. Their continued obstinance in refusing to acknowledge the legitimacy of the independents’ popularity may make it even harder for either party to win government in its own right.

The major parties only have themselves to blame for the groundswell of support for the independents but sooner or later it is most likely they are going to have to sit down and negotiate with them.

Small business owners will weigh up a range of factors when voting, but on small business issues alone a Labor government is less likely to be helpful than the Coalition.

That said, the Coalition has been in power for three terms now and could and should have done more for small business. Disenchanted small business owners may therefore feel inclined to vote Labor even if they remain unconvinced they will be better off as a result.

On small business issues, neither major party deserves a clear mandate and this only increases the leverage of the elected minorities and independents. This is not an outcome that will see the interests of small business high on the next government’s agenda.

Politicians of all persuasions talk about small business being the backbone of the economy, yet their deeds so often fall short of the rhetoric. Unfortunately this will continue as long as the highly fragmented small business sector remains unable to stand up for itself.

Small business owners have limited time, resources and understanding to get behind existing representative and advocacy bodies such as Small Business Australia, Council of Small Business Organisations Australia and Small Business Party, which are doing their best but are no match for the big banks, mining companies, telcos, property companies and airlines that exercise significant political muscle via their well resourced industry associations and high profile leaders.

Maybe the best small business owners can hope for from this election is that in the event a number of the Climate 200 backed independents are elected and are able to advance their climate policy demands, some small business champions will feel emboldened to step forward to galvanise the small business sector as the likes of Simon Holmes à Court and Mike Cannon-Brookes have done for climate change supporters.

Neil Slonim is an independent SME finance advocate from theBankDoctor.org, which is a not-for-profit small business advocate and commentator. This article was first published in his free newsletter, which you can sign up to receive here.

Act early, but don’t panic yet: How small businesses should respond to the first interest rate hike since 2010

With interest rates on the rise, experts say small businesses should get ahead of further increases without panicking over the first hike.

Election 2022: A closer look at Morrison’s promise of no new taxes for small business

Prime Minister Scott Morrison has pledged no new taxes for small businesses ahead of the May election in a press release laden with eyebrow-raising claims.

Behind Adore Beauty’s loyalty program helping drive $113.1 million revenue in just six months
Bring your “A” game: How to improve your marketing management
How low sugar confectionery business Funday scored Chemist Warehouse as a stockist mere months after launching
Cover your bases with this workplace law checklist
What is SmartCompany Plus?