A leap of faith: How property developer Mohan Du is turning risk into reward with his multimillion-dollar firm Capital Alliance

Twenty-nine-year-old Melbourne entrepreneur Mohan Du founded Capital Alliance in 2012 after financing a development site that went into receivership. After four years of operation, his company, Capital Alliance Investment Group, has overseen developments with combined gross realisable value of more than $1 billion, and revenue from its last project was $150 million.

That last project was Peppers, the first five-star hotel in Melbourne’s Docklands. Du also recently signed a deal with Marriott Hotels to develop the first new-build Marriott hotel in Australia in almost 20 years.

SmartCompany spoke to Du about the advantages of having a young team who are all under the age of 32 and why all entrepreneurs need to stay humble.

I was born in Shanghai and I moved to Melbourne when I was four. Technically I was not born here but this is home.

My parents migrated here in the late 1980s. Neither of them have a background in property, my mother hasn’t worked in 15 years due to medical reasons and my father works in agriculture doing livestock exports.

I didn’t go in as a developer, instead I went in to finance the site. When the previous developer sold the site, they sold it with pre-sales in place, plans in place, and a financier to fund the construction of the development.

I pulled together some money and my family supported me, and I found a handful of other potential investors who were interested. Without my family I wouldn’t be where I am today.

It was a relatively small deal but its what kicked off Capital Alliance.

The company name is Capital Alliance Investment Group – property isn’t even in our name. I didn’t think we were going to be a developer, because initially it was more about making that investment.

From there we just had exponential growth, year-on-year. We got to work on our Docklands projects, and from a gross value of $21 million, we jumped to $145 million.

If we wanted to do what we did today, we couldn’t; it was because I took that leap of faith back then that we were able to take off

Everyone in my office is under the age of 32. I find that young people are very eager to prove themselves.

In Australia when you’re young, people don’t give you time of day. They think “oh this kid won’t make it” and it’s a real old boys club. Today it’s a non-issue because we’ve proven ourselves, and people want to work with us.

By having a young team we’ve created a really good working environment where we can bounce ideas off each other. If we had someone older in the office I think the dynamic would change drastically.

Lack of experience can be an issue but experience doesn’t always foster creativity.

I don’t consider anyone in the office as employees. Everyone works together, and they work with me, not for me.

I considered us a startup initially and I still consider us as a startup.

I realised that the mentality here has always been quite backwards. No one gives young people a go, when young people often just need the opportunity to be given a go.

If you want to list your business in Australia, the first thing a financier will tell you is you need at least five years historical revenue. If you’re a startup, in any industry, how do you prove you have any profit or any huge revenues? 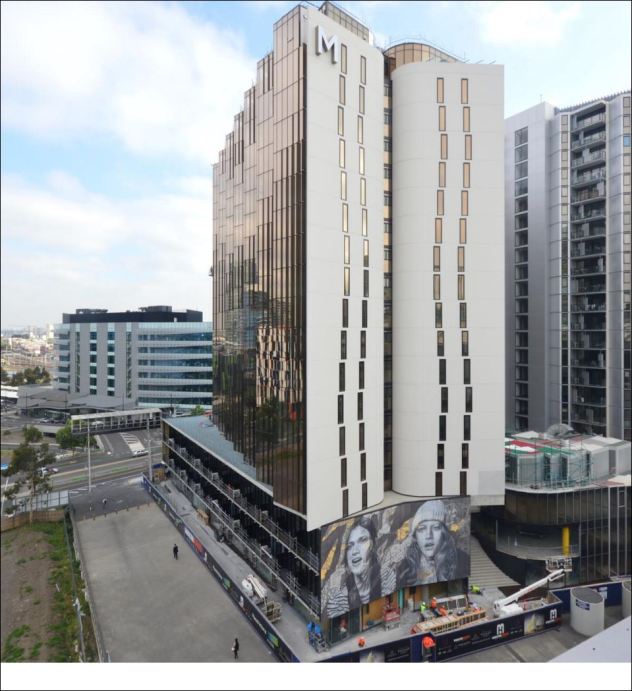 Capital Alliance develops in the Docklands, which is the largest urban renewal precinct in the entire country. Some of the biggest players develop in Docklands, but it’s taken a startup business like us to build the first five-star hotel ever in the Docklands. I don’t know why no one ever thought about building a hotel there.

Building a hotel isn’t easy – otherwise everyone would be doing it.

We signed a deal recently with Marriott Hotels to build the first new-style Marriott hotel in Australia in 20 years. The agreement with Marriot is the biggest deal we’ve done to date.

They decided to work with us, a young company, over anyone else. Reading between the lines, it probably indicates they’re sick and tired of doing the same things for the past 15 years

For me this is a passion. In startups its not about making money, its about doing things that will leave a legacy behind for yourself.

I want to think about what this is going to mean in the next 30 years. Do I want to be known as a developer who builds shoebox apartments? Definitely not.

If you go to New York, private residences converted into hotels are very common. I don’t know why Australians are so opposed to living in an apartment. There’s no reason we can’t model ourselves off a place like New York, apartments there are very liveable. We lack creativity in Australia.

It wouldn’t surprise me if the majority of the population began looking at apartments in the next 20 years. Over time people will grow into wanting that convenient lifestyle. In the future, instead of saying you live in an apartment, you’ll say you live in the district or the precinct. The conversation will change from just “an apartment in the city” to where you live having a lifestyle associated with it.

I personally back a couple of startups because I think there are some amazing people out there who deserve some support.

I don’t shy away from the fact that I’ve been very lucky. It hasn’t been easy for me but I know I’m lucky because the timing was good.

If you’re beginning a startup today it’s very difficult. You can’t find money, and if you go to the venture capitalists, they usually eat your company up.

You need to really stay humble.

If you work hard, you need to believe that by working hard it will pay off. It might not pay off tomorrow or the week after, but if you believe in what you’re doing and you remain humble, it will pay off

There’s nothing I would change if I could go back because if I changed something I wouldn’t be where I am today.

I’ve made mistakes and I’ve made decisions that were poor in hindsight. Everyone makes these mistakes along the way, and by learning from them early on in your business it makes you stronger.

I really believe that it can’t just all be about work; you need to have a really good balance between work and your personal life.

If I can make it, there’s no reason why anyone else couldn’t make it.

There’s plenty of opportunities in Australia or internationally; you don’t have to be a unicorn to make it big.