The awards honour Veuve Clicquot’s visionary leader Madame Clicquot, who took control of her husband’s Champagne business when she was widowed at 27, and grew it into a global brand and trailblazer of bubbles.

They highlight the boldest and most creative modern business women, who are innovating and fostering an inclusive and ethical approach to business, with finalists including leaders in tech, sports, sustainability and more.

In a keynote speech to open the awards ceremony, Rose Byrne, Aussie actor and co-founder of independent production company Dollhouse Pictures, said she had been mulling over what Madame Clicquot herself would have done, if faced with a global pandemic.

“She met every challenge in her life boldly, so I have to imagine she would have faced it with resilience and courage,” she said.

Byrne pointed to Clicquot’s own letters, in which she wrote: “The world is in perpetual motion … and we must invent the things of tomorrow.”

This year’s finalists are doing just that, and changing the world in their own way. Clicquot also advocated for acting with audacity, Byrne noted. And they’re doing that too.

“It is great to be able to pause that world of perpetual moment just for a moment, to congratulate the Veuve Clicquot Bold finalists and winners — women who walk in Madame Clicquot’s footsteps and demonstrate to us that her spirit is very much alive today,” she said.

“Here’s to the fearless woman, the bold woman, the audacious change makers and rule breakers of yesterday, today and tomorrow.”

She won out over fellow finalists Juliette Murphy, founder of FloodMapp, and Jessica Christiansen-Franks and Lucinda Hartley, co-founders of Neighbourlytics.

A former med student, Gunawardena created HealthMatch after noticing the struggle researchers faced in finding patients to take part in trials. At the same time, she was seeing patients coming into clinics desperate for new treatments that could potentially help them.

“When I founded HealthMatch, I knew that being bold and taking risks was going to be part of the entrepreneurial journey,” Gunawardena said in accepting the award.

“What I didn’t know was whether those risks were going to pay off. And without taking that leap, I’d never have had the chance to find out,” she added.

“I’m looking forward to a future where many more women entrepreneurs continue to take bold bets, particularly in the field of STEM.” 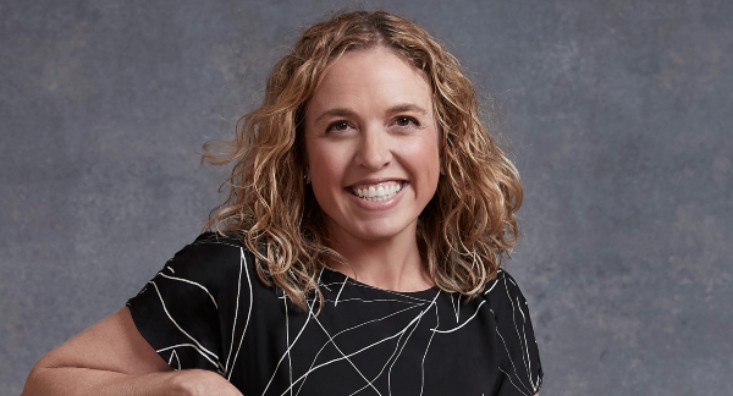 She was up against Nicole Livingston, head of women’s football for the AFL and former Olympic swimmer, and Katherine McConnell, founder of energy startup Brighte.

Chong was celebrated not only for her business success — the business has sold some 4 million pairs of underwear in eight years — but for her work in producing sustainable period products that have less of an impact on the environment, and in tackling the stigma that still surrounds menstruation and incontinence.

Announcing the winner, Ricardo Antunes, marketing manager for Moët Hennessey in Australia and New Zealand, and one of the award judges, noted Chong’s embracing of innovation “as a means to create positive change.”

“There was one story among these amazing business women which reminded us especially of Madame Clicquot — a story of being fearless of acting with audacity and grabbing opportunity with both hands.”

Chong herself said she is “so proud to be leading a business that has great alignment between profits and social impact”.

The award is a “significant recognition” of the work Modibodi is doing, she added.

“As a woman and a mum-of-four, scaling a business globally is not without it’s tough moments, so I actually do accept this award with great pride.”

She who dares, wins: Why women without technical skill sets should embrace the tech industry

Many women have doubts about pivoting into the male-dominated tech industry, but being open to new growth opportunities is always a good career move.

Women of colour still face discrimination at work. Here’s what business owners can do about it