“We definitely dodged a bullet”: Why these businesses that didn’t get Shark Tank deals think they’re better off 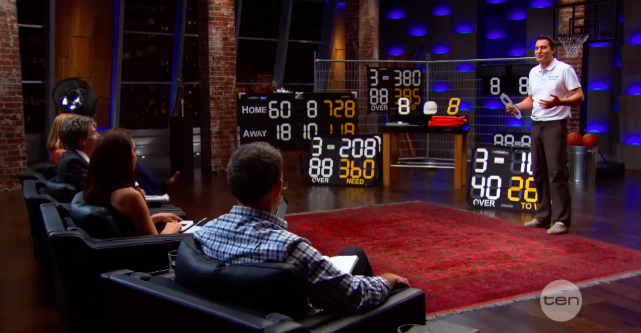 Though it’s a far cry from the realities of business, Network Ten’s Australian version of Shark Tank is one of the few representations of entrepreneurial and business life on modern television.

It’s for this reason so many Australian SME owners and startup founders hold the prime-time TV show in high regard. Not only is there a chance to net investment from some of Australia’s most notorious and successful businesspeople, your business is also — albeit briefly — thrust into the spotlight on national TV, providing more exposure and interest than most founders could ever dream of.

But often that exposure is the only thing entrepreneurs walk out of the tank with. In season one of the show, of the 62 businesses that pitched over the 15 episodes, 39 of those (or 63%) left without locking down a deal. And even for those who do shake on an investment, the deals themselves often don’t pass due diligence.

This leaves the majority of businesses on Shark Tank with nothing more than a prime-time grilling and some choice words from the investors. However, for some businesses, this was more than enough, with one former Shark Tank entrant saying in not being offered a deal in the tank, it actually “dodged a bullet”.

That company is Peak Chocolate, whose founders appeared on season three of Shark Tank last year looking for a $50,000 investment for 10% of their energy-boosting health chocolate range. Co-founders Raphael Freedman and Rory Boyden were battered by the sharks in the tank after Boost Juice founder Janine Allis questioned the health claims made by their product. They left empty-handed, but not deterred.

Sharks put the pressure on

Speaking to SmartCompany, Freedman says a year on from their appearance he’s happy to not have gotten a deal in the end. He says he’s heard some horror stories from fellow contestants who did agree on deals in the tank, but who now accuse some of the sharks of putting significant pressure on getting a return on their investments.

“One of the other contestants who went on that same season got a deal but hasn’t been happy with it, and another contestant from the first season apparently gave her money back to the investor because she was so sick of it,” he says.

“From what I’ve heard they look for an immediate return on investment in a short period of time, which is not what we were looking for.”

Freedman claims the sharks make it “really clear” to successful contestants they are looking for a big return on investment and early exit, something he says is fairly stressful for small business owners.

However, speaking to SmartCompany, Shark Tank investor and founder of RedBalloon Naomi Simson dismisses the claims. She says any business owner who thinks they’re not going to be asked questions by investors about a potential return is “naive”.

“It’s a fair and reasonable question, and if you think that’s pressure then you’re clearly not up to the game. I have investments from season one, two, three and now four, and I will certainly be expecting a ‘defining moment’ from them,” she says.

“It really is naive to think investors will just put money in and not ask questions about when they’re going to get that money back, and quite frankly, it’s disrespectful.

“You can’t get money from the bank and just tell them you’ll pay them back ‘at some point’.”

Interest still higher after the tank

Still, Freedman is resolute in believing his business actually benefitted more from Shark Tank after never getting a deal. The company witnessed huge spikes in online sales and traffic after the show aired, with over $20,000 in sales going through its store in the 48 hours after.

Though he says those numbers “didn’t continue forever”, the overall level of interest in Peak Chocolate became higher after the Shark Tank appearance, and a decent percentage of their influx of customers became repeat customers.

Interestingly, Peak Chocolate wasn’t only hit by an influx of customers; numerous investors also reached out to the founders with offers to fund or partner with the young business.

“We got probably five or six offers from investors, and we ended up going ahead with one of them who’s a major chain, and the offer ended up being better than the one we wanted on the show,” Freedman says. It’s a similar story for David Lambasa, the founder of modular scoreboard company Clever Score, which appeared on Shark Tank’s second Australian season, seeking $200,000 in return for a 25% stake in the business.

Though the founder was unlucky in the tank, he also was approached by numerous investment offers after the fact, many of which have come to fruition for the business and helped it achieve its original goal of international expansion.

“Though it was not the reason I went on Shark Tank, the fact you’re being exposed to a prime-time TV market and a wider audience really benefited my business,” Lambasa says.

“It was also a very enjoyable personal experience, though there weren’t many benefits from a business perspective.”

Overall, the entrepreneur tells SmartCompany he views the experience as a positive thing, and while he was offered a deal on his season, he turned it down because he didn’t feel comfortable with the deal and the amount of equity requested by the investors.

Today, Lambasa says the business is going from strength to strength, gearing up for a launch into the Japanese market and continuing growth in countries such as the UK and New Zealand.

“We’re growing substantially, but it’s hard to say how much of that is due to Shark Tank, because the business was growing at the time regardless,” he says.

Meanwhile, Freedman acknowledges his business probably wouldn’t be where it is today without the exposure and consequent investors which stemmed from Shark Tank.

“But I really do think we got the best outcome, and we definitely dodged a bullet,” he says.

Both Freedman and Lambasa feel they have ridden the Shark Tank wave to success, with Clever Score hitting its goal of international expansion and Peak Chocolate now about three times as big as it was last year when the episode aired.

The two say business owners should always be prepared for unexpected flashes of attention on their products, but say it’s important to effectively turn those eyes into customers.

“You have to be very ready, because you need to get people purchasing as soon as it happens,” Freedman says, noting that Peak Chocolate made sure to have a special offer ready on their site the same night as its Shark Tank episode aired.

Freedman also advises to follow up your popularity spike with a set of advertisements, even if businesses have never taken out ads before.

“Put some money into retargeting as it will help turn those eyeballs on your product into sales,” he says.

While Lambasa didn’t take much out of his Shark Tank experience from a business perspective, he reminds founders it’s important to be passionate about your business, and that investors can smell a dispirited entrepreneur from miles away.

“They can tell if you don’t have a passion for what you’re doing, and if you don’t, you probably shouldn’t be in business,” he says.

NOW READ: Steve Baxter on how a Perth entrepreneur scored an own goal on Shark Tank and what he should have done differently