Class of 2007: Burger Urge co-founder Sean Carthew on why the business isn’t afraid to be a bit controversial

Brothers Sean and Colby Carthew started their business, Burger Urge, 10 years ago with a single shopfront in Brisbane, and as the company has expanded, the founders have built a brand with marketing campaigns that are known for pushing people’s buttons.

Sean Carthew explains why it’s been so important to add vibrance when advertising burgers, and why even after 10 years, the business is still in its “growth phase”.

What inspired you to start your business 10 years ago?

I grew up in a small family business, and it was always something that I saw myself doing. I didn’t have a specific interest in food or retail, but I had a background in commercial property and my brother and business partner had a background in hospitality management. That was the start.

How different is your business today compared with 2007? 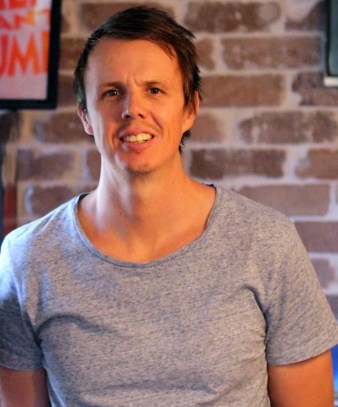 We’ve always set out to scale the business, and I would say I underestimated the challenges and what was involved to grow a company. We’re in a particularly competitive sector of the market; food is not an easy marketplace and there’s a lot of new competition, a lot of bigger, established operators. If anything, I’d say the business is performing very well, but we have aspirations to grow it much bigger still, especially with people doing things that are similar around you. After 10 years, we still see ourselves at the beginning of the growth phase of Burger Urge.

If you could go back in time and do something differently, what would it be?

We could have done a lot of things differently. Hindsight is a beautiful thing I guess, so I’m not going to say one particular thing. We started the business with $100,000—we were very undercapitalised for a capital intense industry. In my business, site selection is absolutely critical. You can have the best product, but without having the real estate spot on, it’s difficult. We’re not an online, e-commerce business.

In a completely selfish way, I like it because I have complete autonomy; I work to my own schedule. I was always that kid at school who wanted to do their own thing, and I don’t think I would have worked out too well in the army.

I also get to choose who I work with. If you have to spend that time with a group of people you don’t like, time goes slowly and painfully. We’ve got a great culture, and that’s rewarding to me personally.

A third point is seeing the people in the business who started with us when we only had one site grow with us; we’ve got people that have been with us for seven, eight, or nine years. This year we’ll do over $20 million in revenue, and they have got to see us grow into a well-recognised business.

You’ve received a lot of attention for your controversial marketing campaigns over the past decade. Did you expect running your business would also mean dealing with the court of public opinion?

I try to have more regard for my own kind of moral compass and view on issues and less regard for what other people think. At times people might not align with the way we see things, but we approached our marketing as: “close to the line, but not over the line”.

Our campaigns aren’t doing any damage to the fabric of society. It doesn’t bother us that we’re a bit controversial. I think that in the industry we’re in, we haven’t invented a new product, we just sell a pretty well established product, we sell hamburgers. We think about the brand more in the approach to what we do; it’s more about the attitude of our campaigns and the vibrance of what we do.

You’ll never keep everyone happy and if you try to, you’re set to fail, and we didn’t want that.

How has the fast food sector industry changed over the past decade? What threats to your business come to mind?

I think technology is definitely changing the retail landscape and not just the likes of online fashion, but for all industries.

In food, it’s being influenced by the various food delivery models: Deliveroo, Foodora and UberEATS. It’s really opened up the delivery food service model to a lot of smaller operators, who were previously unable to play in that space, and that’s probably the big one.

I also think that in the way you market a brand now, the approach must be more in tune with understanding social media well—you need to understand how consumers engage. A lot of traditional forms of media have less relevance than five years ago.

In 10 years’ time, I’d like to have established an international brand that is a household name at least in Australia, and have created a successful model for all stakeholders. I think we’ll definitely outgrow Australia; it’s a small marketplace. We’re already moving interstate now, it won’t be too long before we start having a serious look at international markets. You don’t set out to do these things, but you have to grow with your base— Queensland is a stepping stone.

It’s not so much about where we open, it’s more about doing things well and making sure our franchisees see a successful return on our investments. We’ve got a number of community initiatives, so we hope we can do some good too.

Are you optimistic about the next decade, or focused on challenges?

I’ve always been a glass-half-empty kind of person; I think you have both types of people in business, but I focus on trying to solve problems. I’ve never gotten too focused on the success that we have, really. As soon as you stop being competitive, that’s when your competitors get you.