Class of 2007: Tridant co-founder Alec Jeffery on how his technology business has “cut through the noise”

Alec Jeffery began IT service provider and consultancy Tridant in 2007 with co-founder Nimrod Kuti as a means of charting their “own course”.

The business started out representing one data analysis product but 10 years later, it’s grown into a consultancy that employs 75 people across the Asia Pacific region and is working hard to stay ahead of the “double-edged sword” of rapidly developing technology. Jeffery spoke to SmartCompany about how his business has tried to cut through the noise and continue evolving in a somewhat volatile industry.

What inspired you to start Tridant?

We started Tridant with the desire to plot our own course. We didn’t have a significant belief or desire to change the world in a huge way or make a significant dent, we just saw a market opportunity and decided we should go and take advantage of it. When we started the business, a specific data analysis and modelling technology was underrepresented in the region, and we decided we wanted to be the ones representing that product in Australia. It was nothing nobler than that. 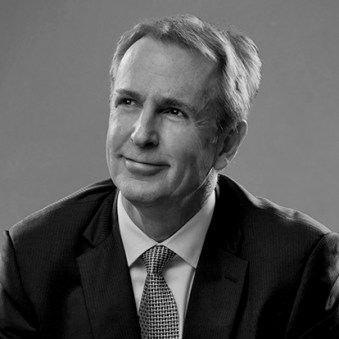 What were you doing before starting the business?

I immigrated to Australia in 2002 from South Africa, and while it was always sort of something in my mind when I immigrated, I didn’t really think about starting my own business as such. I was just working with a company in a similar field in business intelligence software and decided I was keen to back myself and give it a go.

The business today is much more complex than it was 10 years ago, as we were a two-man business then and now we have 75 employees. But the difference is not just the size. We’re no longer just a single product company; we’ve built a solution including a consulting service, and we operate in multiple countries including Australia and Singapore.

Building the team to reflect those changes hasn’t been entirely linear. We hired ahead of the curve when we felt confident or when we got large-scale jobs, but if you go back over the years there would be a few moments of rapid growth, but just as many times when our hiring quietened down. The challenge has been now we have become a largely people-focused business, we had to start assessing employees on their capacity to bring new expertise to the table.

What are some of the challenges you have come up against while running Tridant?

One of the realities of being a technology company is that it’s a double-edged sword. On one hand, new technology gives both the supplier and the user more choice, but the trouble is, with that choice comes a huge amount of noise. The term “data analytics” has been broadly misunderstood, but there’s a high level of awareness around it. This means we’ve had to find a way to cut through the noise to the other side.

There’s also a rising level of scepticism and concern around big data analytics projects, with fewer businesses willing to take the risk. Businesses want the projects to be smaller, and rather than engaging a business like ours to do it all at once, they want it done in quarters so they have more control over the outcomes.

Businesses have become risk adverse when it comes to tech projects and that’s made it harder to win big streams of work. I can’t see this changing in the short term, so it’s just another way we have to strive to show our value.

One of the nicest things about being your own boss is that you can do things the way you want to, and create methodologies you think make the most sense. I’ve always tried to build the company around people and hiring smart people is one of the fun parts — and getting them to engage with the business.

What do you think will be one of the most significant developments affecting your business in the next 10 years?

The rapid development around cognitive computing and artificial intelligence is certainly going to make its impact felt. The direct impact of that to us would be if businesses embraced those technologies, they will have stronger operations within the organisation and those on the supply side like us will be needed less.

Technology is getting particularly smart, everything is being automated in some form via artificial intelligence. I don’t know how it will pan out, but we will see a significant impact of robotics on a number of business processes.

There are a few things I would do differently early on, including putting stronger financial control in the hands of an independent person who is not the founders. In the early days, the founders are the salespeople as well, but you have to recognise the point where the business evolves and you need more formality in certain things. Strong financial processes are a big thing to bring in for an early-day business, but having a very clear message or method on your sales process is essential.

Good salespeople are worth gold but they’re few and far between, so hiring the wrong person can cause serious harm to the business. One of our biggest decisions early on was when to bring in a salesperson and when to recognise the founders’ role in the sales process.

What does the future hold for Tridant?

We’re pretty confident on the course we’re on. We have entertained ideas from various people wanting to buy the company over our time, but it’s never been the right time so we’re not interested. Right now, we are where we want to be.

I think this is most effective for us to use the technology in business. So many people are enjoy this education and they like to get more data from science. So i want to say we can developed our knowledge about business from here.