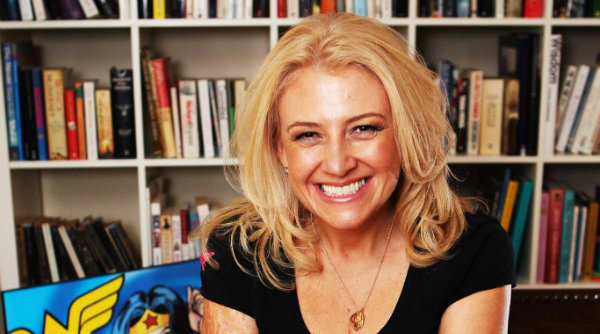 Dannielle Miller began her teaching career in 1993 in Western Sydney and she knew, even before she started, that it was going to be tough.

The teacher she was sent to replace was a man in his 40s who had suffered a nervous breakdown because he had been so ruthlessly tormented by the students.

“I was scared of whether I could control and relate to the kids,” she says. “It was a culture shock to be honest.”

The kids she was teaching came very diverse backgrounds and some had incredibly difficult home lives.

“In my first week — it was Maslow’s Hierarchy — if they weren’t fed, if they didn’t feel safe, if they hadn’t slept, teaching wasn’t possible. I became very interested in their welfare,” she explains.

Within two years, Miller, an author and the chief executive of Enlighten Education, was promoted to co-ordinator of the Students At Risk program which covers any young person who might drop out of school before finishing year 10.

“It can happen for a variety of reasons — learning difficulties, a troubled home life, difficulties outside school,” Miller says.

“I became creative about how I could engage them in learning.”

She started an afternoon group where the kids were fed and could get help with their homework, get extra teaching and talk to someone from when school finished until 5.30pm.

“They were always starving — I’m sure some of the students only came so they could eat,” she says.

“Others just wanted to be somewhere safe and warm and feel like they belonged.”

Miller describes the kids as “amazing”: lots were refugees, some had been soldiers in their home countries, many had only just learned English. As individuals and as a group, the dynamics to navigate were complex.

About 80% of the students brought to Miller as “at risk” were boys which made her wonder about the female students.

“These kids all came from the same homes and backgrounds so what was happening with the girls – are they okay?”

She sat down and talked to lots of them and realised they were far from okay.

“Some of the girls were being abused, a lot were self-harming. I realised they were just imploding rather than exploding like the boys who were more likely to act out by hitting, kicking, or damaging something,” she says. “The difference is girls can still do quite well academically even when they’re not coping emotionally — so it can be invisible.”

And so Dannielle’s devotion to the well-being and welfare of girls began.

For over a decade Miller continued working in education focusing on developing strategies and programs for dealing with students who were disengaged from their schooling.

In 2002 she founded Enlighten Education, which is a social enterprise that provides workshops aimed at developing self-esteem and resilience in young women and empowers girls to make informed choices.

“I was probably born to be an entrepreneur as I love the idea of problem solving,” Miller says.

“Having a vision and being able to sell it, is actually what I had to do as a teacher — “I love this book/idea and I had to sell it to the kids’.”

She loved the idea of starting a business with a heart and had her favourite quote painted on the wall of her business:

“By building respect and inspiring love business can move the world” — Kevin Roberts.

She wanted to create a business that was different in the way it ran.

“I wanted to encourage women to return to work, I wanted to pay them well, I wanted to live the feminist values that mattered so much to me,” she says.

Miller leads a staff of 10 across Australia, New Zealand and Singapore working with more than 20,000 students and their schools each year.

But building it hasn’t been easy: her marriage broke down along the way and being a single mum was “tough” at times.

“It was definitely hard because there wasn’t a lot of money at first and I was trying to educate people about a problem they didn’t think we had,” she explains. “Everyone thought boys had the problems because they were dropping out but girls were in trouble.”

Miller delivers her workshops to all types of schools — public, private, independent, religious and she says, almost invariably, the girls are facing the same issues and they need the same thing.

“They need a champion in traditional sense of word. They need someone to to talk to them, to listen, to be there and not to judge.”

Culturally, Miler says we are geared towards  shaming girls and pointing out their failings.

“The general rhetoric around girls is very alarmist and unhelpful and it’s particularly bad for teenage girls,” she says .

“No young person changes their behaviour because someone shames them. You create change by connecting — by telling stories, by being compassionate — by bringing them in, not pushing them away.”

The Enlighten Education workshops take up to six hours and are often delivered to 200 girls at a time. They cover subjects including positive friendship, resolving conflict, managing stress, feminism, body image and the depiction of women in the media.

Individually teen girls are extremely hard on themselves and they can be hard on each other. It’s for this reason that Miller focuses on letting young girls know they are more alike than they are different.

“It’s very powerful to let them know they don’t have to battle this alone. That if they support each and work together they are going to be unstoppable,” Miller says.

She aims to capture their heart first — by being honest and vulnerable and funny — and knows the mind will follow.

“I really do think these conversations — if they are done the right way — with love, not shame, can be life changing.”