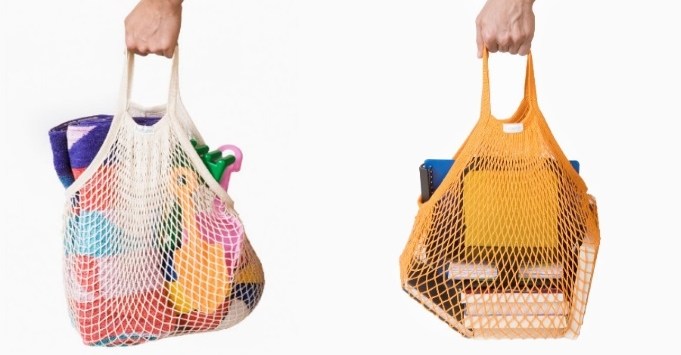 As Australia’s states and territories continue their exodus from lightweight plastic bags, one 65-year-old business owner has been reaping the rewards.

Mike Shakespeare is the sole owner and employee of EString Bags, a New South Wales-based business that supplies reusable cotton string shopping bags both online and in stores across the country. The bags are an alternative to the typical ‘green bag’ available in supermarkets and boast the benefits of being completely washable, and 100% biodegradable.

With the news yesterday that the Victorian government will ban plastic bags from late 2019 onwards, New South Wales remains the only state government to not pass judgment on non-reusable bags. Major retailers have also taken decisive action, with Coles, Woolworths, and IGA all banning the bag in numerous states.

Speaking to SmartCompany, Shakespeare says his sales volumes over the past 12 months have “literally gone berserk”, with the move away from plastic bags fuelling a desire for trendy, sustainable alternatives.

“It started, believe it or not, nearly one year ago to the day when the local governments and retailers said they were going to ban plastic bags. From that moment, I had a very sharp incline in sales,” Shakespeare says.

“It was absolutely amazing. I never promoted my online business, but literally overnight I saw it increase. Since then, my month-by-month sales have increased each month, and in June it’s literally gone berserk.”

In the last two months, Shakespeare says he’s done more sales than he had in the entire previous financial year, and his year-on-year sales are up a total of 260%. He doesn’t think it’s going to slow down anytime soon.

“I think momentum like this will go on for several months, and then it might plateau. What happens with a lot of customers is they buy the bags, then they forget they have them or they lose them, so they go and buy more. I get feedback like that all the time,” he says. A former director at food company Heinz, 65-year-old Shakespeare bought the company from the original founders around five years ago, intending it to be something he could do a few hours a week through retirement. After purchasing the business, he says sales started to die away, and Shakespeare faced issues dealing with the over 10,000 bags on backorder left by the previous owners.

“When I bought the business there were 10,000 bags on backorder as they hadn’t ordered any more stock,” he says.

“The first couple of years were definitely a real struggle.”

“Make hay while the sun shines”

It seems not all Australians are on board with the bag bans though, as Woolworths today announced a backflip of sorts on its no-plastic policy, now providing free reusable plastic bags for customers for the next 10 days.

“Since we phased out single-use plastic bags nationwide on the 20th of June, some customers have told us that getting into the habit of bringing their own reusable bags has been a challenge,” Woolworths managing director Claire Peters said in a statement.

“We’ve listened to these customers and heard they just want a little extra help from us to get through the transition to a more sustainable way of shopping.”

Shakespeare isn’t fazed; he believes the drive in sales of his EString Bags is directly linked to shoppers looking for plastic bag alternatives. And while there are other string bags on the market, only his are 100% cotton, with the majority of others made from polyester. Currently, online sales account for around 20% of the business, with the rest of sales done in-store.

EString Bags are processed in bulk in Sydney, with a packing operation running in the Gold Coast. The company’s biggest customers are IGA stores in Western Australia, and bizarrely a small store in Maleny, Sunshine Coast, which the owner believes is due to it being a “good tourist location”.

Shakespeare is the only employee in his business, and works on it seven days a week. This is a far cry from the “couple of hours” he initially thought he’d be working on the business, but in the end, he doesn’t mind.

“I bought the business as a semi-retirement situation, but at the moment I have to make hay while the sun shines,” he says.

“I’ll do that for a while, and then I think I’d be foolish to not look at the possibility of selling the business, maybe 6-12 months down the line.”