A gin brand that was founded seven years ago in Healesville in regional Victoria has been named the best gin producer in the world for the second year running.

Last year, Four Pillars became the first Australian gin maker to be named the International Gin Producer of the Year in the prestigious International Wine and Spirits Competition, and on Thursday, the business received the honour for the second time.

More than 400 distilleries enter the annual competition, and the win caps off an eventful year for Four Pillars, which was founded in 2013 by Stuart Gregor, Cameron Mackenzie and Matt Jones, and is now part-owned by drinks giant Lion.

The distiller has survived multiple lockdowns in Victoria, while also finding new opportunities by producing hand sanitiser and opening a new venue, the Four Pillars Laboratory in Sydney’s Surry Hills, in June. 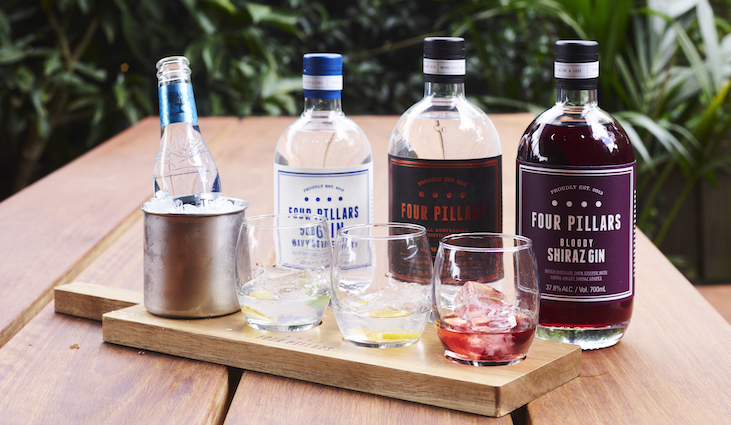 Speaking to SmartCompany, co-founder Stuart Gregor likened winning this year’s award to a sportsperson being able to defend their title.

“It sort of legitimises the first win,” he says.

“It says you’re serious, you’re proper. For me, that’s what yesterday meant … it wasn’t just a fluke last year.”

The judging panel then selects a winner from the distillers that have secured medals, and while Gregor says the judges don’t reveal exactly how they choose the winners, they “do talk about a distillery that has somehow captured the imagination of the judges throughout the year”.

The win is particularly sweet given 2020’s uncertainty, says Gregor, with Four Pillars’ venue in Healesville only reopening two weeks ago.

While retail sales have remained relatively strong, on-premise sales at restaurants and bars have taken a hit, and the brand lost close to 15% of all its sales as a result of the “complete and utter decimation” of duty-free shopping outlets.

There are signs things are improving, says Gregor, with Four Pillars recently picking up deals with Marks & Spencer and Waitrose in the UK, but the co-founder frankly describes the uncertainty of 2020 as “batshit crazy”.

It makes it difficult to plan and invest in the future, he says, revealing Four Pillars is ready to “pull the trigger” on a massive expansion of its distilling and hospitality spaces in Healesville, but those plans have been in the works for the “best part of two years”.

“But we’re backing the future,” he says.

“We’re backing what Victoria has done, and we’re looking forward to some sort of new normal in 2021 at some stage.”

A number of Australian wineries were also recognised in the awards, including Morris Wines, located in Rutherglen in regional Victoria, which was named Outstanding Wine Producer and Fortified Wine Producer. The Barossa Valley’s Wolf Blass Wines won the Red Wine Producer award.

For Catherine Crothers and husband Gary Jago, the move to the “middle of nowhere” sparked a new business idea, and their Big Tree Distillery gin is winning global awards.

Four Pillars Gin has sold half its business to multi-national drinks giant Lion as craft-brew consolidation spills over to spirits.