From 3am market starts and $80,000 in credit card debt: How Samantha Wills created a multimillion-dollar jewellery empire 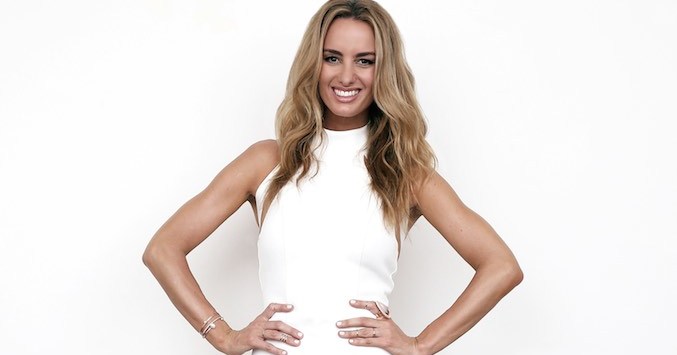 Jewellery designer Samantha Wills’ best piece of advice to fellow entrepreneurs is not to “burn bridges”.

“Business is such a people’s game,” Wills told SmartCompany while reflecting on what it took to get her business off the ground.

It’s a lesson that has been distilled over 12 years in business for Wills, who launched her eponymous brand at Australian Fashion Week in 2004.

Wills was 21 at the time and while holding down a retail job during the day, would spend her nights making jewellery to sell at the Bondi Markets on Sundays.

“Back then, you used to line up outside the markets and it was first in, best dressed,” she says.

“I’d be there at 3am in the morning, while people were still raging from the night before, in the middle of winter. You’d get a ticket at 7am and then go in and set up your stall.”

Those early days were full of “early starts and late finishes”, says Wills, who believes markets area great place for creative entrepreneurs to get started.

“You’re there with your big dreams but you also have an opportunity to start a business from a market table, with low overheads.”

Wills got her big break when a friend offered her a spot to show of her design at Australian Fashion Week for a cost of $500. Armed with $18,000 worth of orders by the end of that day, Wills quit her day job and gave her business her full attention.

Her business now has offices in Australia, the United States, France, Japan and Korea and is turning over more than $10 million annually, according to Fairfax. Her designs have been worn by Hollywood stars and celebrities, including the likes of Eva Mendes, Drew Barrymore and Jennifer Lopez, and her signature Bohemian Bardot ring was featured in hit television show Sex and the City.

“It was important for me to be involved because all small business owners go through a similar journey,” Wills says.

“It’s solitary and daunting, and so often you only see the successful ones.

“It’s important to show the struggles and hurdles … it’s going to be hard but if you’re not facing those hurdles every other day, you’re probably not pushing hard enough.”

For Wills, launching her brand was about creativity and independence.

“For me, it was about a love of creating and creating without limits,” she says.

“And being my own boss.

“My parents always had small businesses so I learnt the basics from them.”

But Wills says she’s not sure if being a business owner was always her “path”.

“I didn’t go to university, I’m completely self-taught,” she says.

Not studying some aspect of business is one of the things Wills says she would change if she had her time again.

“I was naturally gravitating towards the designing and creative, because it it what I knew,” she says.

“I wish had been more across the business side of things.”

Instead, Wills made a point of surrounding herself with “people who are good at the things you’re not”, which is something she recommends other entrepreneurs do too.

“In small business when you’re recruiting, you’re often selling people on your dream,” she says.

“At the start, you want a Jack-of-all-trades. You narrow [the roles] down as the business gets bigger. You might not always be able to afford to hire anyone, so it could be contracting or outsourcing.”

Wills also took plenty of inspiration from other female entrepreneurs, both at home and overseas.

“[Fashion designer] Tory Burch is also really inspiring with what she is doing with that brand.”

“I really like business owners that share their journey, who are down to earth and transparent. That’s something I really admire.”

Wills lists her business partner Geoff Bainbridge among her mentors but says as a business owner, “you can learn something from everyone”.

“Sometimes you learn something that does not apply to your business and that is just as powerful,” she says. 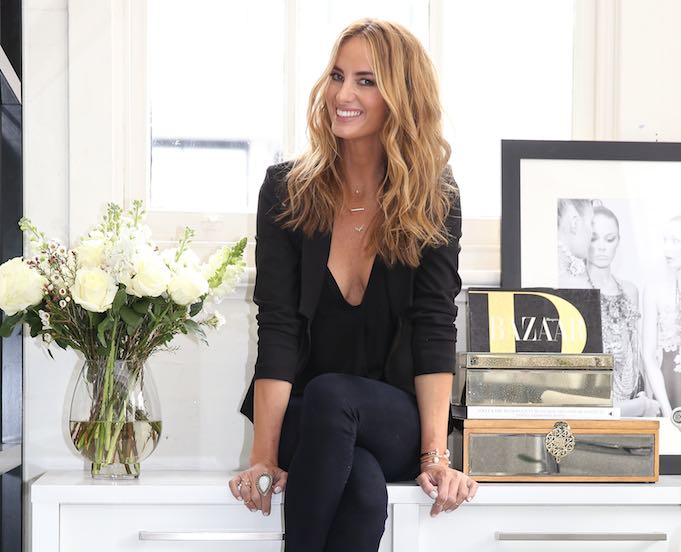 Wills readily admits she experienced one of the key challenges facing any business owner: managing cashflow.

“I was $80,000 in credit card debt by the third year and ever cent was going back into the business,” she says.

“When I started working with my business partner, I realised it was the lack of cash flow that got me into that position.”

Managing cashflow is all about forecasting, Wills says, especially in an industry like hers that is built upon lengthy lead times for new product releases.

“As a small business owner, you need to be thinking 3-5 years ahead,” she says.

“As management goes down the chain, that timeframe closes somewhat but you should be thinking at least three years ahead.”

Taking the Samantha Wills brand international was also challenging, Wills says, particularly when she first attempted to launch the label in the US in 2010.

“In my case I thought, ‘I’ve got a successful brand and I can replicate that in the States’, but that’s a very naïve view,” she says.

“Both markets speak English but it is a very different market.

“You’re back to the startup phase, back to the hustle … It’s about word-of-mouth and going back to basics.”

As to what’s next for her business, Wills plans to spend the next year “bedding down” internal structures and processes as she prepares to launch a global Christmas collaboration with an “iconic Australian brand” and continue working towards expanding into different categories.

“Next year there will be some category expansions, and apparel in the next few years,” she says.