“One good gesture deserves another”: How this Melbourne business owner’s hospital donation led to her products featuring on a city billboard

Melbourne business owner Susana Corcoba believes that in order for good things to happen to you, you must be willing to do good yourself.

This approach to business has been reinforced by a recent chain of events that started with Corcoba’s efforts to show her appreciation for Melbourne healthcare workers, and ended with an image of Corcoba’s gourmet food products sitting high above a city intersection.

Corcoba is the founder of From Basque with Love, a range of gourmet pantry items made from natural ingredients, including rices, lentils and couscous, which she started producing as a hobby seven years ago.

The company’s products are sold by 250 stockists across the state, and until recently, were a regular feature at many local farmers’ markets in Victoria and Tasmania.

Amid Melbourne’s ongoing coronavirus outbreak, Corcoba decided to send several boxes of her products to nurses and doctors working at The Alfred Hospital via a friend who works in the hospital’s intensive care unit.

The hope was that the gift would provide the workers with an easy-to-prepare meal at home, and take some stress out of their long days.

“It happened that this friend of ours spoke to a friend of theirs, who came back with an email,” Corcoba says of what happens next.

The email, from the owner of a Melbourne merchandise, design and marketing business, said: “I am a believer that one good gesture deserves another so we are offering you a free 14mx3m billboard for a week in South Melbourne for free”.

The billboard is located on Brady St in South Melbourne, adjacent to the West Gate Freeway, and its placement finished last Monday.

Corcoba says it’s too early to know if it has had a positive impact on sales, but she hopes the publicity will be reflected in next month’s sales when people go shopping and may recall seeing the brand’s products.

But more importantly, Corcoba says the gesture from this business owner, who is choosing to remain anonymous, shows how generous members of the Melbourne business community are, especially in times of crisis.

“It was really, really nice. It’s good to see that people appreciate these gestures, and that they like to keep giving,” she tells SmartCompany.

From Basque with Love makes regular donations to charities, including during the bushfire season, and Corcoba is currently working on a project to create shopping packs for farmers’ markets and donate the proceeds to associations that support Indigenous children.

“If good things happen to you and your business is going well, you share it with the community,” she says. 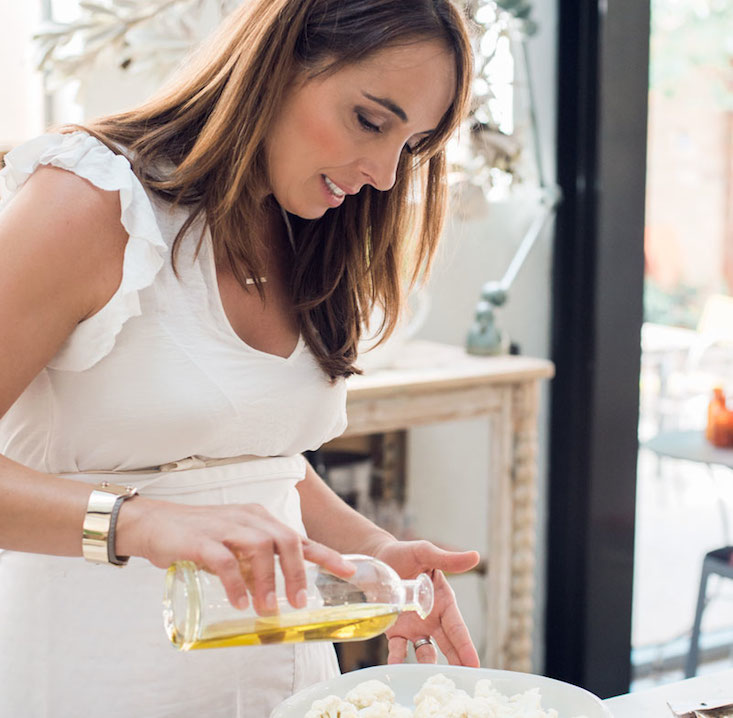 From a hobby to a national brand

Hailing from the Basque region on the French and Spanish border, Corcoba started creating her food products seven years ago after working as a fashion designer in Europe.

The original plan was to spend only a few years in Melbourne, before returning to France with her family, and so she intended to keep the business small.

But after two years, and making a decision to stay in Australia permanently, Corcoba says it was time to put all her “energy” into developing the company.

Three years ago, her husband Julian Freedman joined the company, taking care of sales and working with stockists, and the duo now has five full-time staff, along with sub-contractors and part-timers who help at busy times.

From Basque with Love needed those extra hands in March, and then some, when panic-buying took hold across the state and the pantry staples the company uses in its products, such as rice and lentils, were in short supply.

“It was crazy,” Corcoba recalls.

“Our sales were up 300% in the March month, and it was very challenging, because obviously, our suppliers were running out of stock.

“We had to find other suppliers to meet that demand. We took on extra people as well, but we managed. We delivered all our orders to our customers on time.”

The demand has continued in the months since, says Corcoba, as customers who purchased from the brand in those busy times come back for more.

“We’ve had a trajectory of [sales growth] month-on-month, year-on-year, since the beginning,” she says.

“That growth has been steeper since March.” 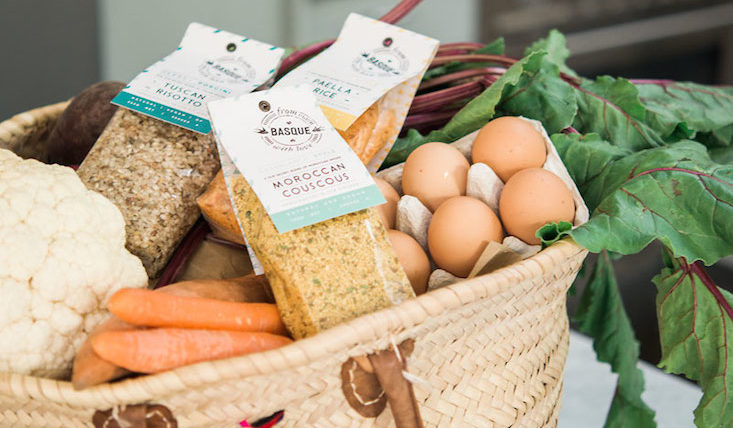 From Basque with Love has been able to keep its Morabbin production facility open throughout Melbourne’s coronavirus lockdown, with food manufacturers among the businesses permitted to operate.

But while sales have remained healthy, another part of the company’s distribution network has been affected: farmers’ markets.

From Basque with Love started out at farmers’ markets, and despite now having hundreds of stockists, the business still goes to about 20 markets in Victoria and Tasmania.

“We believe it’s very important to be talking to people,” Corcoba explains.

“The best publicity is word-of-mouth. You go to a market, you talk to customers, they talk with friends.”

However, under restrictions, most of these markets are not currently operating, and the ones that are still going are doing so on a smaller scale to meet social distancing requirements.

Corcoba says this change “hasn’t been too bad for us”, as wholesale accounts now make up most of the business’ sales.

“If this had happened four years ago, it would have been very bad because we were big with markets”,  she admits.

However, she still feels for everyone involved in these markets, from stallholders who’ve lost income to the managers and staff who do the behind-the-scenes work.

“A lot of people work behind these farmers’ and craft markets,” she says.

While fewer people are currently able to see the brand’s products at these markets or spend time browsing shops, Corcoba believes it’s the “perfect moment now to introduce ourselves to other states”.

After carving out space in the Victorian market, the company is now looking for a national distribution partner to take it into other states.

From Basque with Love’s products are designed to be turned into gourmet meals, quickly, and Corcoba says they appeal to both foodies as well as people who are looking easy-to-prepare options.

“In moments like this, when people can’t get out to restaurants, our product is serving its purpose more than ever.”

NOW READ: This Melbourne business owner is raising $10,000 to send care packages to nurses on the frontline, and support small businesses along the way

NOW READ: As Melbourne’s lockdown drags on, these startups are going the extra mile to support their SME clients