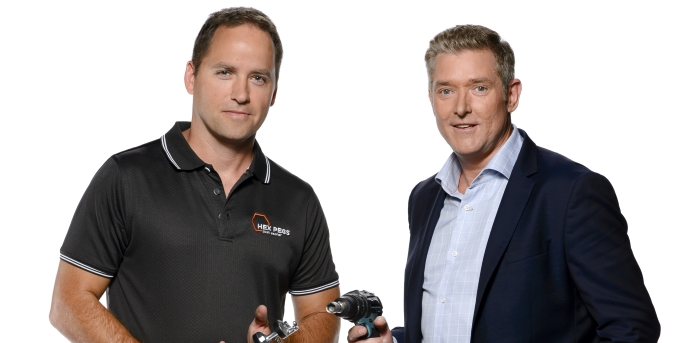 Damian Joyce is the founder of Hex Pegs — not to be confused with Hegs Pegs, a Shark Tank contestant from season one that scored a $100,000 deal with Naomi Simson. Joyce is still in the peg business, however, but his pegs aren’t made to go on your clothesline.

Instead, Hex Pegs are drillable steel tent pegs for camping. The founder came up with the idea after getting frustrated with flimsy metal pegs that bend as you hammer them in. A firefighter and a camping enthusiast, Joyce decided to devise a solution, coming up with Hex Pegs and launching the business in early-2017.

Fronting the five sharks, Joyce was seeking an $80,000 investment for a 20% stake in the business, and a quick demonstration of the product left the investors suitably impressed.

As they drilled down into the business, Joyce’s sales figures also impressed, with the business selling over 13,000 pegs and collecting $138,000 in sales since launch. Hex Pegs’ 75% profit margin also excited the sharks, with investor Steve Baxter’s eyes lighting up when Joyce confirmed he made a $7 profit on each peg sold.

The business has also been run through almost exclusively word-of-mouth online sales, with no major distribution partners. Fortuitously, shark Glen Richards is a board member and investor in OzTrail, one of Australia’s largest camping and outdoor goods distributors.

However, when Richards asked Joyce if he knew about his interests in OzTrail, the business owner revealed he was unaware.

“You know about my relationship with OzTrail?” Richards queried in the tank.

Speaking to SmartCompany, the Hex Pegs founder confirmed he had no idea of Richards’ involvement with OzTrail, believing the deal was squared away pretty recently and therefore slipped through the founders’ research.

“I did do my research but it must have slipped past me. I think his deal with OzTrail happened pretty recently, maybe late last year,” he said.

Nevertheless, Richards was game for a deal, despite briefly floating the idea that OzTrail could just create its own version of Hex Pegs. The shark offered Joyce an $80,000 investment for an increased 40% of the business, defending the equity hike as necessary for him to consider it a ‘serious’ investment.

But in the end, the OzTrail connection was too good, and the entrepreneur went with Richards.

Joyce says he was blown away to be offered deals from two different sharks, and while Baxters deal was good “in isolation”, he couldn’t resist the connections Richards brought to the table.

The deal is in the final stages of due diligence and Joyce says it’s “looking really good”, but Richards’ connections have already paid off for the business, with Hex Pegs now stocked in OzTrail stores across the country.

“We’ve locked away a partnership with OzTrail for them to be our sole wholesale distributor, which is absolutely awesome. It’s opened up a lot of doors into the retail market in Australia,” he says.

Sales are also on the up, says Joyce, who is hoping for an eventual overseas expansion sometime in Hex Pegs’ future.

A self-diagnosed Shark Tank superfan, Joyce says he rewatched every episode to prepare for his pitch, but was still nervous as soon as he entered the tank. He advises other businesses to give getting into the tank a shot, despite what your worries might be.

“Don’t ever give up. If you get the chance to go on Shark Tank, take it. I was very tentative as Hex Pegs is almost like a fifth child to me, and there was a real chance it could be blown to bits on live TV,” he says.

NOW READ: Why this founder says he’d rather be “thrashed by 130-kilogram blokes” than pitch on Shark Tank again