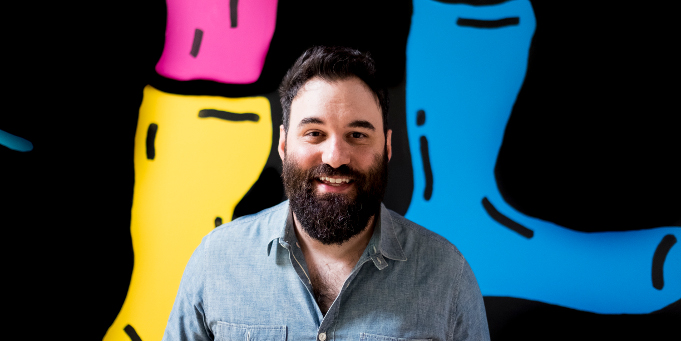 If a sock was to go by any other name, it could be called a foot cardigan.

At least that’s what founder Bryan DeLuca was banking on when he started sock subscription service Foot Cardigan four years ago. The US-based company sends users a monthly pair of socks with random designs, and it has recently launched Down Under.

“I’m big on testing things with focus groups, so we presented the three names and had almost 300 people sign up for the name Foot Cardigan.”

“If we had chosen either of the other names we probably wouldn’t have a company. The reaction was so weak.”

Each month, subscribers to the service receive a random pair of socks sourced from over 50 designs that Foot Cardigan concocts each month. Sock designs are sourced by both in-house designers, and various freelancers.

This business model has lead Foot Cardigan to be one of the largest and most popular sock subscription service in the world. And it comes with the added perk of eliminating inventory concerns.

“We don’t have inventory issues because customers never know what sock design they’re going to get,” DeLuca says.

“Leftover designs will sit in our warehouse to be used for a different set of customers next month.” 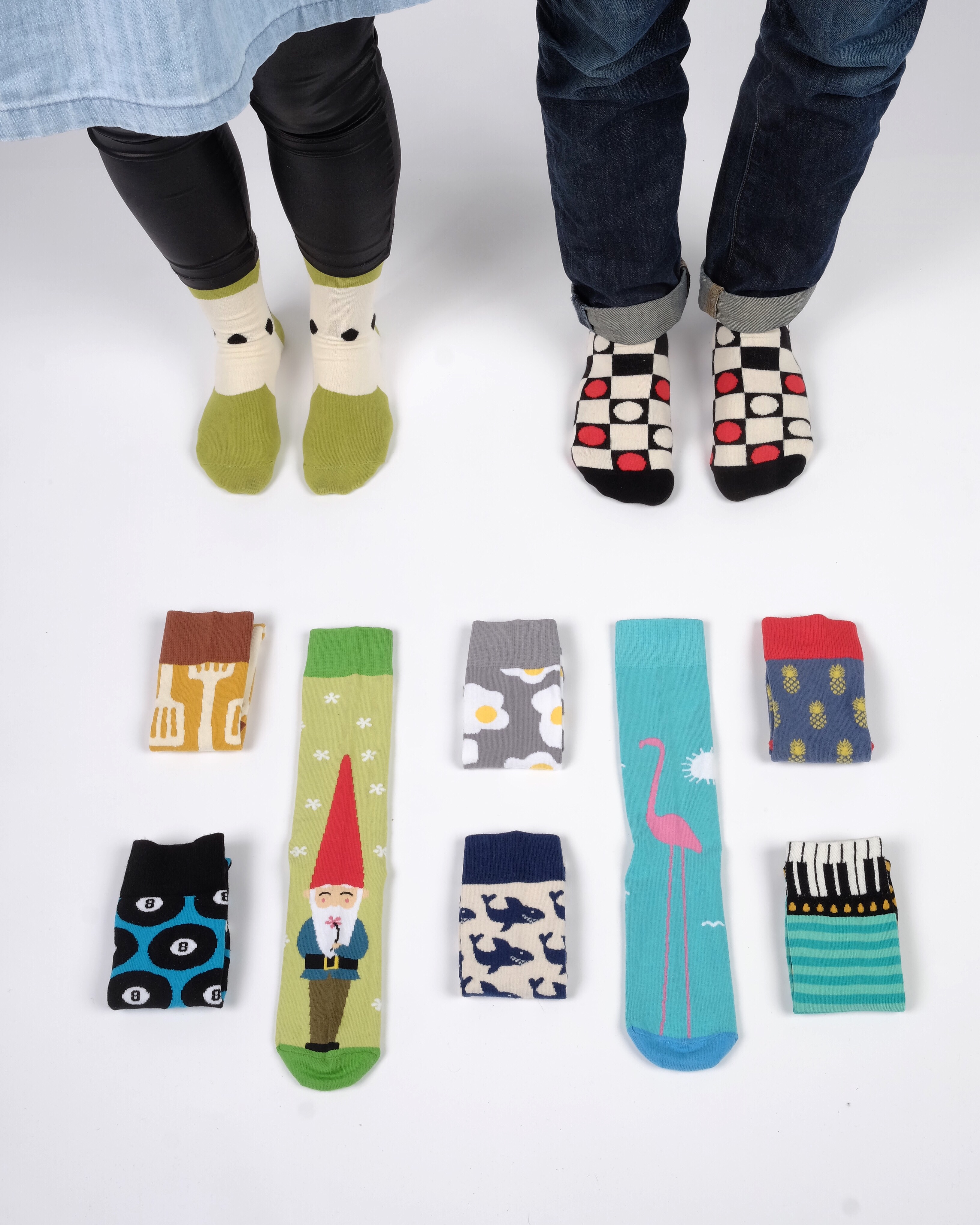 Australia launch thanks to steady traffic

DeLuca says the decision to launch in Australia was “a given”, thanks to unusually high interest in the subscription service from local shoppers. Last year, 13% of Foot Cardigan’s sales were international, and 6% of those sales were coming from Australia.

“We looked at our growth and saw something going on with our traffic in Australia, it was climbing steadily month-on-month,” he says.

Having tripled its growth in Australia in last year alone, DeLuca believes Foot Cardigan’s success can also be attributed to the company’s resonance with Australians’ sense of humour.

“Our humour seems pretty on par with the humour Down Under,” he says.

The entrepreneurs describes the early days of Foot Cardigan as “slow and steady”. At the time, the company ambitiously had seven different co-founders overseeing its growth, but that number has since been cut back to four—a change DeLuca welcomes.

“It was pretty muddy for a while, there wasn’t enough for everyone to do,” he says.

“Bringing in four of us made tasks easier to divide and conquer.”

While maintaining this slow and steady growth, the founders were presented with an opportunity to appear on the US version of Shark Tank. DeLuca says the company didn’t need the money but applied anyway to see what would happen.

In 2015, DeLuca and fellow founder Matt McClard appeared on Shark Tank, locking down a $US250,000 investment from billionaire Mark Cuban. While the deal didn’t end up going through, the publicity received from the show put Foot Cardigan’s growth into overdrive.

“It was pretty incredible, we grew five-fold in one quarter,” DeLuca says.

The element of surprise

Running a randomised sock delivery service means your business model must thrive off the element of surprise, and this is something DeLuca and his team have incorporated into many aspects of the business.

Along with eliminating inventory issues, the element of surprise is what DeLuca believes is driving Foot Cardigan’s success.

“If customers could pick their socks every month it’d be just like going to the store and buying them,” he says.

“Not everyone gets fun mail anymore. More often than not, you know exactly what you ordered. We want to build on that euphoric feeling of not knowing.”

However, DeLuca concedes not every customer loves surprises.

“You’re going to have a very small amount of people who hate the socks they get. We try to make a design that’s going to be great for our 50,000-plus subscribers, but we know a small amount will always hate them,” he says.

And while the surprising deliveries may please current subscribers, DeLuca says it is great customer experiences that will attract new ones.

Through the company’s social media presence DeLuca was alerted to a US customer who had one of his toes amputated and was inquiring on Twitter if Foot Cardigan had socks to fit his foot.

“I cut up a sock and kitted other socks for his amputated toe. We got about 35 new subscribers just because of that,” DeLuca says.

“Brands nowadays are going to win with the experiences they give the customers, but it has to be genuine. You can’t come off looking like a dick.”

“When you have a world where you can buy any kind of socks, customers need a reason to choose ours.” 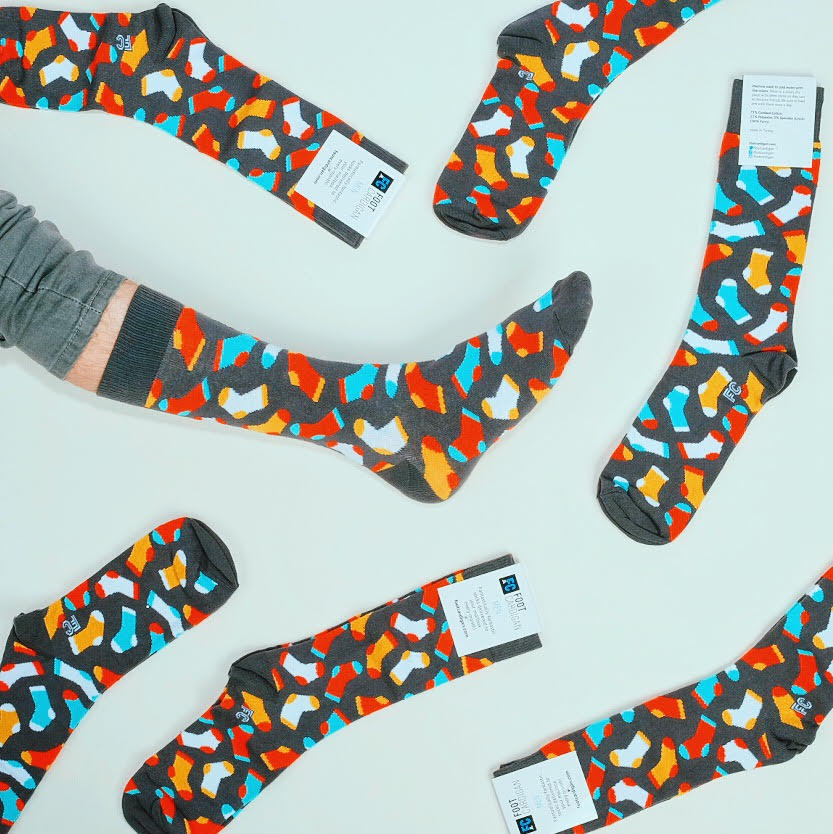 “Everyone wants to be the unicorn”

As his business looks to continually innovate and surprise its customers, DeLuca says he is “shocked” more businesses don’t operate in a similar way.

“If companies want to play it safe, they won’t be around for very long. Consumers are getting smarter, and they want to feel connected to a brand,” he says.

But in a world of startups all trying to be a unicorn—a company valued at over $1 billion dollars—DeLuca says his company doesn’t want to be like that.

“Everyone wants to be the unicorn, but sometimes a single double or triple is just as good as a home run,” he says.

“I’m not trying to be a billion-dollar company, and that’s okay. Not every startup has to shoot for this super rare thing, if it happens it happens.”

With his sights on the future, DeLuca says his ambition is of “owning the sock drawer”.

“We’re about to launch shorter ankle socks, called ‘no-shows’, along with a series of luxury socks with more subdued patterns,” he says.

“We’re also going to launch some collaborations with designers soon to hopefully bring in some new customers.

“We’ve seen millions in revenue with just one type of sock, and we’ve still got so much to do. We’re going to keep growing and keep having fun.”

Socialsockclub.com based out of Australia is doing a similar thing with their sock subscription service. They all donate a pair of socks for every pair of socks purchased!