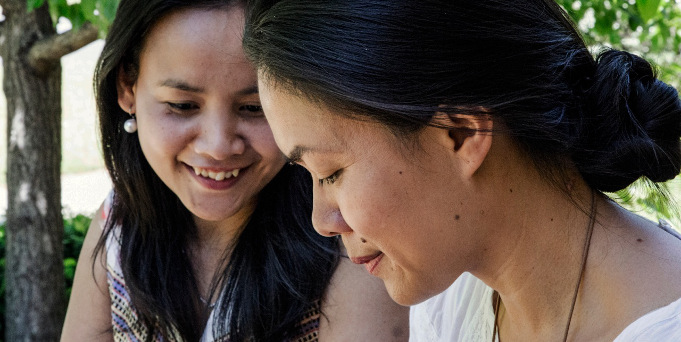 After months of planning, a non-profit organisation that has partnerships with major Australian brands has launched to support financially excluded women to start their own micro businesses.

Global Sisters, founded by entrepreneur Mandy Richards, offers business coaching and support networks through a digital and face-to-face platform to support the 1.5 million women in Australia who face financial exclusion.

Women who join Global Sisters can also access a coaching/mentoring program, short education courses in “business know-how”, a business directory and marketing tools, sales channels, including an online store, and micro loans to finance their business. The organisation also plans to provide women with smartphones that will enable them to run their businesses and access the Global Sisters programs.

The program has partnerships with major Australian retailer Myer, and international players Deloitte and Citi. Through these partnerships, Richards’s organisation hopes to become fully self-sustainable.

Global Sisters is currently working with 50 different women across the country, with workers in Melbourne, regional Victoria, Sydney, Canberra, and Brisbane. Richards says now she’s got the entire infrastructure in place, she hopes to “ramp up” in the next few weeks and expand the organisation further.

“One of our women we’ve been working with has a business focused on a traditional African ginger tonic called Auntie’s Ginger Tonic,” Richards told SmartCompany.

“Through our coaching program, she has specialised help for product development, and another separate coach with a marketing focus. She’s about to work with another person on the finance and business side.”

To get women to this stage, Global Sisters provides a short education program, which can be taken as a week-long intensive, or strung out over a period of time.

“We offer this either face-to-face or digitally, and it takes them through some basic business training to get them to a base level before they take off on their own,” Richards says.

At the end of this intensive, Global Sisters runs its own version of television program Shark Tank, called Dolphin Tank. This allows women to propose their business ideas and receive advice from experts on how to take the business forward. 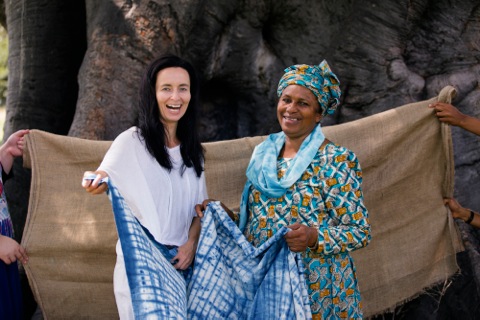 The journey to Global Sisters

“Our COO Heather Thomson and I worked for the entirety of last year on Global Sisters, setting up the board and securing enough funding for the next three years,” Richards says.

“We’re a bit unusual for an NGO (non government organisation), as I don’t let anyone use the word charity when referring to us. The long term goal is to become fully self-sustainable through commercial income streams and passive income through corporate partnerships.”

This is not Richards’ first business venture, with the entreperneur having won the first and only season of Shark Tank predecessor Dragon’s Den, which aired on Channel 7, with the highest level of investment from the show. The business which she pitched on the show, PawPaws Urban Retreat, is a five-star pet resort based in Sydney but Richards is no longer involved.

Prior to founding PawPaws, Richards and a friend invented a high quality non-disposable tampon case aimed at active women, called the Tampod, which she later sold to Sancella, the umbrella company that owns tampon brand Libra.

Richard’s inspiration for Global Sisters stems from a number of sources, with Richards saying her upbringing in Indonesia planted the seed.

“I worked overseas in Africa, and I would always see women making incredible things with incredible practical skills, but there was no way to connect them with people who want to buy what they’re making.”

After returning to Australia, Richards worked with Social Ventures Australia, setting up a social enterprise hub based in Canberra.

The hub worked “reasonably well”, but Richards believed more could be done, acknowledging the “massive focus” on female entrepreneurs in Australia.

“None of the focus is on entrepreneurs at a grassroots level, it’s all focused at women like me who have opportunities and are okay financially,” Richards says.

“There are a number of women that for whatever reason can’t access mainstream employment or get a 9-5 job, their only alternative was to go on welfare or a shitty cleaners job.”

Another key aspect of the program is what Richards calls the “Sister Tribe”, which provides a support network for women who are already part of the program.

“It’s amazing how important this aspect is, it’s a critical support network,” she says.

Women provide each other with business opportunities and advice through the Sister Tribe, along with emotional and psychological support.

“Some women are even at the stage where they have provided employment opportunities for other women in the program,” Richards says.

The businesses started up through Global Sisters vary wildly, but are “generally practical” according to Richards. The business founders are selling anything from jewellery, handmade and dyed clothes, massages, and a variety of food products, including organic miso.

Richards hopes by providing access to these services via a technology platform, Global Sisters has the potential to scale globally.

“It’s about having as much impact as we can,” she says.