In a market overtaken by big business, independent kombucha brands say they are not dead yet

A transition from the inevitable hype over a new product and kombucha brands sprouting up at every corner, to a market consolidation where some Australian brands have already attracted the likes of Coca Cola and big businesses, some are innovating to keep playing the game, and some eventually may not survive.

It’s survival of the fittest.

Except independent small-to-medium kombucha companies say the ‘fittest’ brands, at the end of the day, might be making a product that could be better classified as a ‘kombucha-style’ drink with questionable levels of live bacteria.

Analysts have forecast the kombucha industry could grow to US$1.8 billion in sales by the end of 2021, as the health drink encroaches on the global soft drink market, with consumers becoming increasingly health-conscious.

If the Australian kombucha market continues to merge from the approximately 30 brands now, the share of the billion-dollar pie could end up going to a handful of brands, some of them owned by already massive companies.

“The large multinational backing of some of these kombucha brands has made entry [into the market] a lot more competitive,” says Paul Tansley, one of the co-owners of Kombucha Brewing Co based in Byron Bay.

Kombucha Brewing Co runs a trendy kombucha taproom, featuring its popular traditional kombucha, known to many of its buyers as the Bucha of Byron, as well as two alcoholic kombucha brands, which are sold nationally.

“From a price point of view, there’s a real expectation [created], and so the possible profitability goes out of the kombucha category because of having to compete on the price.

“And likewise, having budget to spend on branding fees, promotional fees, that can be quite prohibitive to small, more independent brands.” 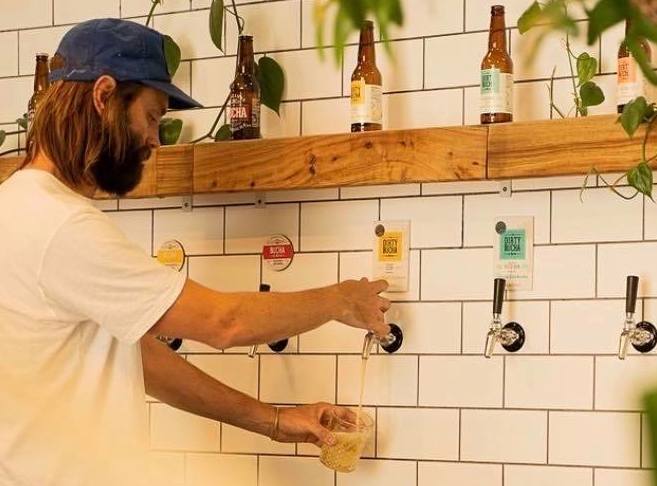 Of the large kombucha brands in Australia, many are owned or partly owned by large global and Australian companies.

For example, Mojo Kombucha, originally run by a husband-wife duo from South Australia, was bought up in 2018 by Coca Cola in a multimillion-dollar deal that secured Mojo a lucrative spot in the branded Coca Cola fridge and other shelves in the approximately 110,000 outlets that Coca Cola sells in nationally.

Remedy Kombucha, possibly the most popular Australian brand, is partially owned by Australian-New Zealand food and beverage company Lion, which was recently bought by Bega Cheese for $560 million from Japanese beverage giant Kirin.

And then there’s LO Bros, which is owned by SoulFresh, a health foods and drinks company that sells in major grocery stores in Australia and NZ, and the likes of Wholefoods and Sainsbury’s in the UK.

Co-founder James Huddle from Melbourne’s Two Boys Brew says the potential for investment and offers as a kombucha brand is significant.

“I guess the problem is you’ve got a loyal following of brand-lovers who’ve been along for the journey. But where does the story go when Coke buys it?”

But there’s brewing tension in the kombucha world around some larger commercially backed brands that may be selling dubious kombucha in order to cut costs or appeal to the no-sugar trend in beverages. And they may be the brands that come out on top.

On the Today Show last year, acclaimed nutritionist Dr Joanna McMillan went on air saying some kombucha brands in Australia had less probiotics than “Sydney tap water”. This seems pretty well known among those in the industry, but is only recently gaining in awareness with consumers too.

Avit Bhindi, co-founder of Sydney-based Jiva Kombucha, says “the theory behind kombucha and probiotics is that the sugar feeds the probiotics, so if there’s no sugar, there’s an argument on how do the probiotics keep alive”.

“The sugar-free ones have been questioned on their authenticity,” Bhindi adds.

James Huddle from Two Boys Brew also describes a phenomenon where some brands pasteurise their kombucha, killing all the probiotics in need of refrigeration. Or they add non-refrigeration probiotics into the kombucha afterwards in order to continue calling themselves a probiotic kombucha. This saves on costs and increases shelf life, but is low on the ethics of kombucha, he says.

“There are a lot of big players in the country who don’t move their product around in refrigerated trucks,” Huddle says. “Like how is that possible?”

“You’re left with a product that tastes like kombucha, but isn’t kombucha,” Bhindi explains.

He says we shouldn’t be instantly suspicious of brands on shelves or those that claim to have no sugar — “I’m not sure if they have some super-scientist who’s creating something that nobody’s heard of” — but it’s good to ask questions.

Bhindi and others fear, however, that as the market starts to become less diverse, some commercial brands producing questionable kombucha could be forging the path for the industry and leading consumers on what to believe.

Whether consumers really care about the live culture question or not is debatable. Certainly, in the US, there have been a number of class actions and lawsuits against kombucha companies scrutinising their live cultures, sugar and alcohol levels.

In 2017, a false advertising lawsuit was brought against PepsiCo-owned brand KeVita, which pasteurises its product and adds probiotics in afterwards. The lawsuit, like many others, laboured over the exact definition of “real” kombucha, which proved to be as slippery as SCOBY.

The Australian Beverages Council does not specify whether the fermented drink should contain its original live cultures, or any live cultures in fact, to qualify as kombucha. This hasn’t proved to be a problem for Australian consumers yet, although many swear by home-brewed kombucha on local Facebook groups.

Despite the oncoming consolidation, Jiva, Two Boys Brew and Byron Bay’s Kombucha Brewing Co all say independent, small-to-medium brands and their ethics around “real” kombucha containing the original live cultures are not dead yet.

While the national lockdown in March and April 2020 was tough financially for some smaller kombucha businesses, each of the brands say they used lockdowns to claim their space in the market.

Having won the Best Kombucha award at the Drink Easy Awards in 2019, Two Boys Brew found success with an online business during Melbourne’s tight lockdown thanks to loyal customers and a floral kombucha range in swanky brown glass bottles with names such as “French Kiss” and “Silk Road”.

Meanwhile, Huddle reported a 600% increase in its online sales during lockdown.

The idea of ‘premium’ kombucha seems to be working for a number of smaller companies as a way to cut through the market of hugely popular brands selling in mainstream grocery stores.

For Jiva, that has meant selling in health food stores and premium Australian grocers such as Harris Farm Markets, but also expanding overseas to countries such as Hong Kong, Singapore, and Malaysia where the business reports strong sales. 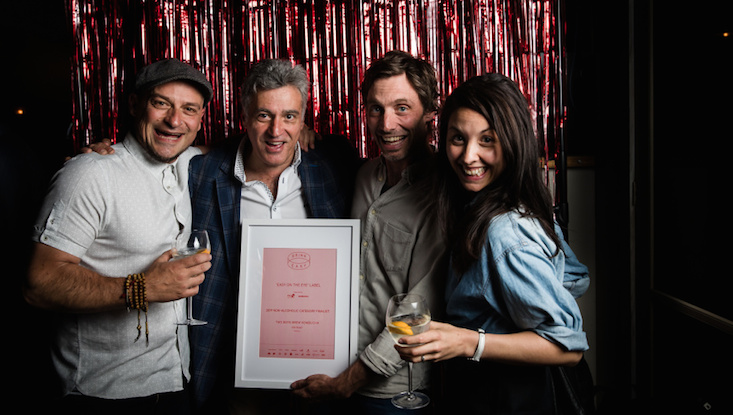 There are also other ways brands have sought to differentiate themselves, including hopping onto the alcoholic kombucha trend.

“There’s a trend happening in the US, what they call ‘hard kombuchas’ or alcoholic kombuchas, which has had huge growth,” says Tansley, who used to be the global brand manager for Corona beer and has watched the US kombucha space closely for inspiration.

While it doesn’t make any outrageous health claims, the company is certainly on-trend when it comes to “healthy booze” becoming increasingly popular.

Tansley thinks customers minding their health is also extending into them being more aware of the big business side of kombucha, and growing support for local and independent brands.

“It’s kind of had a double-edged sword I think for some of the companies. It’s given them financial strength and the ability to compete that way, but the flip-side, is going mainstream on that level isn’t always a draw for customers.”

A shed, some yeast, and one horrified wife: How Mojo Kombucha went from a farmers market stall to being acquired by Coca-Cola

Adelaide-based beverage company Mojo Kombucha has gone from “very humble beginnings” brewing kombucha in the back shed to being acquired by Coca-Cola.

Expansion into the UK, new products and a renewed focus on e-commerce are on the agenda for Nexba, following its Telstra Business Awards accolade.