A leap into the great unknown: Jane Martino’s journey from startup land to a big corporate and back again

Jane Martino is about to take a leap into the great startup unknown – again.

A successful, prominent Melbourne entrepreneur, Martino has already guided a business to an exit and worked within a big four bank, but now the startup world is calling and she’s about to leave it all behind to start anew.

The founder of Smiling Mind and Shout for Good, Martino has a history of building commercially successful, socially conscious businesses that perk the interest of bigger corporates.

She’s also a well-known member of the local and national ecosystems, sitting on several boards and peak industry bodies and driving a discussion around STEM education and diversity.

After working at ANZ for about a year, Martino has decided to leave and seek a new tech company adventure. There’s no fall-back, no set-in-stone plan and she’s not really sure just what she’ll be doing in a month’s time – and that’s exactly the way she wants it to be.

Jane Martino founded her first business in 2002 when she was only 25 years old. It was a PR firm – not a startup in the traditional sense but more than enough to give her a taste of running her own venture and controlling an entire entity.

“I always had a really entrepreneurial mindset,” Martino tells StartupSmart.

After seven years of guiding the PR firm, she decided to sell it and take another big step into the startup world.

In 2012 she founded Shout for Good, a charity fundraising app that led Martino to completely immerse herself in the large startup community bubbling under the surface in Melbourne.

“That’s when I became really involved in the community by getting to know different VCs, funds and my fellow founders,” Martino says.

Martino is somewhat of an oddity in the burgeoning tech sector – she’s a sole founder, and a female entrepreneur. Despite the odds being inherently stacked against her on both counts, she has continually overcome them, and says the community has always helped to support her.

“It can be lonely, especially for a sole founder,” she says.

“It’s a real rollercoaster. Finding like-minded people and helping each other out is so important.”

A million reasons to smile 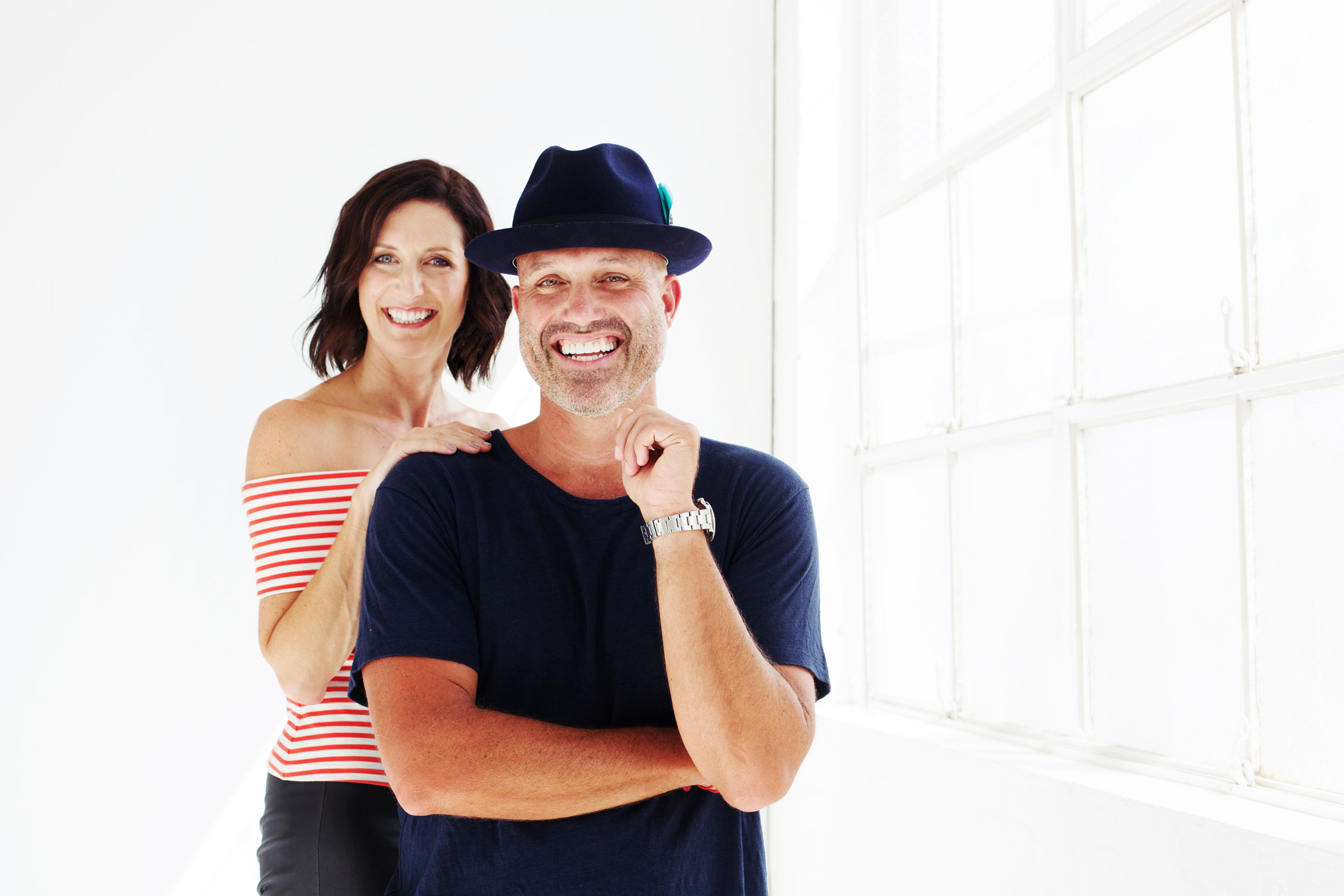 While still working on Shout for Good, Martino launched another startup in 2012 which would prove to be one of her most successful.

With a want to make mental health education more accessible and available to young Australians, Martino created the Smiling Mind app along with James Tutton.

“It introduces some more pre-emptive mental health tools so we’re not letting things get too far down the track before people get the help they need. We have the ability to really help,” she says.

Providing mindfulness, meditation and other tools to assist with mental health, the app has now been downloaded by more than one million people.

“It’s far beyond what we thought we’d achieve when we started out,” Martino says.

“We’re really excited that we’re reaching such a huge amount of the Australian population and people overseas.”

One million downloads for a smartphone app is no small feat, and one of the keys to its success was the organic referrals that it inspires in its users.

“People really benefit from using the program and then they pass it on quite willingly,” Martino says.

This social-conscious has been a fundamental, unquestionable aspect of most of Martino’s businesses – the monetary aspect is present, but it seems to be about much more than just this to her.

And that’s why Smiling Mind is one of her proudest achievements.

“It’s one the most joyful things I’ve done in my career,” Martino says.

From startup to corporate 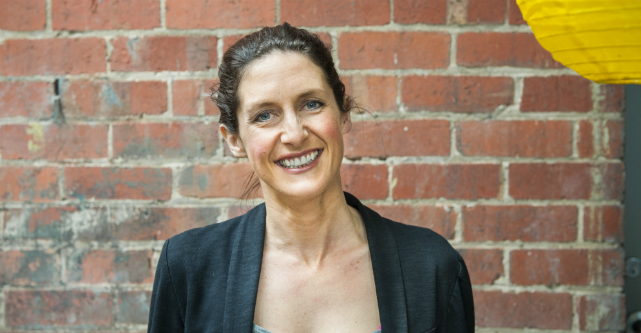 It’s something other startups should look to incorporate into their business models and operations too, Martino says.

“You’re not going to have a big business in the future if you’re not thinking about the positive impact that business is having on the world,” she says.

“I like being conscious of that personally but I definitely think it’s the way business is moving anyway.

“Any business that doesn’t have that on their radar will be missing out in the next five or ten years because of that.”

The next big milestone in Martino’s career occurred last year when Shout for Good was acquired by ANZ, where she would work for the next year.

Becoming a cog in the corporate wheel was a big shift for the entrepreneur, who was always used to running things herself.

“Having worked for myself for a long time it was definitely a cultural shift, but it was a really huge honour to have my business acquired by a big four bank,” Martino says.

But unsurprisingly, Martino didn’t let her entrepreneurial spirit slip, even in such a large enterprise.

“All of the banks are ready to be disrupted, they are being disrupted and they will continue to be,” she says.

“I really enjoyed disrupting it from the inside.”

With such a wide range of business experience and knowledge, Martino has made an active effort to pay it forward to the next generation of local entrepreneurs.

The very busy entrepreneur has recently been appointed as a founding board member of LaunchVic, the independent body established to oversee the state’s $60 million startup fund.

While the organisation has a whole has signalled a focus on incubators and accelerators, Martino says she hopes to focus on another area she’s passionate about – education.

“I’d love to be able to extend what I’ve been doing personally in the startup community and see if we can inject more entrepreneurialism into our young Victorians coming through the education system,” she says.

“These people are coming out of tertiary education and looking to do their own thing, and this is about how we can better support them in what they want to do and the tools they need.”

Another mission for LaunchVic is to ensure the state government’s innovation movements are in step with those of the federal government.

“It’s moving in the right direction and I’m really pleased about what’s happening at a federal level,” Martino says.

“I’m keen for what’s happening at the state level to be coordinated with that. As a country putting our best foot forward there are a lot of things we could be doing better and we need to be coordinating our efforts and not competing internally.

“I’ve been really pleased to see far more airtime, concentration and funding going into the sector and I’m really glad to be playing a part in it.”

Not content with her already full plate of business commitments and projects, Martino is also working with the Melbourne Football Club as a board member aiming to transform the AFL side’s culture.

“A lot of what it does emulates an SME or a startup – it’s really dynamic and exciting,” she says.

“They were quite conservative many years ago, but now they’re starting to better represent the City of Melbourne and its diversity.”

Martino’s also serves as an advisor for fast-growing tech company Unlockd and is a non-executive director at Tribe.

The wealth of commitments has never really worried Martino – and she only chooses to do things because she enjoys them and thinks they will have a positive impact.

“I definitely have a full plate but I’ve always been like that and I’ve always enjoyed it,” she says.

“I gravitate to doing the things I love and it all works out time-wise.”

There and back again

Now, after working at ANZ for nearly a year, it’s time for Martino to make a big leap back into the startup world she knows and loves.

Forgoing the stable fortnightly pay-check, she is now on the hunt for her next big startup adventures.

“I enjoyed it but I definitely love the challenge of running a business and doing new things,” Martino says.

“I don’t know exactly what that next move looks like and I’m keeping an open mind. After that transition from a startup to a big business I’m definitely read to get back in and run my own show.”

“Having a pay-check every week and knowing that you’re not solely responsible for everything was definitely a nice change but it’d never be a reason why I would stay somewhere.”

Martino doesn’t know exactly what’s going to come next – and that’s the way she likes it.