A recipe for success: How Howard Dray built the Old Colonial Cookie Company 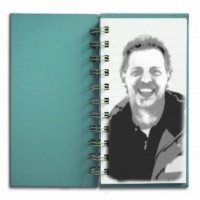 The Old Colonial Cookie Company, now 33 years old, was founded in 1981 by a husband and wife “with a couple of ovens and a traditional Scottish recipe from his mother”, but it wasn’t until 17 years later that Howard Dray came on board and shook up the business.

A friend of the original business owners, Dray was asked to help run the business and was charged with ensuring food safety standards were up to scratch, GST payments were met and business processes were streamlined.

Originally from the construction sector, Dray acquired the biscuit company 12 months later from the original owners. Since then, Dray has expanded its export networks, created new products, redeveloped its processes and doubled its turnover.

“They actually approached me about selling the business. I came in as the general manager and they said they wanted to retire. Within six to eight weeks I’d been to the bank and the process was finalised,” Dray says.

“I looked at the business and asked where we were, what we were doing and how we could expand.”

Now, the business supplies the major supermarkets and exports to 14 countries. A major milestone for the company was exporting to England last year.

In the last 15 years turnover has doubled to between $3-4 million. SmartCompany spoke to Dray about navigating the business through the GFC, establishing export markets and the cultural challenges that come with being an exporter.

Each day Dray arrives at work around 7.30am and production starts at 8am.

“I have a coffee with my staff in the morning and then it’s into the emails and, depending on the time, I start with New York and work my way west.

“I liaise at an arm’s length with suppliers and I do the product development and pricing. With product development, I get guys in and we consider things like how we make the biscuit boxes and possible designs. At the moment I’m also sending emails in relation to product reviews for supermarkets.”

Currently, Dray is also working on four new types of biscuits to be launched in 2014. While each new product requires a new design, with people considering everything from the shape of the biscuit to the colour of the box, Dray says the one thing that hasn’t changed since the company launched is the biscuit recipe.

“I work on the analogy, ‘if it ain’t broke, don’t fix it’. The only thing we haven’t changed in the past 33 years is the recipe. Our product and brand Butterfingers is well known in the market place, so when we’re in the development process we just look at flavour enhancement,” he says.

“We start with butter and then look at adding things like macadamia, chocolate chips or ginger.”

Dray focuses predominantly on the marketing and sales side of the business, whereas when he first acquired the company he did everything.

Despite having never worked in the food industry, Dray says his experience working in multinational building and construction companies gave him the experience to make the Old Colonial Cookie Company a success.

Its growth has been achieved by establishing distribution networks with some of the smaller independent supermarkets and overseas. But a big lesson Dray has learnt is not to be complacent.

“If you have a ‘she’ll be right’ attitude and take your eye off the ball, things to start to go pear-shaped. It’s a reality check and you realise something’s not working in the business’s systems and you have to analyse it,” he says.

“In 2008, I’d been going for nine years, it was booming, the business was nearly 50/50 exports and local, but then the GFC struck. We had no control over that, but we had to look at the business and ask ‘why, how and when?’”

Dray says he learnt that “the buck stops with me”.

“It’s my business, every decision I make potentially comes out of my back pocket. I needed to stop and listen and communicate.”