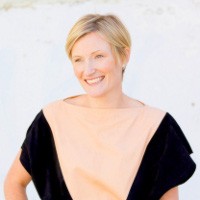 As a podiatrist Anna Baird was constantly recommending comfortable footwear to her clients, who were in need of a healthy alternative to traditional shoes.

However, she realised many of the shoes that were healthy for feet lacked the fashion-forward look that her clients wanted to wear.

So she cut her hours back to four days a week, and devoted her Mondays to designing and developing a footwear offer for women that was on-trend, but that also complied with special orthopaedic needs.

Baird now oversees a footwear design and retail business, Bared Footwear, which turns over around $1.3 million a year.

Baird tells SmartCompany that, despite her success, the journey is still just beginning.

I had been issuing orthotics to women, but there was a gap between what was comfortable and what was fashionable.

Initially it took about two-and-a-half years developing the lasts and getting the fit right, and it took a bit to push the button on manufacturing and open our first store. We’ve come a long way in style since then, which is good!

In 2008 we opened a little shop in Toorak (VIC). Everything for the first few years was manufactured in Sydney, and then about two years ago we moved to China. I tried to hold on to Australia for as long as I could, but there weren’t the components, and everything was hard to develop and grow.

We moved to High Street, Armadale, about three years ago. Then we moved to a much bigger store just across the road, about six months ago, before launching our first men’s range about four months ago.

My dad was in a small business his whole life, so it was in me to do my own business. Retail and customer service is something that comes naturally to me. To be in the health profession, in something like podiatry, a lot of it is about conversations and getting to know individuals.

We opened the store with myself and podiatry students. We had four podiatry students on from day dot. We don’t just throw a shoe at someone and say ‘try this or try that’. I am still in the shop now, and we have always had an office out the back – so even four days a week I am there.

Having a baby made me step back and work on the business, rather than in it. Now my role is predominantly about marketing, which is really fun. We do a lot of social media, on Instagram, Facebook, all visual-type social media.

Design is a collaborative experience with the girls on the team, and we all have varied tastes in fashion and style.

The plan is to open a store in Sydney by 2015 and keep it ‘destination shopping’, as we have people coming from all over Australia to where we are now. I prefer beautiful stores that are big enough to service lots of people.

I am luckily married to an accountant who is a big part of the business, and I have always employed people with strengths that are my weaknesses.

We launched a new website a couple of months ago and I really want to start looking at what we could do in the United States. There is a gap there for what we are doing, and certainly Americans shop online like we do, and we are starting to send a bit that way.

A challenge was the day I came home from hospital, and the manager I had for two-and-a-half years quit! It was fantastic; she had finished her masters in publishing and editing and had a job she couldn’t turn down. So I had recruitment agencies in my house the next day with a six-day-old baby.

Over the past six months we have done a lot of collaborative projects with other likeminded health brands that are all on the same philosophical wavelength. It is really inspiring working with other brands that are doing similar things.