“Bigger than just me”: Ethical water the tip of the iceberg for Thankyou Group’s Daniel Flynn 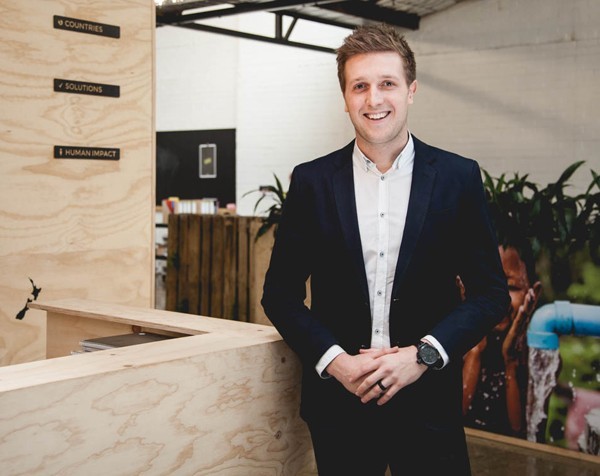 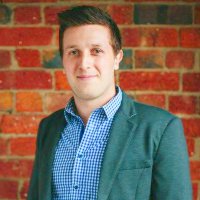 Thankyou Group’s Daniel Flynn is certainly no stranger to awards, with a growing string of them under his belt.

Flynn was last year’s Young Victorian of the Year, was named in SmartCompany’s 2015 Hot 30 Under 30 and last week was revealed as EY’s Southern Region Emerging Entrepreneur of the Year for 2015, the night’s top gong.

Flynn came up with the idea for Thankyou Water with fellow co-founders Justine Flynn and Jarryd Burns back in 2008.

The social enterprise was initially born out of the idea of using the bottled water industry to help fund water projects in developing countries. It has expanded to become the Thankyou Group and to include food and body care products.

Thankyou Group says that after covering costs it distributes 100% of what it makes towards its projects.

In the past financial year Thankyou Group has given $1.5 million to projects in 16 countries, and to date have given $3 million overall.

Thankyou’s products are stocked in major supermarkets across the country and from 2012-14, the social enterprise grew at a rate of more than 200% year-on-year.

But it’s easy to forget Flynn and the team at Thankyou Group – which now boasts having funded projects in 16 countries including safe water access for 170,177 people, hygiene and sanitation training for 231,582 people and 19.1 million days of food aid – have had to put in the hard years to achieve success.

Flynn has previously opened up about how about a year into Thankyou Group’s journey, about 300 of their 350 retail partners dropped out in the space of about five weeks, leaving Flynn and his team to some fairly soul-searching moments.

Soon after a failed relaunch involving a new distributor, which went into liquidation, almost threatened to spell the end of the project.

It was 2013 when things began looking up for the social enterprise, after it launched a social media campaign to get its products stocked at Woolworths, Coles and 7-Eleven.

Two years later and it seems those early troubles are all well and truly behind Flynn.

When he’s not busy loving being a new dad, Flynn is now busy spreading the Thankyou Group’s positive message by speaking at corporate conferences, universities, primary and high schools, as SmartCompany discovered when we caught up with him at the EY Entrepreneur of the Year Awards.

Flynn and his wife Justine have recently had a baby boy, Jed, and this means Flynn has been having some early morning wake-up calls.

Jed is now the “centre of attention” in the mornings before the family turns to breakfast, Flynn says.

“I’ll have breakfast, I love my Thankyou clusters or Thankyou muesli. It’s product placement but I genuinely love it,” he says.

Driving to work gives Flynn time to think and “clear the head” before grabbing a coffee and hitting the desk.

“I do travel a bit, a couple of times a month, (when I’m) up at 4am or out the door at 4am sort of thing off to Sydney or Brisbane,” he says.

“Every day is different, I love the variety. I do a lot of public speaking now, so maybe 10 to 12 times a month I’ll be out speaking.”

On other days Flynn can be found pitching on the sales side of things, conducting internal meetings, managing the team, juggling interviews or catching up with people.

“My main focus, when I wake up in the morning, is what am I going to do by the end of today that’s going to move Thankyou forward,” Flynn says.

“If I go to bed and I feel like I was just busy but didn’t move us forward, then I’ve kind of failed a bit in the day. That’s a bit of how I process stuff.”

With a new baby in tow, it’s fair to say a few of Flynn’s leisure activities to have recently gone by the wayside.

“I would love to say snowboarding but I don’t get there anywhere near enough, couple of times a year if I’m lucky,” he says.

“I love hanging out with Justine and Jed now, our son, and I love sailing.I do a bit of sailing with my dad. We have a little two-person racing catamaran. That’s my downtime.”

Flynn outlines a clear vision when asked what he thinks his future holds.

“My future is at Thankyou; we’re developing a lot of new products and moving into a lot of new categories, a lot of exciting development underway for about February next year,” he says.

“So the near future I think is really exciting, it kind of wakes me up in the morning.”

“Some people say ‘when will I finish up this project and move onto something else?’, and I’m like, why?” he says.

“It’s a dream (and I get to do it) with such a cool team, changing the world doing something bigger than just me, I love it.”