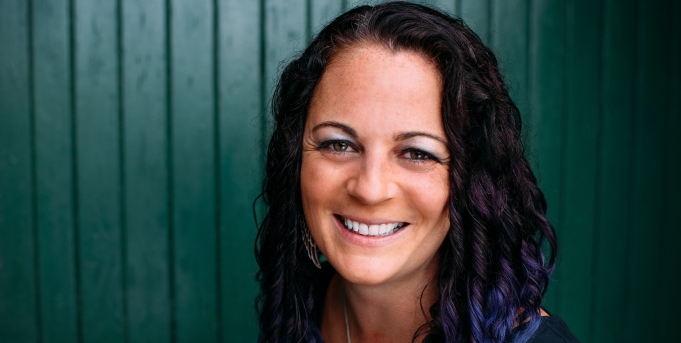 After being a gallery curator, search-and-rescue wreck diver, music festival organiser and operating nightclubs, settling on a career as a holistic business coach might seem unusual for someone like Bo Kitty.

But for Kitty, she believes the ad-hoc nature of her resume has given her just the right mix of skills and experience to help business owners gain a perspective they may never have considered in the first place.

Moving to Melbourne at the age of 18, Kitty tells SmartCompany her whirlwind journey through an eclectic mix of businesses was never motivated by money or personal gain. Instead, it was “about the people and about the experience”.

“When I moved to Melbourne, I wasn’t sure where I fit in, so I just started saying yes to everything,” she says.

“I ran a gallery, I worked in street art, and I helped book music acts. I’m not a musician or a visual artist, my talent’s always been helping other talents.”

“There’s been a distinct lack of organisation and motivation in the creative industry, so for the last 20 years I’ve been trying to help them do both those things.”

After gaining a reputation for “finding staff for any role in 20 minutes”, Kitty found she’d be regularly hit up for advice and mentorship for budding creatives, looking for wisdom on anything from branding, to asking her if she liked their most recent artwork. It was through helping these business owners Kitty says she discovered her true calling.

“It was a bit of a natural progression that I never would have expected, but if you can get paid doing what you love then you’re succeeding in business,” she says.

Today Kitty runs Reality Check, a holistic business coaching service which she describes as being “somewhere in the middle” of self-development, empowerment and traditional business coaching, with a focus on giving businesses some tough love.

“I call it Reality Check because sometimes it’ll tear your business apart in seven minutes,” she laughs.

“Because you can have the best profit margins ever, but if you don’t really love your business, there’s not much point.”

Why you should never retire

Despite Reality Check being open to businesses across all industries, Kitty says she still mainly works with the creative industry, which has led to her gaining a new perspective on earning money in the modern workforce.

She says there is a massive disconnect between the way we earn money and people’s own goals and dreams, believing the rise in things such as the gig economy is eroding the concept of needing a ‘nine-to-five’ office job.

“A lot of baby boomers try to direct their kids into certain businesses or industries, but more and more those kids are saying ‘I’m not interested in that’ and have gone off to craft their own lifestyles,” she says.

“They’re finding multiple ways to make money that don’t require you to be beholden to an employer, and I think we should be looking at how that works and taking some advice on board.”

“The whole paradigm about working until you’re 60 and retiring is also done. One of the things I really preach to everyone is they should set up their lives so they never have to retire — do only the thing you love, and do it for the rest of your life.”

Kitty also questions if our current education system is still fit for purpose, especially when it comes to fostering entrepreneurs, creatives and business owners. She describes her learning style as “the scene from The Matrix where they download all the guns” — in other words, fast, hyperactive and instant — and says short, sharp courses are the future of modern education.

For business owners who might be finding their offerings stale or their sales drying up, Kitty says the number one thing she’s had success with is leveraging word-of-mouth marketing as much as possible.

“It’s real authenticity — rather than advertising and social media, which is more like fake authenticity,” she says.

Kitty also warns businesses away from “preaching to the converted”, saying both small and large enterprises need to think about ways to speak to people outside of their usual networks.

“One way to do that is increasing your access points. If you’re a high-flying business with a $20,000 product, that’s fine, but think about ways you can give people a taste for just $1,000 or similar,” she says.

“Sometimes you need to step back and look at the bigger picture, rather than just keeping your head down all the time.”

NOW READ: From Slumdog to Silicon Valley, how this business coach found the mentors and motivation to defy disadvantage

NOW READ: Stuck for a leadership coach? How to find someone you trust to help grow your business