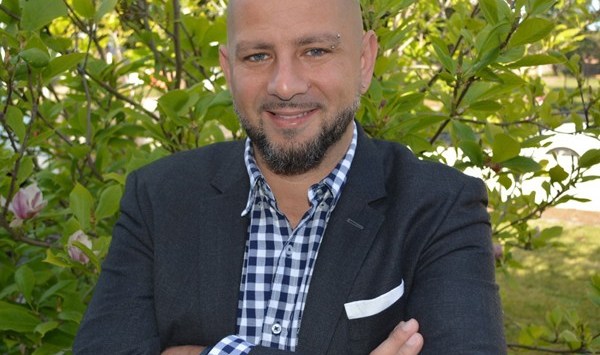 Aziz Kheir, or Ozzie as he goes by, has a knack for turning a company’s fortunes around.

The founder of Melbourne-based property and project management real estate company, Resimax Property Group, Kheir has also slowly but surely built up a beguiling portfolio of interesting companies he now has a hand in.

The list includes hotels, bars and advertising companies, almost of all of which have all proved lucrative for the serial entrepreneur.

Resimax is Kheir’s core business and last year, the group turned over between $4 million and $5 million. The group employs just four full-time staff and subcontracts or hires consultants for all other tasks.

“I’ve set it up to be pretty passive, which is what you want as a business owner,” he says.

Kheir started Resimax seven years ago. While his background has always been in property development, he established Resimax with the purpose of it being an overarching brand.

“I’ve realised I want to build brands and hence why I developed Resimax to be the brand for all my property developments,” he says.

“I’m in the process of growing Resimax into a one-stop shop, where it pretty much runs everything to do with property development and management, the whole works,” he says.

However, Kheir’s penchant for brands seems to be his real passion and the driving force behind many of his other businesses, especially in the hospitality industry.

“Building brands for me at this stage is very important. I look at my businesses and they have all got to a stage where they have a good brand and reputation in the industry they are in,” he says.

On the hospitality side of things, Kheir is one the new owners of the Adelphi Hotel, which he and two others took over in 2013 and have since refurbished and rebranded.

He says the hotel had been running for about 20 years before it fell into liquidation about a year and a half ago.

“We closed it for six to nine months, fully refurbished it and turned it into the world’s first dessert hotel,” he says.

Kheir says he is proud to see the hotel now rated highly on TripAdvisor, which he describes as “a great achievement when it’s the first hotel we’ve ever done”.

He also owns or co-owns a couple of Melbourne bars and nightclubs, including Baroq House and Bond Bar, where the luxury package $50,000 Green Room experience includes a helicopter ride, Cuban cigars, a masseuse and plenty of decadently expensive alcohol.

Kheir says most of his ideas are built around the concept of high-end brands.

“We built that (Bond Bar) along the lines of wanting luxury brands to attract a particular type of clientele for the business,” he says.

He says Baroq, which is currently undergoing renovations, is expected to open mid-2016 with a renewed focus on good service and was going for a “Las Vegas feel in Melbourne, without the tackiness I guess”.

Then there’s his foray into outdoor billboard businesses – Drive By Media and Drive By Developments – both of which he took over, reinjected life into and has since sold all the assets to a public company.

Needless to say Kheir says both ventures saw him turn “very little money into a lot of money”.

Another success story is his purchase of another outdoor advertising company, ABsee Media, 12 months ago – another company he bought after it was in part liquidation and has since turned around.

“At time I took it over it was turning over $1.5 million, but has more than doubled in the first year,” he says.

“We’ll probably do for the 12 months close to $4 million in turnover… we’ve done a really good job in turning that business around.

“Mind you, we’ve done it all with the same management, people and staff, we’ve just restructured the whole business and re-motivated staff.”

Like most entrepreneurs, Kheir starts his day early, rising at 6.30am when his children wake him up.

He sets off to work around 8am, and most mornings he has a good idea what his day will consist of.

“I schedule meetings for only two days a week, with all my meetings scheduled back-to-back,” he says.

“Then the other days I run the business and one day a week I leave free of meetings or commitments in case something comes up.

When it comes to day-to-day life, Kheir likes to tell staff his main role is “advisor and funder”.

“I like them to run the business, bouncing difficult ideas to myself,” he says.

He says if issues present themselves in one of his business, the idea is to get on them quickly, “not dwell on it, and then work on solutions”.

“The most successful entrepreneurs are problem solvers,” he says.

“It’s always good to get problems in… find the best solution to fix that problem and move on, and constantly make those changes.

“All of my staff and management have that culture and psychology.”

Kheir says most of his management team have been with Resimax since the beginning.

“That’s because they have excitement in their jobs, achieving results for themselves as well,” he says.

Kheir says the number of businesses he has a hand in might make his weeks sound daunting to some.

“A lot of people say ‘How do you do it?’, but I don’t actually run my business like most people,” he says.

“I’m not really driven by the money side; it’s more about achievement of brand.

“When I first started it was about making money, but it’s now about enjoyment. If I don’t enjoy something now in business I just won’t do it.”

“They’ve improved with me. We’ve become a lot more innovative and smarter in what we do, and a lot more efficient as well,” he says.

Kheir, like most business owners, says he has had his fair share of good times and bad.

“The good times now accelerating, but it took me a while to get to a stage where I could celebrate business,” he says.

“Prior to that I had a lot of nights awake how wondering how am I going to cover the next bills, pay staff, fund this project.”

Kheir says his biggest struggle over the years has been the ability to get funding to develop some of the businesses along the way, saying he always needed to work hard to sell his story to private investors and felt “fortunate to have built good reputation”.

Some of the stress during the years of building up his businesses – including three visits to hospital for panic attacks – has taught Kheir the value of relaxing, and he now cites the ability to work when he wants to work and spending time with my family as key leisure activities.

“Whether it’s in backyard or going for a walk by the river.”

After dinner it is time for a bit more work and finishing off emails for the day, and onto the news.

“I often read paper at 9pm to unwind,” he says.

Kheir admits he has a “fascination with fast cars”, as well as horse racing – he is part owner of Protectionist, the horse that won last year’s Melbourne Cup.

This year he has at least two horses racing, he says.

Another source of leisure for Kheir and his family is a beach house in Dromana, a 15-bedroom house spread across seven acres that he bought for his extended family.

“It’s probably the most relaxing thing me and my family do,” he says.

“We all move there from mid-December to the end of January. At any one time there can be 22 people living there. It sounds like mayhem but it’s a lot of fun.”

Kheir has his sights set on owning more hotels after the success of ADelphi.

“After doing the first hotel, I’ve really enjoyed building that brand and success of that hotel, I’d like to build a bigger hotel,” he says.

He also plans on eventually converting a carpark he recently purchased near Melbourne airport about a year ago into a hotel.

“I bought the carpark six to nine months ago, it’s about 2km from airport, it’s now turning over about $2.5 million a year, that’s been quite successful,” he says.

“I’ve got long-term plans to build a hotel on the site.”

However, Kheir says his immediate future will be about continuing to grow his current businesses.

“I don’t have much passion in starting anything new right now – I’ve got my hands pretty full with what I’m doing and I enjoy it,” he says.

“If something comes along that gives me more enjoyment I’ll look at it, but I’m very happy with what I’ve got.”