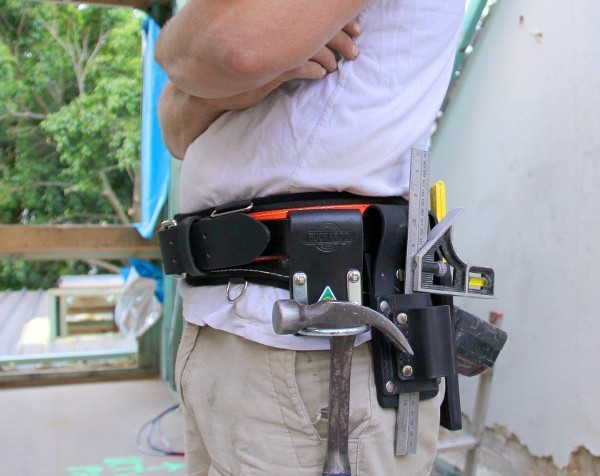 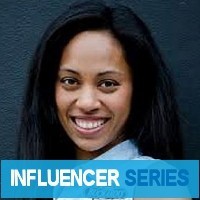 Tanya Van Der Water had no intention of working for her father’s leathergoods business. The now 31-year-old wanted to be a fashion designer. But when her dad Kenneth designed a leather belt for tradespeople and handed it to his 18-year-old daughter to try to sell, those dreams of a career in fashion quickly changed and the thought of working in a family business became more attractive.

Thirteen years later, Van Der Water owns Buckaroo Leatherworks, which is the leading Australian manufacturer of high-end tool belts and accessories for tradespeople and miners. Based out of Wollongong in regional New South Wales, Buckaroo employs 25 staff and turns over close to $5 million annually. The company will soon expand into New Zealand and has recently upgraded its production facilities to meet growing demand from South East Asia.

I had no intention of joining my father’s business. I have a brother and sister and none of us was interested. More than anything we saw it for what it was when my dad started it in 1971, when he struggled doing his leatherwork.

I had grand plans. I wanted to be a fashion designer, my sister became an actress and my brother went into IT.

But then my dad designed what is now our most significant product – the Buckaroo Build Your Own Belt. I was 18 at the time and he threw it at me and said ‘here’s a job, try and sell this’.

It was a new innovation and he told me to build it up and do with it what I wanted. I saw the opportunity and all of sudden joining the family business became really attractive.

Being part of a family business is also a way to get closer to your family. But more than anything I saw that this product was pretty special and worth paying attention to. The rest is history.

I was 18 and living in Sydney, working in bar jobs. I had 10 jobs at one time. But I was interested in design and I had this opportunity offered to me.

My dad and I ran the business together for a long time. He was running the factory and I was doing everything else. But he fell sick in 2011 and in 2012 he exited the business, with me taking over from him.

We were unprepared and it happened in a very unplanned way. The company took on my vision for the business and he was very supportive.

But it was an abrupt transition. We had always spoken and discussed it and always known I would take over but we thought it would happen more gradually over a decade or so. It was tricky as well because I have three toddlers and didn’t expect to have this responsibility so soon.

My father had started in the 1970s and 80s making handcrafted leather goods. Sandals, one-off handbags, Western-style leather belts were all highly sought after then.

But in the 90s, the floodgates opened from Asia and the industry was swamped by cheaper, imitation items. The business really suffered.

Fifteen years ago when my dad created the tool belt design, we were still very much a retail operation. My dad would make designs for end users who walked in the door and he was approached by some tradesmen who asked him to try to come up with a belt for them.

It was a process of trial and error to design these products but they took off.

The way we work now is through distributors and resellers, which firmly positions us as a manufacturer. It was a hard slog, selling ourselves and proving that the product would sell.

It was full of rejections but we had faith.

I didn’t realise how much I could use my interest in design in this role. I always thought my dad just made the products but I didn’t understand how much design was involved in working in a factory.

Growing up in a factory you take that for granted. But now I understand how all the pieces of the puzzle work together and every day we are thinking about design and we are launching new products all the time.

You have to keep improving the processes too. We don’t have a lot of competition but when you are leading a market, you have to keep abreast of changes and continue to better yourself.

Distributing our products overseas is the next step. We currently sell direct overseas but we are still trying to keep up with the demand in Australia. We have an agent in New Zealand and we will be moving into New Zealand sooner rather than later.

We have recently invested in our facilities to meet growing demand.

The way we work is based on handmade techniques and so we are heavily reliant on our labour force. You can’t replace everything with machines. So we’ve recently introduced a traineeship, which is the only one available in the country. Half a dozen staff members have joined us through the program and they are learning at the same time and will receive a qualification.

We’ve also moved into a brand new building in the past 18 months, which has allowed us to develop a completely new way of working. We’ve tripled our productivity.

Manufacturing in Australia is tough. But we’ve made sure as part of our marketing and branding to maintain that premium standing to absorb a lot of those costs.

We can’t compete on price. Buying and investing and supporting Australian manufacturing is not cheap but we make sure our customers get everything back. They get value for money and the products last much longer.

With Australian manufacturing, you’re putting a lot on the line, especially as a family company with a history like ours. Our name is on those products.

But at the same time, we are not a general manufacturer and the stats you see tend to be for larger commodities. We’re very unique and almost in a league of our own.

We follow trends in the construction and mining industries. So when there is investment in infrastructure or building or whatever else it might be, that’s how we move our product.

We’ve seen a huge boost in sales from construction in the oil and gas side of things in North Queensland and Western Australia. And fortunately for us, the distributors pushing our products are very supportive of Australian made. Even offshore companies coming here and investing want to support local products and suppliers.

Being based in a regional area [Wollongong] has its advantages. As a manufacturer our costs are always going to be high, but if we were situated in a capital city area, we probably wouldn’t have survived.

One of the benefits is a really good, loyal employee base who support local business. Our overheads, our month-to-month costs like rent, are a lot lower being where we are. And we are right on the beach and so the lifestyle means our workers can start early and finish early and enjoy the activities in the area.

We wouldn’t have survived in Sydney. It’s that simple really.

One of the things that keeps me awake at night is cash flow. It works against us in our growth stage. Somehow I have to find this imaginary month to pay for the materials and supplies to meet this growing demand.

The money goes out far quicker than it comes in.

I also worry that there will be a complete shortage of leather in the world. That’s the 3am worry. That one day I will wake up and there are no more cattle farmers and no cattle and therefore no leather. Our business is based on one type of product that is becoming increasingly difficult to source.

For us the future is definitely about exporting. It will be a whole new board game and there is a lot of learning to be done and people to get in touch with. It’s very exciting as an Australian manufacturer.