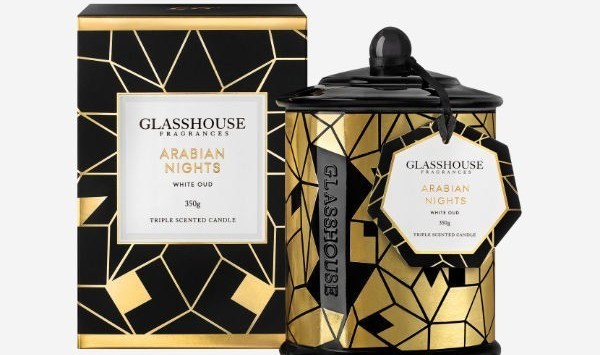 Nicole Eckels says she never aspired to own a fragrant candle business. But a fortuitous shopping trip planted the seed that would lead to the entrepreneur creating a $50 million business.

Eckels, co-founder of successful and popular brand of upmarket fragrant candles, Glasshouse Candles, shared her rags to riches story at a VECCI Women in Business lunch in Melbourne on Thursday.

Glasshouse Fragrances and another fragrant candle business started by Eckels, Circa Home, are operated under the banner of the Sapphire Group, which employs more than 100 people and turns over $50 million each year.

Eckels, who hails from New York but moved to Australia in 2005 and co-founded Glasshouse Fragrances about a year later, told the audience her nine-year business journey started unexpectedly.

“I didn’t always aspire to have a fragrant candle business,” she said.

But as one of four children in a family where money was “always tight”, Eckels says she had became fascinated with ways to make money from an early age, first selling hand-made bracelets, cookies and chocolates at school.

“I was hooked. I was an entrepreneur and I loved the financial freedom that making money on my own gave me,” she said.

In her early adult life Eckels pursued a marketing degree at university and found herself in the corporate world before her move to Australia in 2005, which saw her starting out all over again.

Missing the comforts of a nicer apartment, Eckels went into a David Jones store to replace a fragrant candle to make her abode fell more homely.

“I couldn’t even smell it,” she says of the candle she bought.

It was then Eckels realised there was a gap in the candle market – there was nothing good quality or locally made – and she set about quickly learning about how to start a fragrant candle-making business.

“I knew there was something missing in this market and if I didn’t do it somebody else was going to do it and I had to move quickly,” she said.

The move was a good one. Eckels said in first five years, the company’s growth was in excess of 50% year on year.

To keep Glasshouse’s market share, however, Eckels says she needed to do things differently “to create a groundswell” and her strategy was all about delivering a “world-class product”.

“I’m not concerned about what other brands are selling in homewares shops in Australia, it does not interest me,” she says.

“What interests me are what the best brands in the world are doing and how their product formed, and what product people are talking about. If our product delivers in the same way those products do… that means they’ll sell.”

Things came full circle for Eckels in 2010 – the year she started selling in David Jones, the store where she originally got her disappointing candle. Glasshouse candles are also stocked by sleepwear chain Peter Alexander and in other independent retailers across the country.

Looking to the future, Eckels said international expansion plans are a “natural thing we will be doing soon”, but for now it seems, her strategy is about getting it right on the domestic market.

Eckels left the audience with the following advice for small businesses:

2. Surround yourself with people who have skills, but ask “do they share your vision?”

4. Be honest about skills gaps

6. Don’t overdose on research, “you still have to make the decisions”

7. A bad leader can destroy a company