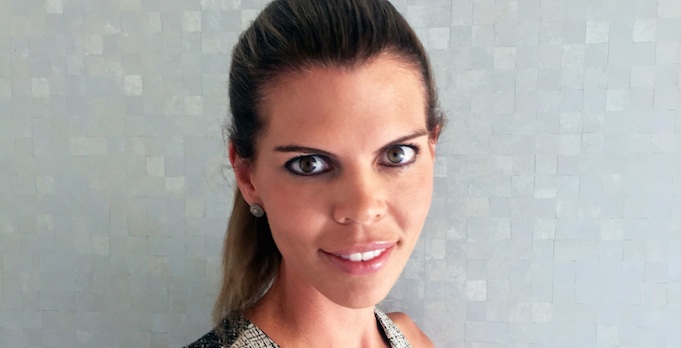 Australian Skin Clinics has been in action for 20 years since it came onto the scene as Queensland’s first “medi-aesthetic” spa in 1996. But it’s the business’s franchise network, launched in 2011, which has helped the brand grow rapidly.

In the five years since the first Australian Skin Clinics franchise opened, the business has expanded to 27 outlets – and with a number of Ella Rouge Beauty salons soon to be rebranded to Australian Skin Clinics stores, over the next year the number of franchises is tipped to climb to 51. In the past year alone the business has more than tripled its revenue, and was able to jump across to New Zealand after increased customer demand for laser hair removal and injectables contributed to a 2016 turnover of $39.54 million.

For chief executive Nicki Wright, however, the path to a top job in beauty retail wasn’t all that conventional. SmartCompany spoke to her about how to quickly get across the complexities of a brand new industry – and why Australians’ increasing pain thresholds are good for business.

I’ve always been quite strategic in how I’ve chosen my roles; I was in sales and marketing but I knew that pigeonholing myself in one specific industry wouldn’t give me as many options.

Every role I’ve chosen has given me a range of responsibilities and moving from very different industries let me prove that my skills were transferable – from health and fitness to [local] government jobs.

The big thing from my time in the health and fitness side of things before this was that I was in a not-for-profit organisation. That taught me so much about stakeholder management and working more for the human side of the business.

Working for council taught me a lot about procedures. Probably sometimes there are too many systems. It helped me understand what flexibility within a business was needed.

When I started at Australian Skin Clinics, I actually had to go and learn how to put makeup on. I was not a traditional beauty girl whatsoever.

I had no understanding of exactly what this role was – not just beauty but also franchising and retail, which is a very interesting market at this time.

In this job, you’re looking after everything. I think when I applied for the role – this is terrible, but I really didn’t know what medi-aesthetics was, I had to Google it to understand exactly.

From the franchising side of things I did a course on franchising, which was a really good way to understand the industry.

Working in a franchise business you want to honour the relationships; you’re in business together and together for a very long time. You have to have strong communication and make sure the relationship is one where both parties see value. I think as a franchise network, we’re really, really hands on – we keep our finger on the pulse on a long-term basis.

I’m one for being proactive and having tough conversations. You have to respect that people have their livelihoods on the line.

I think you have to have those tough conversations with franchisees. If you put your head in the sand and don’t acknowledge their [challenges], that’s the problem.

It’s about having the emotional intelligence for it.

I think there’s an element of naturalism to that skill. For me, it comes naturally, but I won’t say it’s something that can’t be learned. That’s something some of our managers have worked on together.

Laser hair removal is a really popular treatment for us, and really, a lot of people just don’t like hair. Waxing and shaving is an ongoing and repetitive thing that is really cumbersome.

With other treatments, I think the keys with our business model is that we choose to have filler treatments that are non-permanent. It’s the same thing with the anti-wrinkle ingredients, it’s non-permanent, and so the risk side of things is low if you don’t like the result.

I think my biggest stress in the business is that I feel like the customer needs more information and should embrace safety and regulations. I feel like the market has grown and smaller operators are providing things at lower price points and that concerns me.

We’re about quality and we’re about safety. We’re quite vocal in that regard and we’re on the front foot with a lot of government bodies to get our message out there—we want these treatments to be affordable, and to have the safety as well.

As a franchise business, all of our work is very process driven, and we have a seven-day system of a medical director and a whole range of professionals on call as well.

Part of [the concern] is because it’s an emerging market and there’s still a lot of education needed around what we do. In Queensland we’re heavily regulated by a number of state regulations including for the safe use of lasers, but it’s all very state-based at the moment.

This industry and the customer has evolved.

When I started three years ago, things were more about relaxation and a “soft and fluffy” idea. Now the customer does really want results from treatment. We say “no pain, no gain”. In saying that, treatments are not painful, but we do want to get you those results as soon as possible.

Customers have now shifted to a results-driven treatment, where they know that it could be uncomfortable. They’ve moved on from a facial, they might now want a microdermabrasion.

Coming in from outside the beauty industry, I now have the upmost respect for the people who deliver these treatments. These beauty therapists have such a knowledge of the dermal science side of things, but being able to deliver that in a retail like environment that’s very fast paced like this, I think they do an amazing job.

My advice to other business owners is don’t be scared of jumping in feet first [to an industry] with little information. I believe you learn most by getting in there.

I still say that I learn things every single day – it’s always evolving and changing. And I use about 5% of what I learned prior to starting [in the sector] day to day.

It comes down to just really getting into the guts of business.