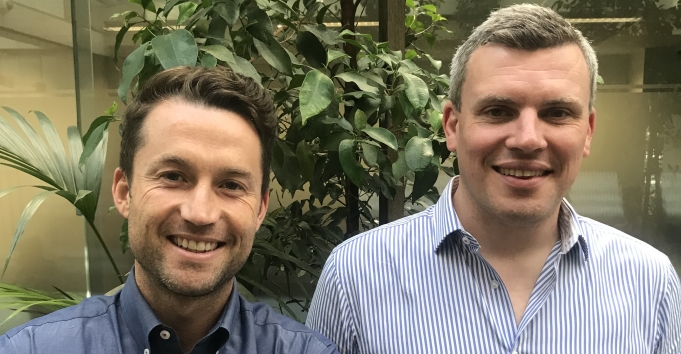 For a few nerve-wracking days in 2016, the founders of Choice Energy were staring down $2 million worth of unpaid invoices and wondering if they were going to make payroll that month.

“At the time we were spending under $60,000 on wages, and today that’s well over $250,000. A couple of times we were ten grand short with just two days to payroll and we had to run around getting invoices in,” co-founder Chris Dean tells SmartCompany.

While cashflow issues and payment times have long been thorns in the side of small business owners, they become particularly painful when your business is growing exponentially year-on-year, such as is the case for Choice Energy.

Dean and his co-founder Alan Gill are the main brains behind this year’s winner of the Smart50 awards, which comfortably topped this year’s list of Australia’s fastest-growing SMEs after posting a three-year growth rate of 987%.

Founded just five years ago in 2013, Choice Energy began as an energy broker, born from Dean’s desire to help businesses reduce their energy bills after heading up a solar company for three years.

“While running that solar company I was visiting a lot of businesses and seeing their electricity bills. I remember seeing three businesses on the same street, each paying totally different amounts for energy, and I wanted to find a way to help businesses from paying more than they needed to for electricity,” Dean says.

“That was the energy broking industry, but at the time I didn’t know that. I just wanted to stop businesses from overpaying.”

Dean met his co-founder Gill through mutual friends, and after bouncing the idea off each other the two ponied up most of their life savings — about $180,000 — to launch Choice Energy. The company ran for the first couple of years as a B2B energy broker, until in 2016 the two decided to use Dean’s solar know-how to add a solar installation side to the business too.

“I don’t think there’s another company in Australia who’s married those two services together like we have.”

Taking a company from $1 million to $10 million in revenue isn’t an easy ask no matter how you spin it, and the feat is made even more impressive due to the two co-founders maintaining complete ownership of the business.

Choosing to not accept any additional capital injection wasn’t an easily made decision by the founders, with the two saying they have sat down to look at raising money at least 10 times since founding the business.

“No matter what your sales are like, when you’re growing that fast, you always have extreme cashflow challenges,” Dean says.

Despite starting out as a B2B business, Choice has recently expanded into the everyday consumer market, and now has over half of its users as non-business customers. While this has helped with raw user growth, the founders say 80% of their revenue still comes from business clients.

When it comes to the rest of their exponential growth, the leadership team attributes it to not only the business’ team but the drive towards a positive company culture they’ve been running for the past couple of years.

Choice Energy opts to run an almost startup-esque workplace, where employees are rewarded with holidays, given allowances for self-improvement books, and have extra time off over the colder months.

“You can throw money at people endlessly, but little perks like that go a long way to helping build the right culture, and you can really see that energy come through in their work and conversations,” Gill says.

“Last week we had eight employees sign up for a triathlon, and we paid for their fees and provided them shirts and training support.”

The two say they’ve also built the business in a very “traditional” manner, reflected not only in their refusal of venture capital but also in Choice Energy’s minimal marketing strategies in the business’ early days. Gill says word-of-mouth marketing has not only helped the business expand but has kept it “honest and healthy”.

“We’d help someone out with their home power bills, and then they’d say ‘great, I also have six factories, can you help me with those?’” he laughs.

“Any kind of wind is good for sailing”

With former prime minister Malcolm Turnbull turfed out of office in part due to his failed negotiations on the government’s National Energy Guarantee, Dean says energy policy instability has never been higher.

While this might hurt larger players, Dean says he takes the view “any kind of wind is good for sailing”, providing you know how to sail with it.

“As long as there’s a need for customers to get clarification on energy, that’s good for our business,” he says.

However, he concedes the country will likely have a new leader and new energy policy in the next 12 months, and says the business is already planning for how that may affect it.

Looking to the future, the business will likely make its fourth office move in three years, with Dean cursing his lack of foresight when they first rented their smaller eight-person office back in 2016. One new office they’ll be opening is in Auckland, with the business making its first international foray from next week.

The two founders have also individually struggled with work-life balance while running Choice Energy, as the rapidly growing business sought to suck away all their free time.

“Because we’re very passionate about what we do, work-life balance was difficult early on and the lines definitely became quite blurred. We were spinning a lot of plates at once,” Gill says.

With the business running smoother, the two can now spend more time ‘on’ rather than ‘in’ the business, and also more time with both of their young families.

For other aspiring entrepreneurs, the two are both avid fans of adopting a ‘say-do’ approach, where you “don’t have to say it, but if you say you’re going to do something you have to do it”.

“Also, when you start out you’re obviously going to be low on resources, so rather than say ‘I can’t’, say ‘I can if’,” Gill says.

“It’s really changed the way I look at things, and I firmly believe your constraints make you stronger in business.”

NOW READ: Dreaming big and pulling through: Here are all the winners of 2018’s Smart50 category awards