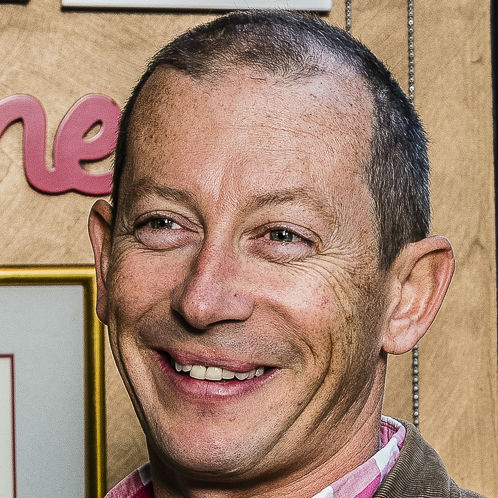 The Sydney-based founder of former Smart50 finalist AlertForce, which is an OH&S certification and training provider created to help businesses manage fatigue in the workforce and meet work health safety standards, knows how long it can take to create a profitable business.

“In my experience it generally takes five years to break out of (just paying) wages,” he says.

“Then once you cross the five-year mark, you start making profit.”

Torazzi’s first business was a translation agency that he started after university and ran for 10 years. The second, a fashion business at Paddington Market, began after he and his wife returned from a few years travelling.

In 2006, Torazzi had the idea of introducing sleeping pods into the corporate world in Australia, based on the concept that napping during the day can increase productivity.

“It was a bold idea, I got the licence from MetroNaps in New York to use the concept,” he says

While he says the sleeping pods were set up in about 20 different Australian companies, it was a “tough slog” trying to educate the wider market about the benefits of taking naps during work hours.

The sleeping pods venture never really took off but Torazzi says that business provided an important segue into his latest business, AlertForce, which he founded in 2009.

“I met most of the leading sleep academics in Australia and through those networks we established the requirement to do an accredited course on managing fatigue,” he says.

“We partnered with an online training organisation and were able very quickly to secure 20% of the market.”

Torazzi says the first four years, however, were very tough and some of the problems had to do with “lumpy revenue models”.

“We would get a requirement to get training done and revenue was great for six months, then requirements would dry up and the gap between meaningful funding widened,” he says.

“We were just making wages at the time, just enough to keep our head above water.”

Torazzi says he also had a “bust up” with one of the original founders of the sleeping pods business, and had to buy out the third partner at a time when the business was not making much money.

“It put an incredible strain on a young business,” he says.

But the business began to turn around in 2011, especially once AlertForce became a registered training organisation.

“Since then things have really gone from strength to strength, we’ve been lucky with compliance requirements and there’s been plenty of them,” Torazzi says.

“In last few years, the business has got a lot stronger.”

But Torazzi says the growth has brought about its own challenges.

“As you grow, you have to invest more and more in systems and staff to manage that,” he says.

He says growth has actually slowed somewhat since the 2013-14 financial year, when AlertForce turned over around $4.4 million.

He put that year’s “300% growth spurt” down to an anomaly, a year when a big compliance report came out and there was a lot of work.

“I’d never been in that territory before, but we found we had to go backwards a bit (since),” he says.

“Moving forward we’ve been working on program that’s been starting on growing our business in the next few years.”

For Torazzi, going backwards in terms of revenue for a while is OK because it has allowed AlertForce to make sure it has the business structures in place to go to the next level.

“Rapid growth can be painful,” he says.

“It’s great to make money, but a steep learning curve.”

SmartCompany spoke to Torazzi about working on, instead of in, his busines and about the rare relationship he shares with business partner, Mike McManus.

Torazzi is up pretty early most mornings at 6am and ensures he starts his day with a clear mind.

“I’m into meditation, I try to meditate every morning and night,” he says.

When he gets up Torazzi usually makes his three children lunch every morning.

“It’s a small thing I do but it helps make the house run like clockwork, and alleviates the pressure of my wife,” he says.

Once the kids are ready, Torazzi fits in a quick surf at about 8.30am, usually about four times a week.

Torazzi’s work day usually begins with clearing out his inbox and then he finds more and more it’s about “working on the business instead of in the business”.

“I spend a lot of time structuring the business, so we have three or four line mangers which report to me,” he says.

“The structure is set up so when we grow… we have a structure in place that doesn’t fall over.”

Torazzi says he is looking forward to leading a company leadership eco-retreat in Lombok, Indonesia, in the next few weeks, which is the first time AlertForce has held such a retreat.

“I’m taking the three in my management team and business partner, we’re going to plan out the year and what 2016 will look like and review things,” he says.

“We know a big growth spurt is about to happen again.”

Torazzi says if all goes well he hopes to run two retreats a year – an idea he borrowed from the model run by the Entrepreneurs’ Organisation, of which he is a member.

He says his relationship with his business partner Mike McManus has been a driving force behind his entrepreneurship.

“Mike is about 20 years older, he is a non-executive so doesn’t work in the business,” he says.

“We have a very rare partnership because Mike was my angel investor in 2006.”

The pair originally met when McManus hired Torazzi as a bookkeeper in 2004 and McManus went on to help fund Torazzi’s sleep pods business.

“On a personal level it was very important I paid every cent he put into my business back,” Torazzi says.

“When running a business, it’s good to have one captain, not two.

“I think that’s what happened when my original partnership split up. It’s hard to have a partner working on a business unless they have complementary skillsets.”

“Mike and I found we shared four of six values,” he says.

“That was quite telling; we know we have a successful business partnership”

Torazzi tends to travel a lot with his family, taking sometimes eight to 10 weeks off a year, while every quarter he’ll have a break, normally in line with school holidays and Christmas time.

“Small business is almost like a family. I expect everyone to leave by 5.30pm; I don’t want people to work crazy hours.”

To achieve this, Torazzi says AlertForce has invested heavily in the automation of systems.

“If you can’t get work done in time there’s probably something wrong with the system,” he says.

Torazzi, whose office is in the eastern suburbs of Sydney, says his “lifestyle is great”.

“I’ve set up the business around what my value systems are; my most important value is family,” he says.

“With young kids, I want to be around them as much as I can. I don’t work weekends – it’s time all spent with the family.”

It seems Torazzi has done a lot of professional soul-searching lately, bringing in a change management consultant to understand how AlertForce and its staff can benefit and adapt.

“As a business owner, it’s like opening a can of worms when going in and surveying staff and asking what’s good, what’s bad,” he says.

“(But) we created space where they can feel safe in disclosing those things.”

While Torazzi admits the process might be “pretty painful as business owner”, he says there have been some really positive things to have come out of it.

He thinks having staff on board who are able to cope with change is going to be essential for the next phase of AlertForce.

“One of the things, through hard work is we can get to $5 million in turnover,” he says.

“If you want to go over that you’ve got to have a bit more structure.”

“It’s a new concept shaking up the way qualifications are delivered, and will be promoted through the website ohs.com.au,” he says.

Torazzi says he has no immediate plans to start any new businesses and will focus on growing Alertforce.

“Having gone through quite a few startup processes… I’m now focused on what I’ve got and how to grow this,” he says.