Diary of an entrepreneur: From Little Flowers big things grow 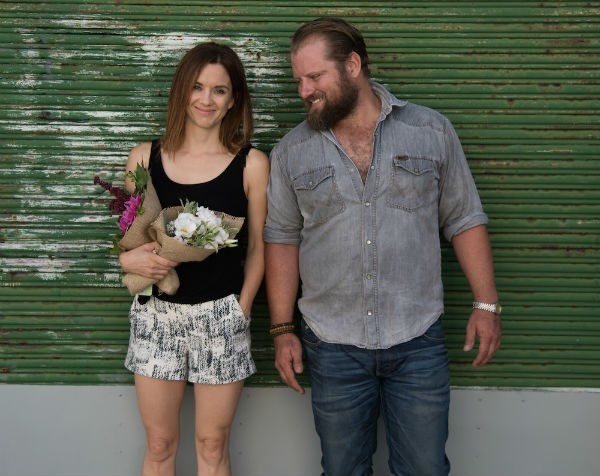 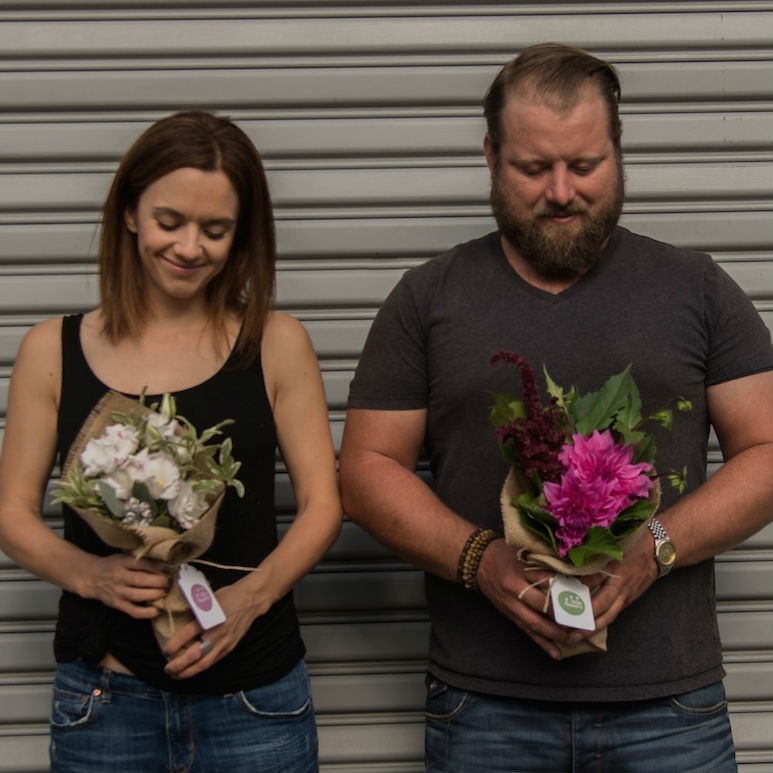 If you think going from the cut-throat world of advertising to starting a successful online floristry business via some animal liberation in Transylvania sounds like a bit of a leap, you’re probably right.

The company, which started in 2013, now has an annual turnover of about $1.5 million a year, and, according to Berents, has already grown its distribution area to deliver flowers to most of central Sydney – not bad for an online florist with no traditional bricks-and-mortar to speak of.

“We put a lot of emphasis on social media because we don’t have a shop front and being an online business, social media is the best way for us to connect and converse with the Little Flowers community and for us to get our tone of voice across.”

Berents says not having a shop front is a deliberate strategy to avoid high rental costs, which also means the business can pick up sticks whenever the owners want.

Previously, Berents, along with his partner and co-founder Sarah Regan and fellow co-founders John Kane and Ben Sampson, were all friends working together in “ad land”.

“We always used to bounce ideas off each other, looking for an escape out of the industry; one day it got too much for us all,” he says.

At this point the group embarked on different solo adventures – Ben went to Sweden, Sarah to the UK and John to Ireland.

Berents’ sojourn was to Transylvania in Romania, where he says he worked rescuing bears with an animal sanctuary he’d came across on a YouTube documentary.

“I was rescuing them from gypsy fighting rings and dilapidated circuses and liberating them,” he says.

Berents says it was around this time the idea about “taking the bigness out of flower giving” came into fruition.

First and foremost, the group saw an opportunity to differentiate themselves from traditional florists’ big floral arrangements (with equally big price tags), and, on the other end of the scale, the cheaper quality flowers usually bought at service stations.

“We saw a gap in the market for small bunches made with love and made ours wrapped in hessian; very rustic and beautiful,” Berents says.

“Sarah took it a step forward and came up with the mission statement that flower-giving should be more accessible and about putting more smiles on more faces for more reasons.”

They also found other reasons to do things a little differently – like keeping all flower bunches the same size, price and style.

“The way we can afford to keep it at $30 (a bunch) is the lack of wastage on a daily basis,” Berents says.

“We only do one style of bunch a day so we only have to buy one type of flowers for the day and we buy in bulk, which gives us a discount.”

Taking the “bigness” out of giving flowers also extends to taking the bigness out of why people give flowers too. Berents says part of Little Flowers’ ethos is “not to let any of life’s ups or downs go flowerless”.

Dropping the price of flowers also opened it up for people to give flowers not just for compassionate reasons but for the “silliest of reasons or no reason at all”.

“It’s opening it up for any number of reasons, for $80 you want a damn good reason for sending a bunch of flowers,” he says.

“These things wouldn’t take off if the flowers were big and serious,” he says.

Berents’ day starts with a rumble with his dog Tess in the local park, but it’s not as early as it used to be.

“I don’t go to the markets, when we used to go it was 3.30am starts, but we have experienced buyers now who do that, and do an amazing job,” he says.

“We might only have little flowers, but we certainly have big ambitions for the company”

Work starts when Berents gets a text about what flowers have come back from the market and he files off the day’s first social media posts, which he also might do outdoors.

“I like to think the outside air helps me think better,” he says.

“After that I go to the creative space, and we take a photo of the day’s bunch, and we upload to Instagram, to Facebook and then send out a subscriber email about the day’s bunch.”

Berents says a lot of his day-to-day duties centre around keeping up the morale of the 17 staff and couriers who work at Little Flowers.

“It just keeps us all smiling; particularly in the morning when everyone is trying to bang out 100 bunches by 11am.”

After lunch he sets to work on PR and marketing duties, planning events and looking at how to grow the business.

But it’s his partner Sarah who takes the reins when it came to the finances and money side of things, which he thinks is a good balance for his creative leanings.

“Sarah’s exceptionally good at budgeting, I can be over-opportunistic about what we can achieve and do,” he says.

Berents says his life after advertising is “astoundingly better” when it comes to his work-life balance.

“The advertising industry can be exceptionally brutal with the hours you work,” he says.

“The pay isn’t as good for the moment but life is good, especially every time you see someone with flowers with your branding on it.

“It’s really rewarding, we could always go back, but at the moment we’re doing really well.”

He counts time outdoors with his dog, riding his Harley or camping with Sarah as some of his favourite ways to spend his down time.

“Nature is very grounding, the more time I can spend in nature the better quality I can give at work,” he says.

Expanding to other cities and countries could be on the horizon, according to Berents, with one of the next steps including finding like-minded people to join Little Flowers’ family here and abroad.

“We might only have little flowers, but we certainly have big ambitions for the company,” he says.

Looking back on the past few years, Berents’ advice to others thinking of starting their own business was to not be afraid of making mistakes.

“If you believe in it and you’re passionate about your idea, the hardest thing to do is actually doing it,” he says.

“We lived in our head for nine months before we acted on it – if you live in your head long enough you’ll talk yourself out of it.

“Don’t just back yourself, surround yourself with people who make you feel good and make you feel you can do anything, and believe them.”