Diary of an entrepreneur: How Katrina Knowles rebuilt The Elandra Resort after Cyclone Yasi 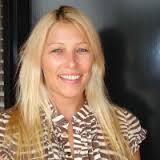 When Cyclone Yasi hit Mission Beach in February 2011, Katrina Knowles was taking cover inside The Elandra – a beachfront hotel she had spent years transforming from a dilapidated and run-down property into a luxury resort.

“It was a very traumatic experience,” says Knowles, remembering the moment.

“It was a massive storm. There were strong winds gusts and banging noises. Everything was shaking.”

“Nothing, nothing can ever prepare you. You could be prepared as much as possible in all the administrative ways, or actually physically at the property, but nothing can prepare you to go through a natural disaster like that.”

But Knowles says it wasn’t the property – which she later found looking like a “warzone” – that was her main concern.

“When you are a business owner, you’re taking care of your business, but your business assets also include your employees,” she says.

Many of Knowles’ staff had lost their homes in the cyclone and it was important for her that the business housed and looked after each of those 80 employees for several months after the storm.

“When you’re left in such utter destruction like that, really what you need to do is dig deep and you actually need to find the strength to be able to get through.”

Coming out the other side of the storm, Knowles has now rebuilt The Elandra back to its former glory above north Queensland’s picturesque Coral Sea.

Knowles has changed The Elandra’s focus from traditional accommodation to a destination for weddings, events and conferences. The business is growing strongly in its new capacity, turning over between $1 million and $3 million annually.

Knowles, who is the daughter of 2013 BRW Rich-Listers John and Coral Knowles, sits down with SmartCompany to talk about putting her work boots on, snaring celebrity chefs and the future of her iconic resort.

Knowles, who splits her time between Mission Beach and Melbourne, starts the day out simply with a piece of toast and a cup of tea.

She admits she’s not one to be up at the crack of dawn, but says at certain times of the year she will be up and at them early.

“We’re currently refurbishing the garden, so I’m out there in the morning with the gardeners with my work boots on,” she says.

“We employ a lot of people, local workers, backpackers, tradespeople. So there is a lot of coordinating to be done.”

Coordinating The Elandra’s core business is a big part of Knowles’ day, so that means plenty of meetings and phone calls.

Whether it’s organising pearl boating or jet-ski licences for the resort, designing menus with chefs based on ingredients sourced from local farmers, or working with local tourism boards on promoting Mission Beach, Knowles’ days are varied.

She’s worked hard to promote the resort as well, snaring celebrity chefs such as Matt Moran, Curtis Stone and Miguel Maestre for seasonal events and hosting a range of different television shows at the property.

“We had the Real Housewives of Melbourne recently, that was lots of fun,” she laughs.

In her down time, Knowles enjoys gardening and cooking, and loves attending yoga classes.

She and her husband have vowed to do something they’ve never done before each time they are in Mission Beach, and Knowles says they love to try out new restaurants or visit landmarks like the old sugar mill.

“We love driving around and finding little secret spots,” she says.

Knowles says she has got much better at having a work/life balance after struggling in the early stages of launching the resort.

“When the resort was first open, and it was open 365 days a year, it was very hard to turn off,” she says.

She says the experience of Cyclone Yasi certainly made her re-evaluate her priorities.

“It’s not until you make a decision to be more balanced that it becomes easier. But even then, you never really turn off.”

Knowles has recently acquired a villa in Canggu, Bali, which she says will create a wonderful incentive for couples marrying at The Elandra.

“It’s exciting. It gives them the opportunity to have their wedding and fly straight off for the honeymoon,” she says.

The company plans to offer the value-add to all of it customers over the coming months and eventually expand further into the overseas luxury villa market.